REFLEXIONS of a DYSLEXIC MIND 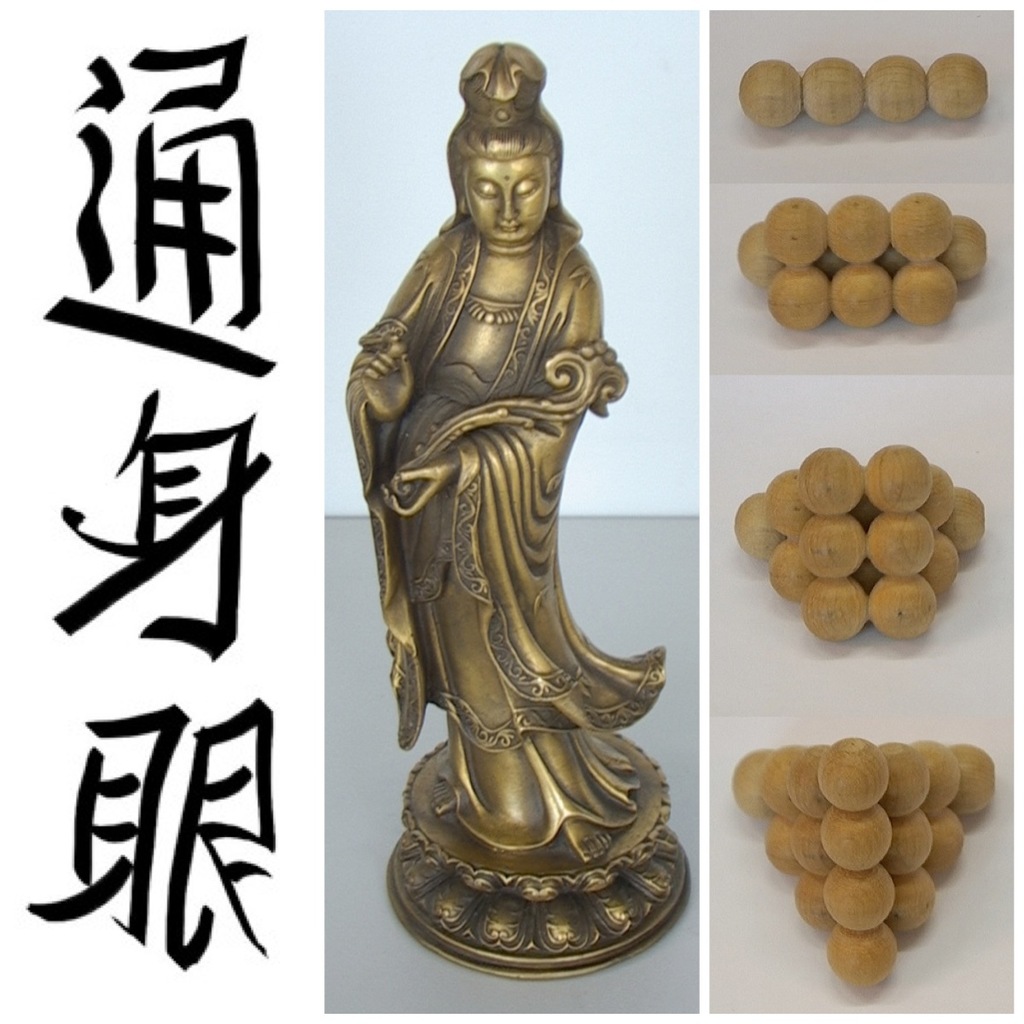 REFLEXIONS of a DYSLEXIC MIND

subsequently nurtured by family, friends and the experience of an early

Coronation of a New Queen. 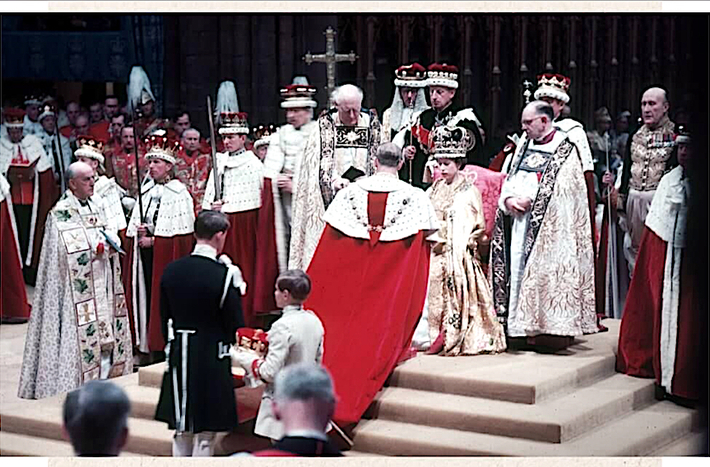 plus examination to gain entrance to Borehamwood Grammar School - and 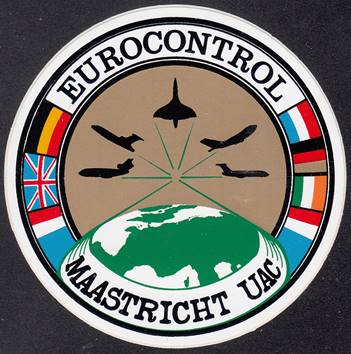 Reflexions of a 20 year career in

with a familiarisation of mainframe

computer systems based on an

Mainframe - the size of a block of

experience at London Radar, on

the North Side of Heathrow Airport

West Drayton as an Area Radar

of Acorn Video whose systems were based on the Acorn Business Computer,

the Advanced Research Machine Project which has NOW transmogrified into

the ongoing development of the ARM microcomputer chip, the first of which

[IS] installed into my soulmate's Apple iPhone.

Reflexions of the good times when working with Acorn the BBC, Microvitec,

iQual, which was a hive off from INTEL in the 1990s and STL Technologies -

as the rate of change of every underlying component technology, of an ever

developing global system of communications, continued its once burgeoning

geometric progress to finally mutate into its latest exponential phase.

Reflexions over the years of my overarching commitment to the enactment

to collectively and individually come to terms with our need to

accept ourselves without fear - in the face of society's status-quo

mis-understanding of our dilemma ( "how could you, being a dyslexic,

different set of skills and talents, because the connections in our brains are

geared to a completely different set of perspectives to the "lexic mainstream".

The true importance of the dyslexic mind lies in its MIND strengths.

While not every individual with dyslexia enjoys all the MIND strengths,

most show one or more of these important abilities, and these strengths

often provide the keys to their success - Epilogue by Brock Eide, Fernette Eide

The Dyslexic Advantage: Unlocking the Hidden Potential of the Dyslexic Brain 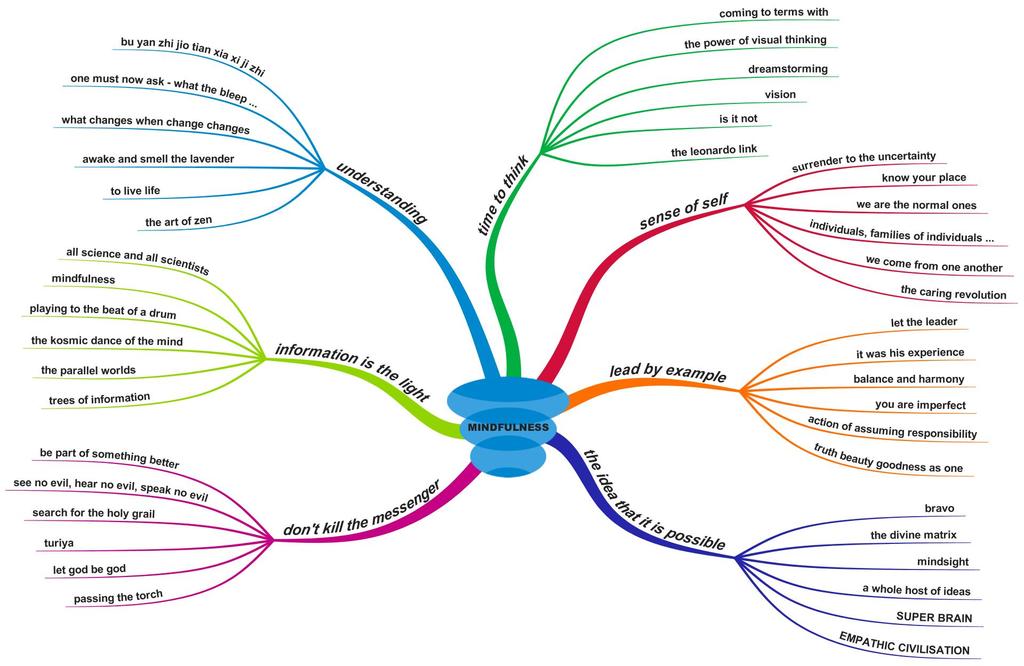 This MINDFULNESS Mind Map provides a matrix of 49 "tunnels"

to Coexistence, Cooperation and Collaboration - such that the collective

- point of view - will then subsequently lead to the establishment of

a new model & method of wealth creation, mutually beneficial to ALL.

I have spoken at length, throughout my zbloggings@gaia, about the urgent

ENVIRONMENT; and had genuinely believed that, in their quest for more

sufficient to initiate the switch.

IT IS NOW apparent, however, in the light of the global events that have

events, that NO BETTER understanding exists today in our masters

MATTERS have IN FACT got worse instead of better; to  the  extent that

definition of the words used to describe the BIG PICTURE, rather than take

In the context of "TIME BEING a RIVER" the river of reflexion • which  I am painting in my own AlphaINDEX of Stories • consisting of a one year, day by day cycle, of reflexions of connected events of the life which was borne into this world by SHE who has finally passed the torch... [IT] IS fitting, therefore, to thank you ALL for your kind remarks and to advise you particularly that I have cherished this solid brass statue and its intricate detail  for many a year as part of a collection which symbolises for me the passing of the torch - in the form of   the seed amongst us zaadzsters et al - from Guatama Buddha to Mahakashyap and onwards from India to China, China to India, India   to Japan, Japan to the USA and hopefully now  from the USA to the entirety of all the peoples of all the nations of the WORLD.

THE most important lesson that I learnt at Borehamwood Grammar School - was that which was delivered to me by my English Literature teacher call Mr. Wilkinson. When discussing the concept of critical analysis & appraisal, I said that there were obviously two directly opposed categories of criticism - constructive & destructive - to which he replied never ever apologise for offering constructive criticism - while all those around you perceive ALL criticism to be destructive.

For one who has conquered the mind, the mind is the best of friends, but for one who has failed to do so, his/her very mind will be the greatest enemy and as Carl Jung so rightly stated -

When one considers the actions of our "masters of the globe" ...

I invariably amuse myself by thinking about Leonardo da Vinci's

take on them, which was that they were -

"as wise as the wind they fart from their arses"

"The Idea That It Is POSSIBLE:  SUPER BRAIN ... Empathic Civilization"  Yes!
We can discover that super-positive imagination generates powerful fields of transformation.

"To journey, you must have eyes for the journey; if you don't have eyes, the baldies will set out used furniture from the past before you, putting big prices on them, boasting in a hundred ways that they are rare and marvellous treasures. You may lose your eyes and brain all at once; unable to get anywhere, you may not avoid being confused by them and getting into a bunch of antique curios, never to emerge."

Comment by Michael Grove on June 21, 2019 at 8:07
Capita plc announces that it has acquired STL Technologies Limited (‘STL’) for an undisclosed sum. STL provides software and ICT to the criminal justice system, including courts and the police, and to asylum and immigration tribunals.

Andy Parker, Capita plc’s joint chief operating officer, said: “The acquisition of STL will provide further depth to the range of solutions we offer the emergency services, criminal justice system and wider public and private sector clients. It has significant synergies with our existing justice and secure services business, which holds contracts with the Ministry of Justice and the UK Border Agency. We already work, in some capacity, with all police forces in England and Scotland and with a number of large public and private sector organisations. These additional capabilities will allow us to provide new solutions, on a tailored basis, alongside our multi service offering.”

STL has around 105 employees, primarily in Bury St. Edmunds, Suffolk.