What changes - when change changes ? 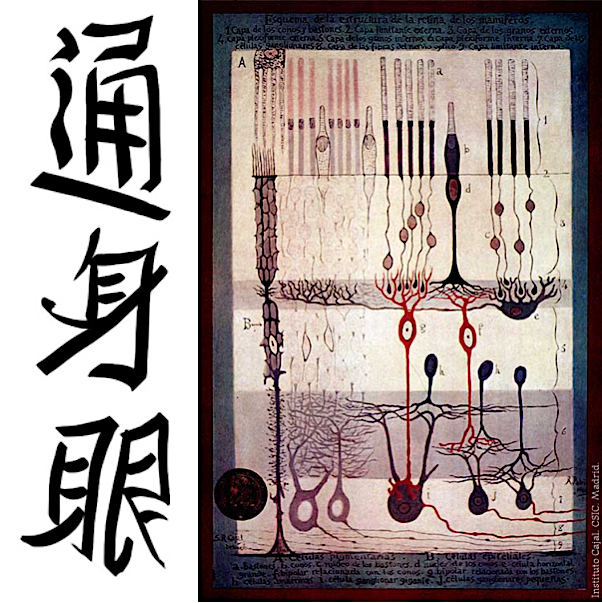 What HAS changed - is our understanding of

the world - we don't have to rely simply on the

wisdom of our own brain - we have language -

we have literature and now we have computers -

and that links us ALL together - that gives us the

wisdom of all those who have gone before ...

The Story of Science: Power Proof and Passion - having just referred to

through his love of art and photography -  to ponder the question

the processes by which the communications networks inside our heads

and I would say -

metamorphose. THIS IS how we change our way of life - and have

the confidence to take appropriate action in response to our

own responsibility for passing the torch to future generations.

“The population undergoing drastic change is a population

of misfits, and misfits live and breathe in an atmosphere of

passion and imbalance, explosive and hungry for action.”

Eric Hoffer in The Ordeal of Change

new stories. For each of these catalysts, the map highlights several

action zones and a core challenge, as well as signals of innovation

and change drawn from the Searchlight newsletters. In converting

this map into a game, the Rockefeller Foundation sought to support

a worldwide conversation about the ways that the four catalysts

could serve as a starting place for innovative practices in global

Global connectivity, smart machines, and new media are just some

of the drivers reshaping how we think about work, what constitutes

work, and the skills we will need to be productive contributors in

the future. THIS REPORT analyzes key drivers that will reshape the

It does not consider what will be the jobs of the future.

Many studies have tried to predict specific job categories and labor

requirements. Consistently over the years, however, it has been

shown that such predictions are difficult and many of the past

predictions have been proven wrong.

Rather than focusing on future jobs, this report looks at -

embark on a new collective relationship with NATURE, which establishes

a timeless zone for communication and commerce in4D by realising

reclaim y[our] species lost relationship, as a constituent component of

NATURE, through a permanent manifestation of the original concept of

“We don't have to engage in grand, heroic actions to participate in the process of change.

Small acts, when multiplied by millions of people, can transform the world.” -Howard Zinn

THE need for science and scientists to accept the responsibility to explain spirituality !!!

When the time comes for change, it would appear that our species natural inclination is always

to move to the West regardless of which direction we set out from in the first instance.

Embracing Change As Your Spiritual Practice

Change is a constant in today's world. Technology is accelerating, globalization is making the

world more and more complex, and the pace of life seems to be speeding up every day. While

Cohen says that change is not something to be avoided, or merely tolerated, but an essential

aspect of reality that needs to be consciously embraced.

Change is in fact the spiritual essence of life itself and the source of a new enlightenment.

Enlightenment empowers you to wholeheartedly participate in the process of change

as your own spiritual practice. In doing so, you can not only makes deep sense of life

today; but you’ll discover how you can play an active role in shaping the world of tomorrow.

“Evolutionary Enlightenment shows us how—not in some future time but now—each of us can respond to the evolutionary impulse seeking to emerge in, through, and as every human being, birthing an enlightened society.”

We are aware of the imagined limitations that are continually imposed upon the collective.

However, there are those like yourself who are moving through these limitations recognizing

they are just false beliefs that have been handed down from generation to generation.

understood. When you honour your magnificence, when you stretch the imagined boundaries

of you are and recognize what you can create or call forth, you truly begin to realize that you are

Label it a Miracle by Peggy Black and the ‘team’

Nothing is more fascinating to us than, well, us. Where did we come from? What makes us human?

An explosion of recent discoveries sheds light on these questions, and NOVA's comprehensive,

understanding of our earliest ancestors.

Featuring interviews with world-renowned scientists, each hour unfolds with a CSI-like forensic

investigation into the life and death of a specific hominid ancestor. The programs were shot

"in the trenches" where discoveries were unearthed throughout Africa and Europe. Dry bones

spring back to life with stunning computer-generated animation and prosthetics. Fossils not only

give us clues to what early hominids looked like, but, with the aid of ingenious new lab techniques,

how they lived and how we became the creative, thinking humans of today.

Rick Potts, a paleo-anthropologist at the Smithsonian Institution, sees evidence that early

humans were adapted to change itself, specifically the frequent and severe environmental

changes that occurred in Africa and elsewhere beginning around 800,000 years ago.