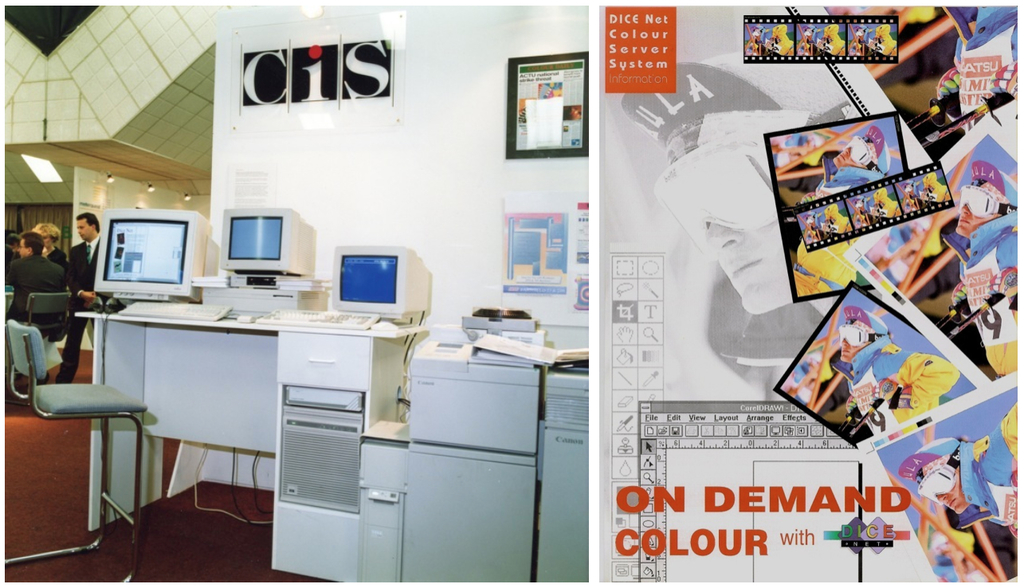 Established a European wide network of Interactive Multimedia Bureaux in

development of the world's first ever networked On Demand Colour

solution, in collaboration with the Victoria State Police and their network

consultants. It was this base system which was tried and tested by the

American Military during the Gulf War, utilising satellite imaging and

the European wide network then went global and a sophisticated remote

access, diagnostics and fix solution was developed to support this

initiative. This solution was subsequently supplied to the MOD.

A Case Study in Color Management for Distributed Digital Media

Distributed digital media need color management just as traditional printing does. However, no tools or practices exist for managing color on the World Wide Web. Consider a GIF image in a page of HTML on the World Wide Web. Pixel colors in the image are implicitly tied to characteristics -- such as phosphor chromaticity, gamma, and white point -- of the device on which it was created. Unless the display device miraculously happens to have exactly the same characteristics, image color will not be preserved.

Color management can solve this problem, even though the color characteristics of the display system are not, and cannot be, known at the time the Web page is created. A technique is presented to embed in the GIF image an International Color Consortium device color profile describing the source device. Armed with this and an ICC profile for the display device, the Web browser can then create and display a GIF image, in the device color space of the display device. The benefits of applying this technique and some of the pitfalls are discussed. 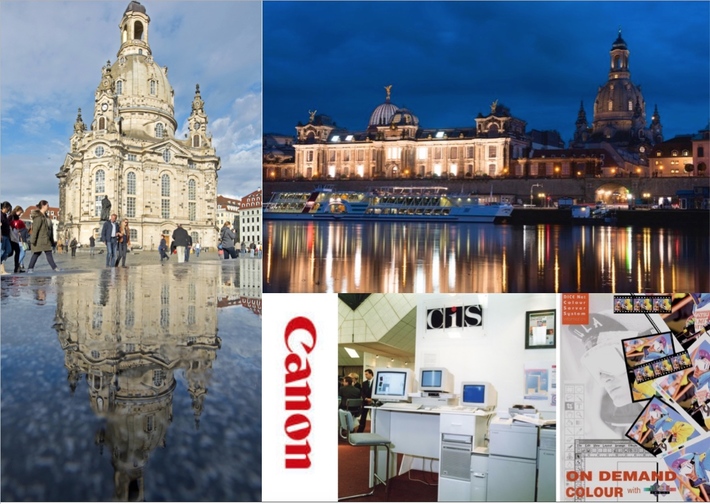 I felt about flying into Dresden Airport during 1992. Canon Europe

establishing as part and parcel of the planned city-wide installation

of Fibre Cable Network, the latest updated version of Canon's

which was being built in a disused factory, which when I first arrived,

When at first the money started flowing into East Germany, the

authorities had so much and so little to spend it on in Dresden,

that they replaced and expanded massively the number of old

'park-benches' to facilitate the situation. On arrival at the airport,

on that first occasion, internally painted wooden tunnels had been

erected for the passengers to walk through, from the aircraft to

the terminal building, and on exit I was met by a sea of Trabant

taxis and their drivers vying for my trade. That first journey, what

with the state of the unmaintained roads and the interminable wait

at the multitude of traffic light controlled junctions, took 25

minutes or more. The last visit, taking the same route in a

Mercedes Benz, took less than 10, despite all the roadworks

engaged in the installation of fibre-optic network cables

throughout the city. What a contrast to the situation today

where it appears that Dresden has risen from the ashes and

Dortmund has become the old Dresden !!!??? Established a European wide network of Interactive Multimedia Bureaux in collaboration with Canon, Xerox and DELL/DEC Computers, following development of the world's first ever ether-networked On Demand Colour solution, in collaboration with the Victoria State Police and their network consultants — in Witney, Oxfordshire. 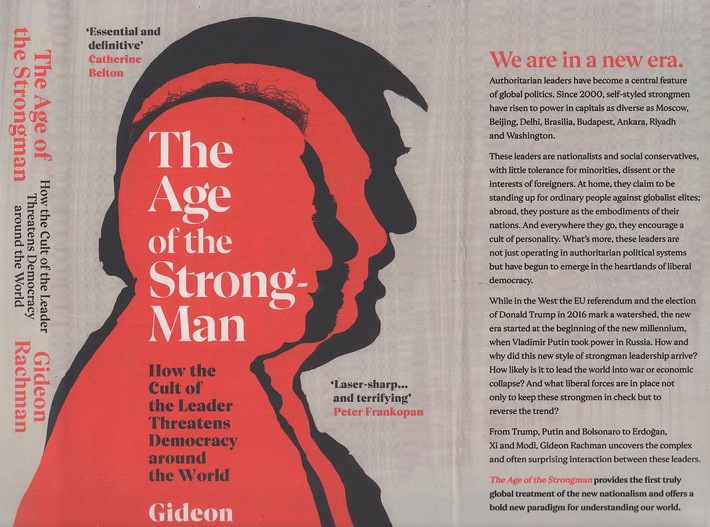 Having been reading the Putin - the archetype first chapter of Gideon Rachman's book The Age of the Strong Man • I have formulated the impression that the man that Canon had got to head the project in Dresden, who drove us around in his Mercedes-Benz 600, was in[DEED] an ex-Stasi member, who had made all of his money selling details of East German business men, who he knew had money, to Western Bankers.