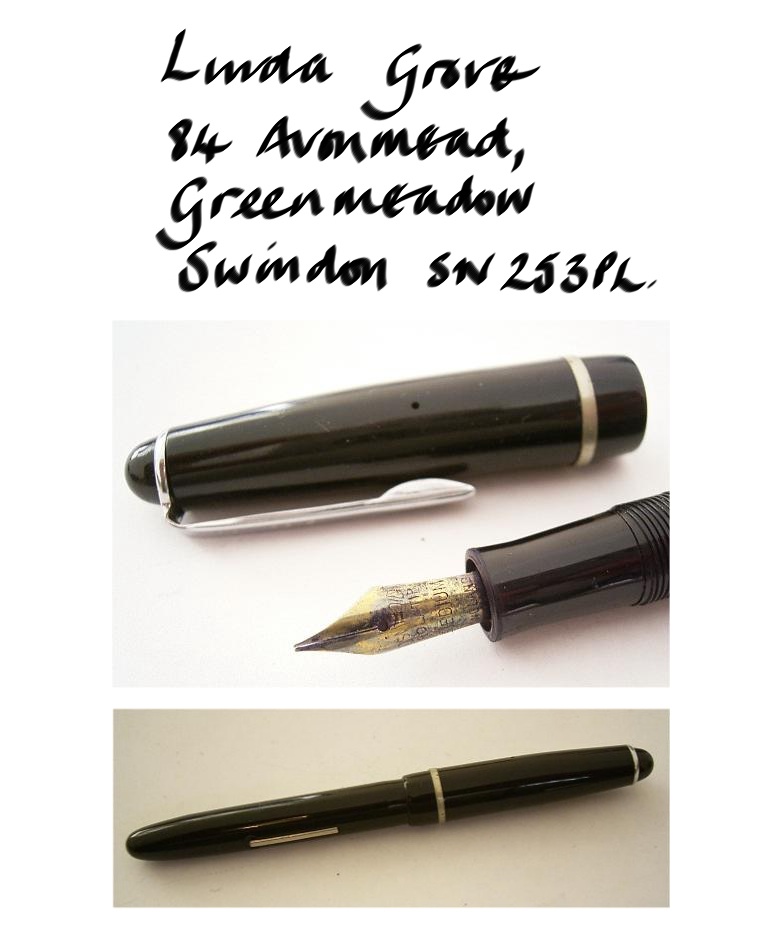 The BEROL HISTORY says that - " The name Osmiroid International is quite a recent name for a Company whose roots go back to the early part of the nineteenth Century.

It started with James Perry who was an educationalist in advance of his time.

He lectured throughout the country on his method - based on what seems to have been a revolutionary idea then - that the pupil's interest be aroused in order to pursue their studies with enthusiasm.

In order to test his theories, he ran two private schools, one for each sex, in London, where it can be assumed that the making and mending of quill pens was burdensome and time consuming and where a pupil remembered ' the tedious waiting for the patient usher, who passed from desk to desk with his penknife, mending pens, and paying little attention to anything else '.

No doubt this irked the energetic and methodical James, who invented a method of slitting a metal pen to give flexibility and ink flow. Metal pens of sorts had been in use since very early times, but won no popularity on account of their rigidity. While James did not patent the perfected nib until 1830, in the reign of George IV, pens made under his directions were in use as early as 1824, while it is recorded in 1819 he was giving metallic nibs of his design as rewards of merit in his schools.

It must be remembered that this was the age of the Scribe, in business, in the Law and in Schools. The typewriter was yet to come, and men spent their lives working for long hours, six days a week copying documents. The custom was that Law Scribes were allowed one quill per day, and a day's writing wore out the longest quill, so it can be imagined how much time was spent in trimming and mending and the difference the metal nibs must have made.

One Robert Griffin, a Law Scribe, records that he wrote for eight weeks, eight hours a day, with a pen made by Perry, in 1824.

With the coming of Peace, following WWII, the demand for what were now called "dip nibs" was enormous and "Iridinoid" and "Osmiroid" nibs were exported all over the world. However it became obvious that the future of the Company lay with making fountain pens. Between 1948 when a pilot factory was built, and 1953, the Factory was moved to Gosport to obtain much needed room for expansion and better working conditions.

... & so it was as a reward of merit that I received an "Osmiroid 65" fountain pen and the nuns at my primary school in the Archway, London, taught me to write in LEFT-handed italic handwriting - to the point where others took over to prepare me for my 11plus exam that gave me entrance to The Grammar School.

Among other things, that exam required me to demonstrate my prowess in english reading as well as writing … unfortunately by that time I had never read a book of fiction.

I was encouraged to read The Swiss Family Robinson & I used the formula of that book as a template to write my 11 plus english essay exam - in the context that Heathrow airport was an “island” and that in consideration of the fact that ...

no man was an island - this self contained island was THE stepping stone to the world.

What changes when change changes - nibs change to styluses - with which you can sketch, draw, create fonts & left handed calligraphy on the likes of a Motion M1600 Tablet

Our institutions need more "outsiders" with the enthusiasm and knowledge of Christopher Martin-Jenkins. The passing of the inspirational amateur leaves us ALL the poorer.

According to his biographer Janan Ganesh, George Osborne privately maintains that -

"politics is a trade with its own skills and codes that can only be learnt on the job. It is not an amateur vocation for talented people from other fields.”

The Chancellor likes to refer to these initiates as members of what he calls the “political guild”, taking the view that nobody else much counts.

Many of the problems facing the modern Conservative Party derive from Mr Osborne’s arrogant view that politics belongs only to a gilded, professional elite. Nothing could be further from the truth, and no wonder Conservative members are turning away in disgust.

This spells out the consequences of one of the more malign developments in British public life: the rise of the expert. Unfortunately, the poverty of vision articulated by the Chancellor stretches far wider than politics. Policing, to give one example, is no longer just about solving crime. As recent events have shown, the Police Federation has become a powerful lobby group, and one, moreover, that is malevolently contemptuous of the public interest and even at times (it would appear) opposed to the rule of law.

Christopher Martin‑Jenkins was such a wonderful and truthful broadcaster. His quiet, unassuming and lucid commentary, informed by Christian beliefs and sense of place, was in its way an expression of a world view and a philosophy. That is why the BBC needs to think long and hard on what made him so good at his job. And not just the BBC – the political guild has plenty to learn too.