SO ALSO in DEATH

"Joan and Lou" finally together as her body

was gracefully lowered into the earth on

Friday 26th October, in the grounds of her

The Mother that bore me finally at peace with her GOD.

moved south with her family during the 1930s. Having met and married Lou – to

The Archway, North London before the family moved to Hertfordshire. It was

during this time that Joan passed her driving test. She proudly purchased her

North Norfolk – also during the 1930s. They liked it so much that they decided

to retire here in the early 1970s. Her own Yorkshire accent had most certainly

become tinged with a Norfolk one over the years. She was a fine seamstress and

of bone china. Joan was a regular churchgoer and loved this church in Kelling.

Following Lou’s death she gradually became too frail and unable to attend.

"Joan and Lou" most certainly did that - and the stained glass window of St Mary will, forever and a day, provide testament to that fact - during their final 40 years together in Holt.

"Helen Thomas passed away with 92 years - here my last interview

When my mother died unexpectedly five years ago, I was consumed

with remorse. She lived only nine miles away, yet I had not seen her for

a month. Because Mum had been in good health, I foolishly assumed

things that needed to be said. TIME, it seemed, was elastic - I could

stretch it to accommodate my blinkered and, let’s not dodge it,

self-aggrandising behaviour. Sadly, I failed to hear what the poet

The upshot was distorted priorities. Illusions of urgent demands –

career, status, approval – were given immediate attention. By contrast,

precious, unrepeatable moments with loved ones were squandered.

"Money may be the husk of many things but not the kernel. It brings you food, but not appetite; medicine, but not health; acquaintance, but not friends; servants, but not loyalty; days of joy, but not peace or happiness." - Henrik Ibsen

My mum's most favourite wine was that which I presume my dad introduced to her on his return to the UK, following his service in Italy during World War II. 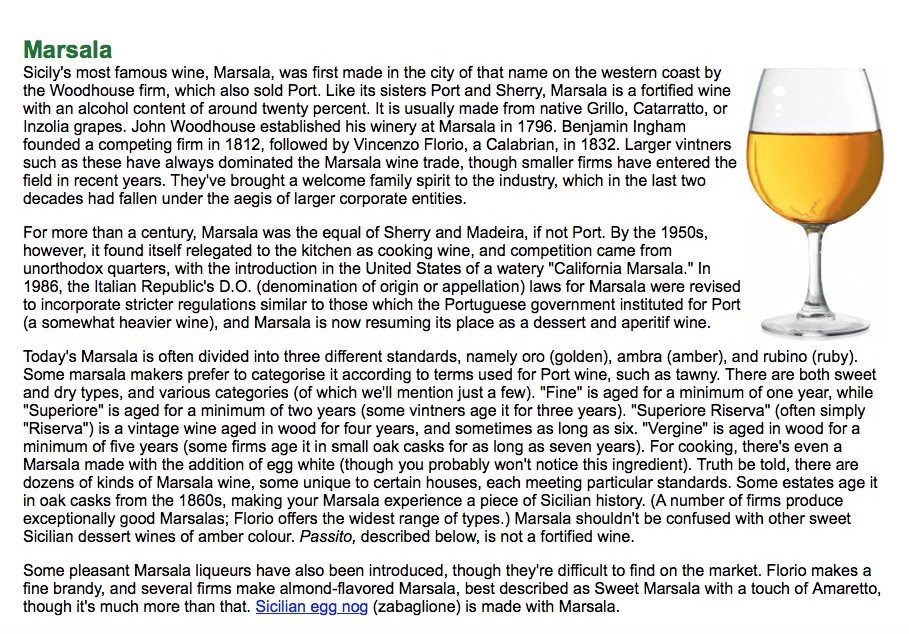