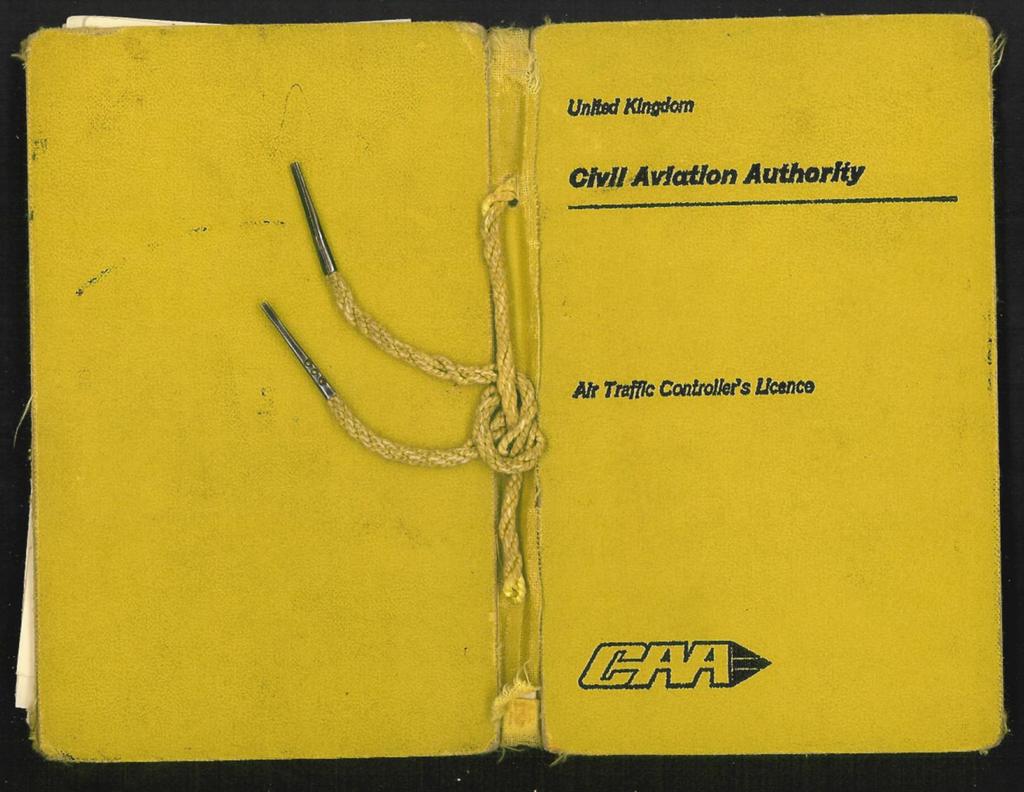 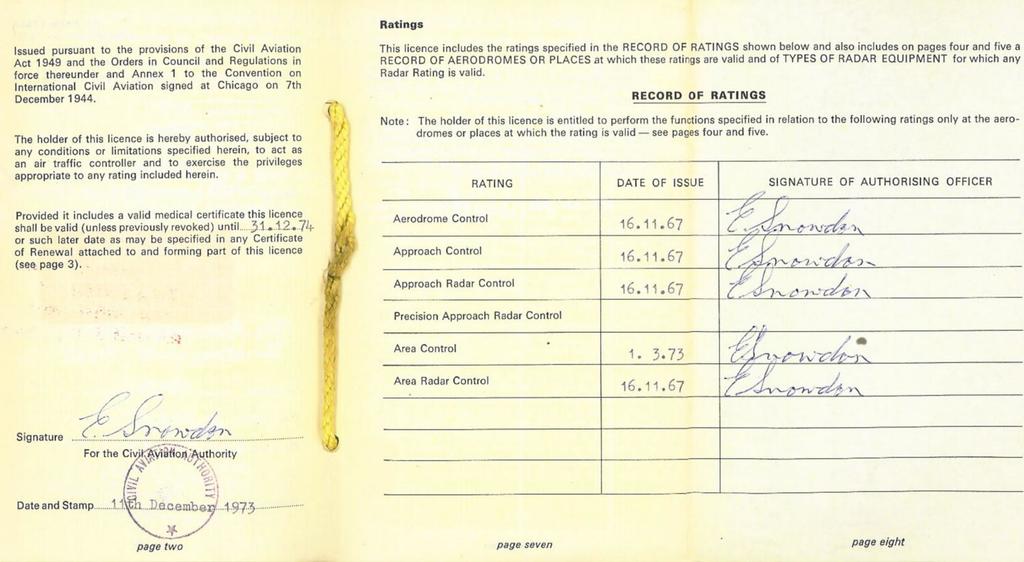 can afford to get married that laughter IS THE BEST medicine

so spend a few minutes of your time

Europe 24 from NATS on Vimeo.

in the year i was born

THAT WAS, of course, the year when I “first” posted this_zBlog@zaadz

IT was the British who first established an Air Traffic Control system following the use of an elementary form of radar during WWII.   I was one of the first Air Traffic Controllers, to be selected from Grammar School, who qualified in 1967 with a pilot's licence, ATC Aerodrome, Approach, Approach Radar, Area, Area Radar (joint civil/military) & meteorological certifications to my credit.

Thank you Heather - just preparing for our trip down to Battle, near Hastings, to stay with friends, one of which we have known for 52 years. Linnie and I are helping with the arrangements of this years annual ploughing match - so I'll be off-line, so to speak for a week.

This data visualisation shows the air traffic coming into, going out of and flying across the UK on a typical Summer day. It has been created using real data comprising 7,000 flights from a day in June as recorded by our radars and air traffic management systems. An early prototype version of this system, was the one which I utilised many moons ago during my discussions with American Express, about the possibility of utilising such a system as an adjunct to their Departure/Arrival Systems at Heathrow and Gatwick airports. During one of my meetings with them in Brighton, I was given access to their hyper-security centre where, as part and parcel of showing me the extent of their systems processes • they asked if I would like a demonstration of the very basic process which took place during authorisation of an AMEX CARD purchase • which they then proceeded to demonstrate to me in real-time so to speak. Surprise, surprise however, that several screens of columns of AMEX CARD holders named Michael Grove appeared, which certainly provided a very thought provoking yet humbling experience.


The camera has been fixed in one position and activity is shown at 800 times faster than real time. The time runs from midnight to midnight and shows the arrival of early morning traffic coming across the Atlantic in the early hours, the build up through the day and then the calming of flows into the night before the pattern repeats. 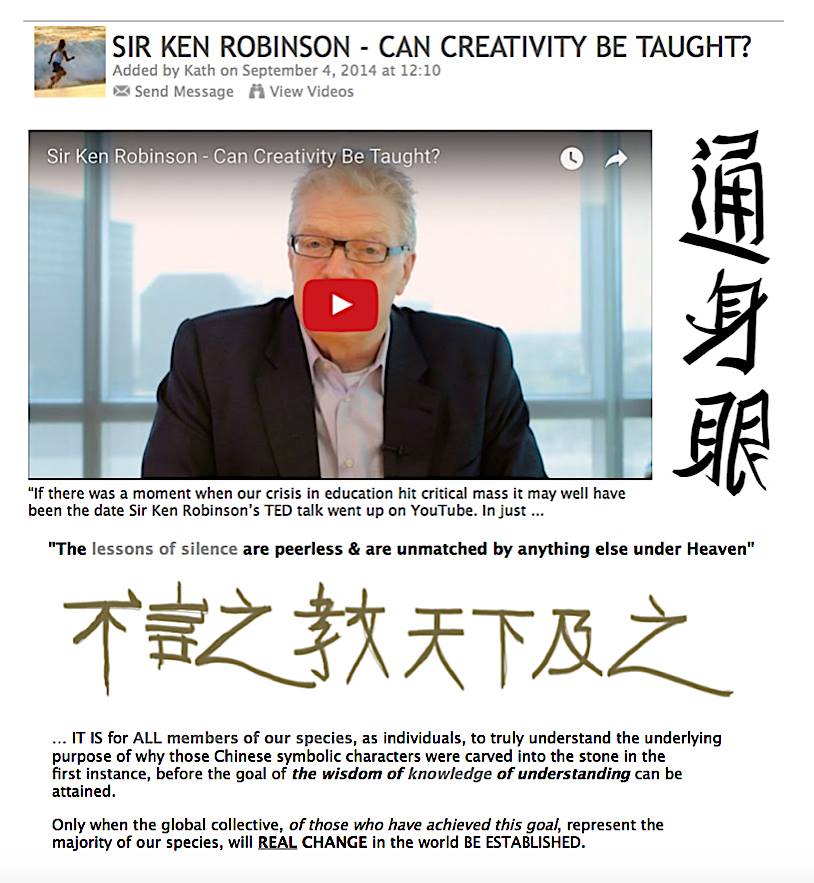 I was first introduced to the particularly realistic experience of "flying" a de Havilland Trident Simulator, during the early part of my training as a civilian pilot/air traffic controller in the 1960's. It was a particularly mind-blowing experience for me, as a dyslexic 3D thinker, because my own vision as a child, was of a future time when we would be able to personally experience a simulation of the reality, such that we would not be able to tell the difference between the simulation and the reality.

Many moons later in California, whilst speaking to the female dyslexic designer of the very latest Silicon Graphics CGI workstation, I was introduced to Thomas West's enlightening book, entitled IN THE MIND's EYE; as a result of which I helped to set up an event of the same name.

THE original TED talk on YouTube and the associated RSA animate, marks the beginning of an AWAKENING to the fact that - CREATIVITY for the purpose of POSITIVE ENHANCEMENT of the EVOLUTIONARY ADVANCEMENT of the entirety of our multiverse of universes - IS of THE most paramount importance with respect to the appropriate design of a sustainable solution for ALL of LIFE throughout the ENTIRETY of EVERYTHING !!!???

NO WONDER therefore that Ken Robinson then went on to propose the question ... CAN CREATIVITY [BE] TAUGHT ???.

One of the many keys to understanding [IS]
the need to acknowledge the concept of ...

The next generation of Europe’s satellite navigation overlay service, EGNOS, will combine use of GPS and Galileo signals to improve accuracy and robustness of navigation for air traffic and other uses where lives are at stake. A contract was signed today at ESA’s technical centre in the Netherlands for the second  generation  of the European Geostationary Navigation Overlay Service, EGNOS V3, planned to enter service in 2025.

ESA’s Director of Navigation, Paul Verhoef, signed the contract with the Senior Vice President of Airbus Defence and Space, Mathilde Royer Germain,  in the presence of senior managers of the European Global Navigation Satellite System Agency (GSA) and of the European Commission. This improved version of the service will take advantage of in-operation Galileo signals as well as new frequencies from an improved class of GPS satellites. Use of the L5 second frequency will improve service robustness against errors and propagation delays caused by the ionosphere, an electrically active outer layer of Earth’s atmosphere.