Angel Gateway to the MIND 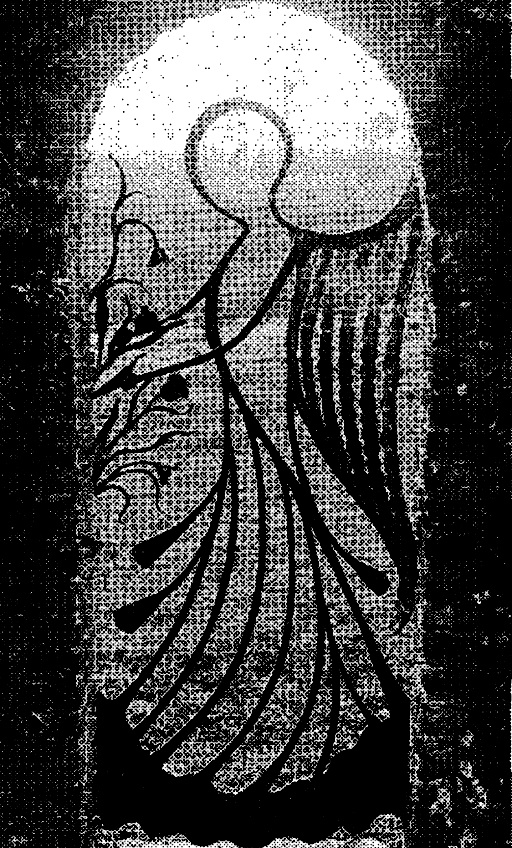 .. for TENs of thousands of zaadz selves
... interconnected in common purpose
.... united in their freedom to associate
..... exploring the Kosmos as ONE SOUL
...... through a matrix of 49 tunnels - for 6 billion souls

Men invariably perceive angels as female - why is that & how do women regard them ?

I wrote elsewhere that - "As Andrew Cohen has so rightly said - What you do and why you are doing what you are doing becomes very important once all the egoic conditional responses have been crushed - and also goes onto say - that this process can take 10, 20, 30 or 40 years for the individual to complete. Andrew Cohen's collective approach to the process of evolutionary enlightenment through the evolution of consciousness is to be applauded - and this approach most certainly embodies a methodology to reduce these timescales - but do my children and grand-children have the luxury of any proportion of the time - which I have enjoyed to allow me to mature to my awakening to LIFE ? "

Holographic Universe (Part 1 of 2 ) its all illusion.

In the context of my -
Who am I - zaadz profile statement -
most have barely touched the cup to judge the temperature of the contents - let alone grasped the cup - drunk its contents - and then emptied it - or understand the need to address the issues of ego.


Consequent to my Don't KILL the messenger blog post - the message that embodies the ABSOLUTE TRUTH is too precious to be heard by only the few who have the time, patience and funds to hear - it has to be - readily accessible by ALL 6/7/8 billion of us.


However - as has now become apparent in Iraq - western views of how best we communicate the message of democracy - have not been understood by the Muslims of Iraq - and thence their own intransigence in establishing bridgeheads to eradicate the sectarian divisions of Islam - have led the Iraqi democratically elected government into consideration of a Bill to partition Iraq
into three main regions - the Kurdish North,
the predominantly Sunni Central area and the mainly Shia south. This compromise solution is, of course, one which has been under consideration in the White House but only very recently acknowledged by our own Foreign Secretary - Margaret Beckett - by virtue of her statement that - " the Iraqis have had enough of people from outside handing down arbitrary boundaries and arbitrary decisions "


Equally the public debate in the UK - with respect to Muslim women wearing a veil - has highlighted the difficulties been met by those women - in gaining access to mosques to pray - and the absolute intransigence of their male colleagues in accepting that they would even want to do so.


What can and must be understood by the west, therefore, is that seemingly - the Muslims of Iraq cannot peaceably get on with each-other let alone with Jews, Roman Catholics, Eastern Orthodox Christians, & Protestant Christians - or presumably in association with the fundamentalist elements of Islam - in the greater context of Iran, Saudi Arabia, Afganistan, India, Pakistan, Sri Lanka & Indonesia - with Hindus, Buddhists et al either! - and that furthermore - seemingly - patriarchal male chauvanism abounds.

The global wake up message that all of this must convey - is that the tower of babel consequences rule ever more supreme - and that evolutionary enlightenment is our only answer to the global issues that we face today and will ever increasingly be faced with in the future. Andrew Cohen's teachings are pivotal in our understanding of that fact - and lest we potentially fall into "cult-like" methodologies of conveying the message - the teachings must become global in context - for the transformation of the world - as a result of urgent implementation of NEW mechanism & methodologies  which are capable of delivering the message in customised fashion according to the MIND-set, of each and every one of the 6 billion souls on earth today

Angels do not speak for they understand each other through a sort of instantaneous mental reading, and they know everything they are allowed to know .... not by any use of language but by watching the
divine MIND -

.
Lori's own interpretation of the quote as it applies to the topic of 'universal language' reads:-

Angels (us, individual parts of the universal whole) do not speak (speaking is an effect of thinking; thinking is the cause of the spoken word) for they understand each other through a sort of instantaneous mental reading (because we are individuals connected within the universal MIND, we can communicate mentally; not necessarily with words, but with sense or feeling.

For example, in my high school mathematics classroom, while my students are working I walk around and think "You are mind, your mind knows. You are good, totally and completely good. You are perfect and are harmonious. I extend this to individuals and what I sense they need: Kim, you are peaceful-feel the peace:) Bill, you are helpful-isn't it great to be able to help others:) Leah, you are thankful for all of the good in your life-isn't life wonderful?!" As a result, I have a focused and productive learning environment with no disruptive or failing students. I know my students do not pick up on the words that I am thinking, but they do pick up on the sense of those words. They pick up on the emanating feeling, and understand it as their own)

they know everything they are allowed to know...

not by any use of language but by watching the divine MIND (sensing, feeling that which is being communicated through the universal MIND of which we are all a part and connected within).

Interesting post. But i thought Angles were asexual, the reason being they do not need to reproduce. Mermaids, on the other hand…. :).


I like the part about telepathy. I think telepathy is not an action in itself (an action of communication), but several beings having the same content in their own separate minds, and they themselves taking action based on that content. Is like being collectively on “the Zone”. Although you still need some old school communication techniques for jokes.


Had you noticed that the image at the top besides being an angel is also a kind of bust, i will put a drawing (a bad picture for now, i’ll scan it later) in my photos ( http://regados.zaadz.com/photos ) because i don’t know how to put it right here.

There is seperation, and then there is integration
Amit Goswani

The ONE SOUL is most definately asexual - it is only our egocentric perspectives that categorise male / female / black / white / old / young et al - and
that which constitutes collective consciousness.

The sun is a complex system with a great deal of electromagnetic activity,
and so is the brain. So like the brain, the sun might be conscious - Rupert Sheldrake at the launch of his book - The Physics of Angels - co-published with Matthew Fox.

But do you think that at upper levels, things begin to pair up again, and make groups of 3, 4, 5… etc.? and so on and so forth? Like, the Sun has its opposite, and takes its part in a group of 3. And that group of three is itself one unit that has an opposite…

i too have a thing for number sequences. one day i plotted a graph of sine waves with amplitude of prime numbers and it was very interesting
how quick a pattern emerged. not only that, you could see how when the
waves converged it went from chaos to order but just for a very brief
period of time. i guess thats why they are putting a lot of importance
to dates like the solstice of 2012. i bet when they changed to the
julian calendar they wanted to fit the year 2000 to that date.

” Alan McConnell makes the point more succinctly: “If it can’t be abused, its not freedom.” For those who respect the archetypal wisdom of ancient myths, it is worth pointing out that the Judaic God gave the angels and men freedom
together with the power to abuse it. Satan’s freedom to fall was a
necessary aspect of a perfect Creation; more than one theologian has
recognized this as evidence of God’s wisdom.

through a matrix of 49 tunnels for 6 billion souls…

Your lessons are of universal importance.

Thank you for teaching us so much Michael.

PEOPLE have ”angel” and ”devil” parts of the brain that are
in constant battle over their self control, a study has shown.