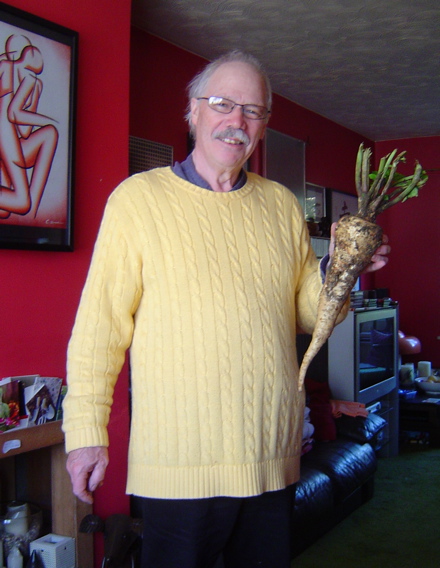 IS NOT for others to explain, or cajole, or preach, or pontificate,
or indeed FIGHT FOR • The question of the existence of GOD IS
for each and every one of us, as individuals, to decide for ourselves
during the mobius-strip-like journey of LIFE.

"Life is not a riddle to be solved, it is a mystery to be lived.

It is a deep mystery, to trust and allow yourself to enter it."

THANKS be to GOD that we can listen to a number of souls, albeit relatively small, who can communicate their own understanding of the existence of GOD, in ways that are non-prescriptive, non-partisan and non-threatening.

I WOULD therefore NOW openly publish a letter to zaadsters_et_al@gaia
which I have sent to Siona this morning, for her's and GAIA's response.

and within that message lies the truth about what IS

You may have seen the latest Microsoft TV advertising campaign where everyone is declaring “I'm a PC” …. well what is no doubt NOT understood by any of those people is that the HUMAN INTERFACE GUIDELINES which Apple Computers “borrowed” from Xerox Parc are at the heart of even the good ole PC now, as well as Macs, and they were put in place to enhance the communicative experience of ALL individuals on earth as a result of their interconnection with eachother over the inter-network of networks, bequeathed to us as the World Wide Web, FREE of CHARGE, by Tom Berner's Lee. He did this to enable individuals to ENHANCE their UNDERSTANDING of ALL THINGS UNIVERSAL as a result of the NEED established @CERN underpinned by years of Human Machine Interface evaluation, which I was proud to have supported during my time as an Air Traffic Contoller and my establishment of the world's first interactive videodisc system for the purposes of education of ALL children across the globe.

The whole reason that I watched zaadz for the first 6 months, from afar, and then joined in June 2006 was because of its potentially ever expanding nature, based on an ever expanding tool-set, geared to a TRANSFORMATION of the CONCEPT of CHANGE to a NEW ORDER of mutual benefit to ALL. Others that weren't so open would and have proved to be “crippled” in this regard. Not many understand this yet but IT HAS to BE IF any of it is to happen.

THIS cannot be done by CLOSING DOWN on the ability of links within a comment post to OPEN a NEW WINDOW such that the user can open as many windows as is necessary to provide points of perspective which will guide the reader to the position of being able to make up their own mind as to what they have read … as apposed to the PRESCRIPTIVE perspective forced on the reader by “a rabbit hole” which can only be returned back through by the “BLOODY BACK BUTTON”.

YOU may not understand the ramifications of much of this but please ask FOR WHY your human interface communications experts have decided to do this ? …

because if it is allowed to go on the future development of GAIA as a social
network communication tool will be forever “crippled” unless of course
the real answer to my question is that again we are ALL going to have to PAY MORE for this facility!

These systems ONLY work because of the CONTENT NOT the structure and as you know there were more than enough really good guys who were SO pissed off by Brian selling to GAIA, that they jumped ship
and that DOES NO THING for the enhancement of communication to which I
AM STILL convinced GAIA IS “nailed to the mast”, so to speak.

As you are well aware I LOVE American pragmatism, BUT I AM English, Tim Berners Lee IS English and both of us remain forever divided from the USA as ...

TWO nations divided by the same language with all its multitudinous variations of interpretations of “sets of words”.

YOU WOULD ALL be VERY wise, however, to consider very very seriously

the consequences of THIS particular “set of words”

MY RECIPE for the survival of LIFE on EARTH ...

WILL no doubt BE continued in due course

in the context of Martha's ABSOLUTELY valid
reference to Brain Fraser and the application
of scriptural principles to the study of physics,

HAVE A NICE DAY


views (326)
Tagged with: change, existence of GOD, GOD, individual, is gaia broken or just crippled, NO WATER NO MOON, zaadz

The size of that organic parsnip is 14” (fourteen inches)


YOU MAY NOT ALL understand what the hell I am talking about in this blog but I am NOW CRIPPLED in my ability to have more than one mode of text i.e. must be normal, bold, italic but no combination of these
BEFORE one adds a hyperlink and then only a hyperlink that does not open a window.


Open windows = Open perspectives and that IS what I have provided FREE OF CHARGE to zaadz and now gaia since June 2006 and ALL the open windows of my own linked comments NOW SEEM TO HAVE BEEN CLOSED.


WAS I REALLY under the misapprehension thatUSA DEMOCRACY stood for FREE and OPEN SPEECH ?

FOR ALL THE TALK of Zen Buddhism et al, here@gaia and throughout the USA there seems 2B precious little of THE WALK …


I DO HOPE & TRUST that I CAN BE convinced otherwise?

With the various crises we are witnessing in different parts of the world, it is clear that the era of independent nations with borders and separate interests is gradually coming to a close; that the suffering and pain of one nation is fundamentally linked to and is shared by the hearts of people of all nations; that the instability and depression of another nation affects the prosperity and security of peoples all over the planet. In our present time and place, it is clear that social and economic development and all the challenges that come with it are no longer individual matters.

Comment by Michael Grove on February 26, 2013 at 10:38
" The practice of mindfulness and concentration always brings insight.
It can help both Buddhists and scientists. Insights transmitted by realized practitioners like the Buddhas and bodhisattvas can be a source of inspiration and support for both Buddhist practitioners and scientists, and scientific tests can help Buddhist practitioners understand better and have more confidence in the insight they receive from their ancestral teachers.
.
It is our belief that in this 21st Century, Buddhism and science can go hand in
hand to promote more insight for us all and bring more liberation, reducing discrimination, separation, fear, anger, and despair in the world."