AWAKE and SMELL the … 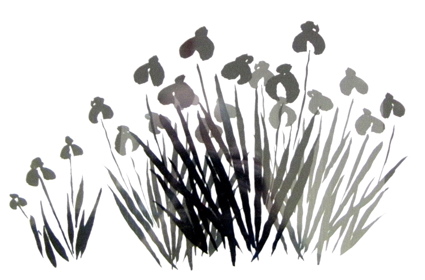 and AWAKEN to THE TRUTH

of our species' existence as

As LIFE on EARTH moves “ever closer to THE TIME” when homo sapiens, as a collective, has to face-up to the issues which a relatively small number of individuals of the species have created; the Icelandics have now taken to describing their own immediate problems as having been caused as a result of “6 people going to the party and 10,000 getting the hangover”; it seems that scientists move “ever closer to a consensus of the TRUTH, as a scientific community”, whilst the politicians move ever further and further away from it, since "Britain floated to a First World War victory on a sea of oil".

Jeff Randall has stated, significantly and most eloquently, in his recent article in
THE DAILY TELEGRAPH …

As a society, we have not just stopped expecting veracity from elected representatives, but we have also been brainwashed into believing that harsh realities are to be avoided lest they damage confidence, disturb sensibilities or upset the growing number of delicate flowers who protect themselves from legitimate criticism with the prophylactic of grievance.

It is as though there has been a conspiracy between disingenuous politicians, campaigners for political correctness and a malleable electorate to accept deliberate omissions and distortions as valid currencies of exchange for public discourse, while banning the gold standard of FACT.

Pretending that a problem doesn't exist is not the same as addressing it. If you're in any doubt, have a look at Miss Harman's obfuscation on the BBC website.

The issues, however, are NOT just financial and economical but those also raised by the Kyoto protocol, Rights & Humanity’s Principles of Responsibility and any thought of sustainable fulfilment of the UN Millenium Goals. Despite the so called projection of the face of global social responsibility, on the part of BP, Shell and EXXON Mobil, backed by “the science of profit”, their collective image & action bears no relation to the need for mankind to ask the question …

“CAN we really have our CAKE and EAT IT?”

Our scientific understanding of the evolution of life on earth since the
Cambrian Explosion, however, has itself exploded in the last 100 years.

This has resulted from the multitudinous investigations of both the Burgess Shale “rosetta stone” evidence and the events of the Permian Triassic divide, which then grew to an almost feverish pitch during the last 50 years’ analysis of the Northern-Pangean Siberian Traps “flood basalt” event and its consequent effect on the almost total extinction and ongoing evolution of LIFE on EARTH.

These various scientific conclusions, as to how all the different pieces of the jigsaw fit together, have established an increasingly sophisticated resonance with homo sapiens’ ancient beliefs about its interconnection with nature AND “proved” that our species is intimately connected to, and effected by its environment … witness climbing levels of asthma and the allergic disease epidemic, at a global level.

As has been brilliantly communicated by the History Channel TV Series, EVOLVE; over thirteen episodes including the coverage of eyes, guts, jaws, communication, skin, flight, sex, size, speed and venom; the “cycle of LIFE” has evolved, in an ever spiral-ratchet manner, to exemplify the qualitative development
of the transformation of life on earth, which has historically been well understood by many of our species, along the way so to speak, as the independent interdependence of nature, culminating with James Lovelock’s concept of GAIA.

The Chinese people have for thousands of years regarded pairs of mandarin ducks as symbols of LOVE & FIDELITY and cranes as symbolic of LONGEVITY. Observations of the 2000 km migration of cranes from north to south along the Pacific coast, in more recent times however, demonstrates how their numbers continue to fall significantly because of the Chinese Government's Eco-unfriendly attitude towards economic development, in the vain of Mao Tse-tung’s edict that “Man MUST CONQUER NATURE” and their own communistic support for the view that financial innovation equals benefit for ALL, when in FACT global financial engineering generates NO THING other than sustained profits for the few, in line with their own edict that the climate change agenda can’t be addressed without economic growth.

Thoughts of the lemmings "myth" and Easter Island come to MIND !

The Chinese "attachment" to the concept of longevity is of course due too their long-held belief that the crane has been around since the beginning of the times that they the Chinese can remember and IS therefore equally symbolic of the survival of LIFE on EARTH.

Throughout their lives "making as many origami cranes as they can" represents the ever growing commitment of the Chinese individual to the survival of LIFE on EARTH, which should act as a motivation to us ALL to acknowledge that IT IS the people who should be leading their leaders by appropriately responsible ACTION.

Pitty the Chinese leadership isn't listening enough to the
need for mankind’s harmonious coexistence with nature.

“for any event that happens, there is a complex series of previous events
that cause it to turn out the way it does. So because we live in this continuity of cause and effect, we have a lot less free will than we often think. However, to the extent that you can step out of this stream of causation through psychic practices or meditation, for example, and gain an objective view on it, you can access information that gives you more choices than you might otherwise have.”


Until everybody can determine the value of a newly born child
The TRUTH of the fact • [IS] here !

p.s. Pity the BBC has withdrawn access to the Wild China Time-lapse movie that I chose to share with you_all_here@gaia, particulary in view of the fact that the BBC is entirely funded by every household in the UK who has to pay to the BBC $200 per annum, supposedly for a licence to watch ANY TELEVISION at ALL.

WE NOT ONLY SAVED THE WORLD !

… and after a very “messy” year, China faces its greatest test of character!


“THINGS can ONLY get WORSE before they GET BETTER“ as they say.

What IS the essence of one who IS AWAKENED ?

IT IS to be expected that a tabloid newspaper aimed at the right of centre social mind-set of the masses, should present to it’s readership an exoteric perspective of the political mindset of the masters of the government’s inner sanctum.


An exoteric perspective which portrays that political elite as …


as apposed to the spiritual common-sense of the collective social mind-set which would rather HEAR ALL, SEE ALL and SAY NO THING.


An article in the Daily Mail got me to thinking that the juxtaposition of these dual perspectives of FACT and TRUTH are invariably manifested by the political inner sanctum as a result of it’s propensity of adopting an esoteric perspective of the facts and always proposing policies which only reflected the truth, rather than being based on it.


IS IT NOT, therefore, to be considered as amazing that SUCH a wide deviation of truths according to the facts, can BE described by just TWO VERY SIMILAR WORDS with only a change of letter from S to X or X to S …


according to the individual’s own perspective ?


Yet none of this is happening, for one simple reason: because neither
the officials of Defra, nor it seems any of our politicians, are
capable of reading one of those EU directives which they are normally
so keen to enforce on the rest of us.


“Dysfunctional” is too polite a word for so crass a blunder.”


ARE our new masters of the globe bringing our history to an end ?

I am awake I smell the lavender .
Love ,
Lady Lavender

Wake me up inside,

Wake me up inside,

Call my name and save me from the dark

” AS more and more people are discovering, the joy of such an awakening lies in the rediscovery of pleasures of ordinary, simple living. We are realizing that we don't need to cut ourselves off from the everyday world to achieve enlightenment.

Two millenia ago, the great master teachers Jesus, Buddha and Lao-tzu stressed that THIS IS our true nature and cosmic destiny. Rather than seeking to become ego-less, the Shift that is happening within us enables us to honor our ego while overcoming our illusory sense of separation.”

‎"EVOLUTIONARY is a play on the word "REVOLUTIONARY", and I mean it to convey something of the revolutionary nature of evolution as an idea. Evolutionaries are revolutionaries, with all the personal and philosophical commitment that word implies.

They are not merely curious bystanders to the evolutionary process, passive believers in the established sciences of evolution, though all certainly value those insights.

They are committed activists and advocates - often passionate ones - for the importance of evolution at a cultural level."