The MOMENTOUS LEAP is UPON US 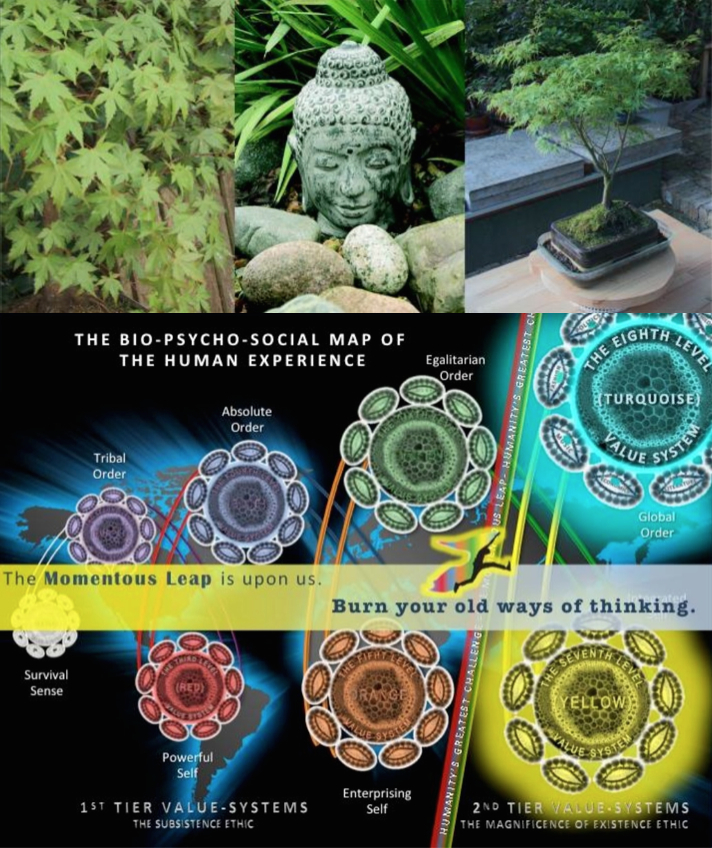 BURN your OLD WAYS of THINKING

Reagan & Thatcher's 'big bang' and the consequent establishment of

globalisation, it would appear to me that Said E. Dawlabani's proposal ...

"Here's my partial view on ISIL and the bloody dance of the vMEMEs that created it.

Like many who are concerned about the future of the Middle East, Elza and I have been

searching for answers as to why has ISIL risen so quickly to power. This group is without

a doubt the deadliest force to rise from the ashes of our incompetent Mideast policy.

Far beyond Al-Qaeda and Hizballah, ISIL is attracting many fighters from all over the

region and the world because they have purpose, energy and resources like no other.

(deadly combination of raw RED, False BLUE, and Orange money). If I can point to a

singular source for the rise of ISIL it has to be the moronic decision by Paul Bremmer,

(the US administrator for Iraq after the 2003 invasion) to dissolve the Iraqi Army, the

only red-BLUE entity that would have controlled the chaos after the overthrow of Saddam.

Iraq to the brutality of sectarian RED. This was a fierce force that fought a decade long

war with Iran (our CIA supplied them with sophisticated weapons). They were shaped by

brutal life conditions. With weapons and military knowledge, but without a pay check,

they turned their skills to destabilizing Iraq and the region. The new and grossly

and their quick spread throughout the region.

The Graves-Beck lesson, I suppose is that in the absence of heavy Blue density, RED will always penetrate and dominate the culture. So, while Bremmer was too anxious to please his Boss. Not George W. Bush but his bigger boss Henry Kissinger, (Bremmer was a senior partner with Kissinger and Assoaciates when he was picked to run Iraq). Bremmer naively assumed that life conditions haven't changes as he continue the Kissinger Plan for the Middle East. Now, the rest of the world has to suffer with the threats that ISIL represents on the global stage.

The Obama administration's absence from any foreign policy, although very dangerous is a good start that might dilute all the toxicity we have injected into the region and allow RED to take its course.

Will we revise our approach to Mideast policy to allow it to emerge? I highly doubt.

If things continue with the hands-off Obama Administration, it is a guarantee that our

The battle hasn't even begone. (a note on the inscription on ISIL's flag: It reversed

the order of words in the Quran from: "Mohammed is the prophet of GOD" to ...

... provides evidence enough, that unless the powers-that-be awaken