Nobody is going to tell me what to do ! 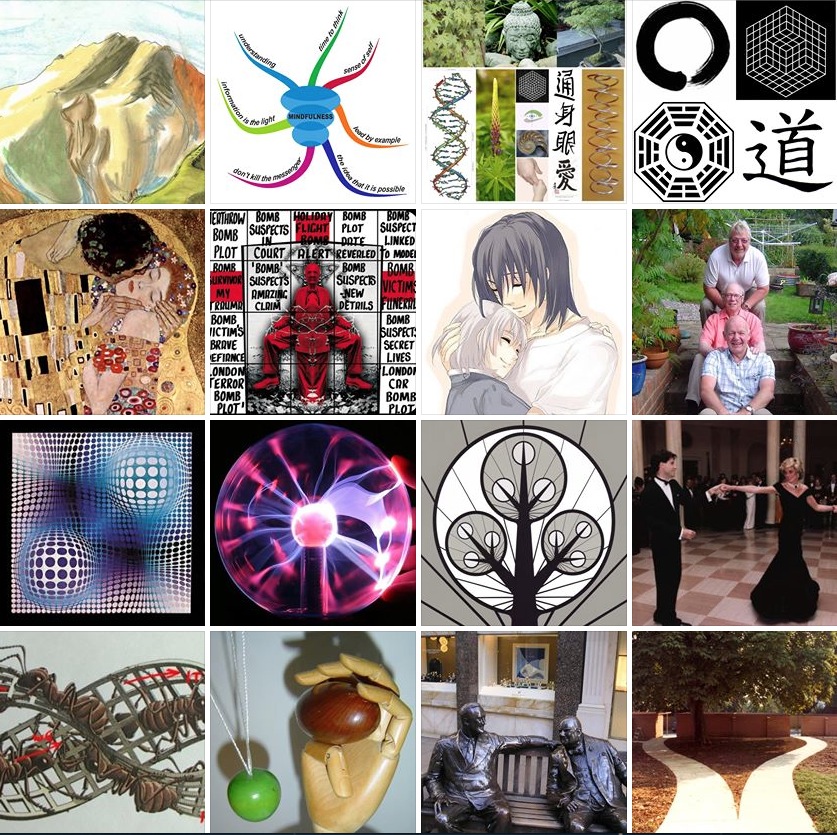 IS now faced and the route of the problem that needs to be solved.

FURTHER to Faheem’s recent email – in which he enquired about my thoughts on the main Topic UTOPIA in the latest edition of WIE Magazine entitled Searching for UTOPIA: Exploring humanities timeless quest for Heaven on Earth – I would publish this zBlog-post answer in the form of the three most poignant excerpts from issue 36 & an outline of how ALL 6 billion of us can potentially assume utopian status. 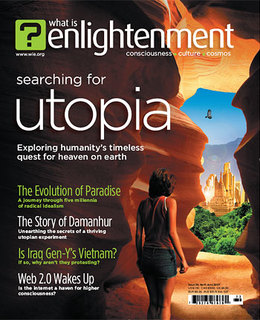 In gratitude for several years of piecemeal reading of WIE  - care of airport outlets, news-stands and Borders bookshops - and the more recent, less irregular, subscription delivery of same – I must say that issue 36, in concert with the WIE web-site, has matured to the point ...

where every relevant base-point perspective of the Integral ONE has been referred to.

Apart from the multitude of diverse

advertising, including a “Page2” spot

for zaadz and the hallowed statement that

"This revolution will be Digitized"

describes perfectly the deeply rewarding experience of tackling the topic of

of our cyber-utopian friends at zaadz.com”

Andrew finishes the issue with his back page article - How a New World Is Born – and “a new world means a new level or stage of development, and that’s something we have to build together.”

Build together indeed – NOT in disparate groups of activity but TOGETHER – ALL 6.5 billion of us, acknowledging our responsibilities tempered by rights of usufruct, with the same foundation, the same mechanism of implementation, the same understanding that we are ALL ‘pimples, warts & all, on the back-side of humanity’, and the absolute commitment to transcend & include EVERY POSSIBLE perspective - in our mission to change the world in a world that ...
IS EVER CHANGING.

In - The utopian propensity IT SELF

Fritzie P. Manuel said – “You don’t need a vast number of people to destroy the planet anymore, and that puts utopians in a different position altogether. There’s talk of the end of humankind. In the nineteenth century, that would have been considered crazy. But people who think in those terms are not considered wild dreamers anymore. Utopian thinking now has to do with the preservation of the human race. Utopians in the twenty-first century are those who think we can preserve the world. And it’s not one class or society; it’s all of humanity. So utopians are no longer simply isolated in little enclaves of their own. Without the whole world to back them, their ideals can’t move into a practical phase. We all have to become utopian because we all have to believe we can preserve the world. And if we don’t, we should give up right now and go into a cave, or pray, or just think, or spend our time knitting. The alternative is the end. That sounds gloomy” -

to which Jessica Roemischer replied – “No, surprisingly it doesn’t. It sounds as if you’re actually being a utopian – a realist. And it also speaks to the deepest part of our
humanity.”

Dreams of a digital utopia

Carter Phipps – quoted the “Person of the year

award given to YOU” edition of Time magazine

“Web 2.0 is a massive social experiment – there’s no roadmap for how an organism that’s not a bacterium lives and works together on this planet in numbers in excess of 6 billion”

and went on to say –

Given these unprecedented realities, I think we can safely say that the bar has been raised in human relations – we are facing a new moral, spiritual, and interpersonal challenge that will

test and transcend everything we have ever learned about how to make a community, large or small work. How do we negotiate the moral, spiritual, and economic lives of six billion human beings, given that many of those individuals are living with beliefs and
worldviews that are incompatible with many of the others, not to mention those who have adopted lifestyles that are incompatible with the earth itself?

wanting to actually spiritually evolve, as long as it is in control."

“That’s the key – as long as it is in control. And that’s the inherent bug in the whole game that goes with this pluralistic level of development.

Pluralistic means “Nobody tells me what to do.” And right there, you’ve got the problem. It is so very difficult to help people see a way out once they’ve really bought that initial set of premises.

It takes reading eight or nine or twenty books and thinking it through deeply, and then hopefully having some profound nondual experiences that really get you beyond dualism & relativity & egocentricity"
Ken Wilber

THE solution to ALL of THIS could be summarised, in the context of a new utopian beginning, as a MASS PRODUCTION PROCESS for the intitiation of a ZEN like, MIND set, switch.

A customised simulation of the near death experience - to really get beyond dualism & reality & egocentricity - incorporating much of the thinking of a Western ZEN master in a lineage of one - and the core of an art of the possible vehicle for exploring galactica.net.

Malcolm has more succinctly said elsewhere - most utopian or dystopian writing paints a picture of a particular future state of society - from the point of view of self-organising/evolving systems, I now see it more as a process, a direction to head - there is no ideal long-term future state - but we can move away from things we don't like towards things we really want - and working out what direction that might be is a big enough challenge without trying to define perfection.

SAMME has on the other hand quite rightly drawn our attention to the Strategy of Generosity of the Global Marshall Plan which states - The key to our alternative, what we call the Strategy of Generosity, is our commitment to reestablish trust and hope among the peoples of the world so that we might begin to reflect and act coherently on ending world poverty in our lifetimes and saving the global environment from the almost certain destruction it faces unless we reverse our policies and give highest priority to protecting the earth. Instead of asking “what serves the interests of American economic and political geo-power best?” we want a foreign policy that asks “What best serves all the people on this planet and best serves the survival of the planet itself?”

Don't KILL the Messenger ...
& don't forget to mention you found this information @zaadz.com

”Giving is the highest expression of potency. In the very act of giving, I experience

my strength, my wealth, my power. This experience of heightened vitality and

potency fills me with joy. I experience myself as overflowing, spending, alive, hence

as joyous. Giving is more joyous than receiving, not because it is a deprivation, but

because in the act of giving lies the expression of my aliveness.”
Erich Fromm

hereditary prejudices but honestly and courageously uses his intelligence.”