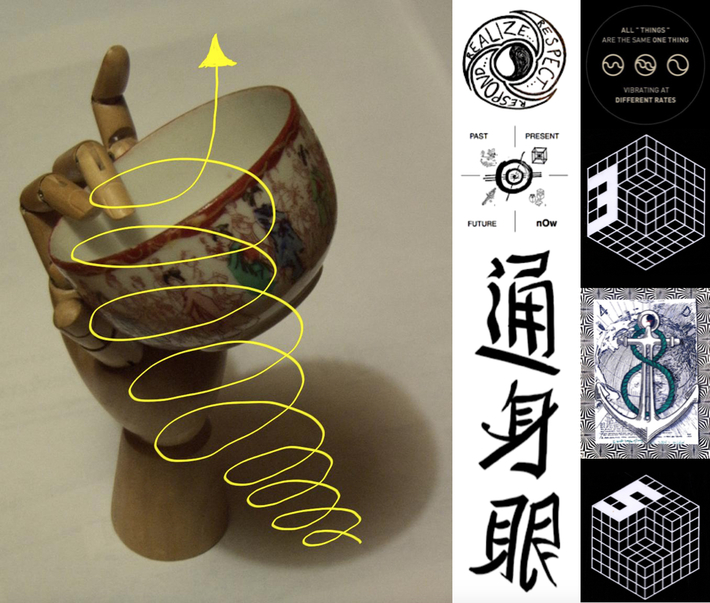 "Its taken, more or less than, 15 billion years for evolution

to create a vehicle that had the capacity for consciousness

of view of evolutionary consciousness it feels just like the

Our quest for understanding  Who am I ? and Why are we here ? - can generally be referred to as a journey of evolutionary - enlightenment. 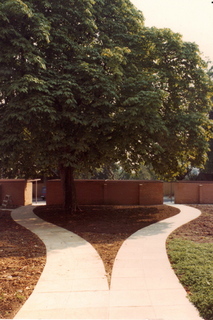 THE very word - understanding - of course conjures up a thousand perspectives - nay 10,000 perspectives and invariably is seen to end with a zero.

For Leibnitz there were only two unquestionable realities ZERO and GOD

Einstein's view on god and my own view on zero - is that it is the SELF same as god.

It is of course the switch - that as Ken Wilber has quoted yogi bear as saying - THAT must be considered in the first instance - which once understood, considered and executed - " is a very simple thing " - to quote Andrew Cohen

Two sides of the same coin have to be continuously flipped by the dextrous positive manipulation of the fingers and hand - with all the potential of negative manipulation from experts, politicians and magicians.

Once the shadows have been identified and equally considered, understood & executed our journey continues ever onwards having satiated our quest for understanding Who am I and Why are we here.

To quote the two sides perspective of a native north american elder ...

" PEACE IS an everyday fight,

its something that goes on

You know we believe that ourselves are

positive and its the balance thats

important ALL the TIME ...

TO KEEP THE BALANCE "

LIFE is just NOT BEING - IT IS BECOMING

bringing the infinite into the finite


views (5,201)
Tagged with: enlightenment, set of values, zero, god, shadows, understanding, switch, who am I, zaadz, why am I here

This is my quest to follow that star no matter how hopeless.
(This blog has been chosen to be a part of Samme's Project that started here Linking The World One Blog At A Time. A project to link wonderful and thought-provoking blogs to each other in a long thread of links to bring awareness of love, joy and peace
and propagate creativity to the world. Namaste! Thank you! )♥♥♥

I'm confused. I need to understand. If I can't understand, I get too frustrated.

My understanding of Shadow is that it can never be executed or driven out
or exiled or gotten rid of in any way. That's impossible. Instead it
must be brought back from exile and restored to it's rightful place
amongst the rest of the person. Only after that has occured can the
entire person make one unified decision to dissolve. At that point,
there is no “I” to have a journey or any understanding.

Nevertheless, manifestation was the choice of Something Bigger and Older than me, and
I'm not big enough or old enough to dispute that. It is Sacred. My
job is to be that manifestation in the wholest and most functional and
perfected way.

The journey continues - in search of LOVE

This is not to say that Love can even be reduced to an emotional state, far from it. And at the risk of presenting what may seem at first blush to be a nonsequiter, this is to say that we do not understand the way light and matter interact. Science may provide material facts along with a rationale for how our emotions are created by them, including but not limited to an extremely complex internal chemical environment facilitating electrical potentials via ion exchange. But this is preposterous. To attribute the entirety of life to material causes makes no more sense than to say clothes make the man (incidentally, the
emperor has none). Science cannot possibly attribute an emotion to an internal chemical environment, no matter how complex, when it cannot begin to describe how light interacting with matter conditions our
experience. But if it could, that would suffice. After all, we can only be light and matter, right?
Wrong.
In order to approach the truth of how light interacting with matter conditions our experience, one has to take a leap of faith of which science is not capable. Science will never explain consciousness with its current, proof-driven, bootstrapping from-the-ground-up mindset. In order to explain consciousness, science must give its devil his due. That is, it must grant consciousness primacy and give up the preposterous view that matter could ever possibly create it. Nothing else in our bodies is created by us, not the matter, not the light and none of the operational properties or interactions of either of them. And, if matter created consciousness, I think it would be obvious to us how matter and light interact, and it is not.

The link leads to the whole story.

An infinity lies between zero and one and as i'm sure you know, michael, zero is the number of tarot's fool. That chump is the ultimate trump… and the wisdom of God is the foolishness of men.

and so it goes… love rules the universe. love on, fool. love on.

YES indeed and IT IS equally the recognition that one IS the fool - having finally realised, for oneself, that the practice & experience of integrity of action, whether individual or collective, are at the core of the wisdom of knowledge & understanding … and that ALL the proponents of ALL the “isms” are blinded to this truth.

THE PROBLEM that ALL the fools have to fix IS the global pre-dominance of patriarchy on our planet.

These fools need to be able to facilitate the break-down of the polarizing divisions,
between male & female - feminine & masculine, that hold the global pre-dominance of patriarchy in place.

THIS can only happen through a process of initiating a dialogue about the dark side
of the feminine, as well as the negative masculine, which will lead to a global understanding of how to proceed with the dismantling of the global pre-dominance of patriarchy on our planet.

IT IS NOW the responsibility of the fool within each and every one of us, once recognised, to enter into this dialogue with “other fools” in order that THE wisdom of knowledge, based on the information about this type of dialogue, might be disseminated
to ALL who would aspire to BE a fool…

THE PROBLEM that ALL the fools have to fix IS the global pre-dominance of patriarchy on our planet.

Time for the children to CHANGE this world, and to be the ONES to recieve the most immediate benefit from the efforts.

Patriarchy is NOT working, and the um feminine side is not…shall we say… NOT HAPPY about it…to touch that dark side lightly. :)

… but in the meantime, as the peoples of the earth gradually come
to terms with the consequences of the ACTIONS and NON-ACTIONS of
our new masters of the globe …

and they themselves, conference by conference, summit by summit
and meeting by meeting are, THEMSELVES, having to come to terms
with the consequences of THEIR OWN ACTIONS and NON-ACTIONS
having been responsible for …

opening THEIR OWN VERSION of the chinese puzzle box …

LET US the peoples of the earth NOW understand WHAT HAS 2B DONE !

Comment by Michael Grove on July 2, 2012 at 10:22
As Arianna Huffington has so eloquently and recently stated -
“If you didn’t care at all about people and you just cared about the deficit, this is just a stupid way to go about it. It doesn’t work. Austerity does not lead to deficit reduction. That we are continuing not to look at the facts, to me is stunning. It is the definition of insanity.”