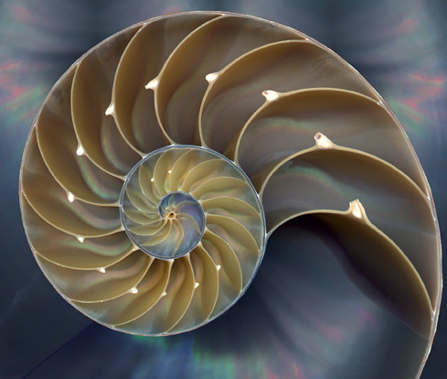 that has been and will be REVEALED to the individual mind for the ultimate benefit of the collective consciousness of our own species ...

from the very beginning of TIME; as a result of scientific observation & experiment, spiritual experience and passing the torch within the DNA of ONE; has been DONE SO
at THE absolutely most appropriate moment of the evolutionary cycle; in order that the
pieces of the jigsaw might be correctly identified and assembled into the final
manifestation of NO THING.

EVERY SINGLE THING and collection of things IS JUST a.n.other “cog in the wheel”, "independent of interdependence exemplar" of the "musical" of LIFE.

No better single embodiment of which BEING OSHO’s statement that …

ONLY ONCE in the whole history of human consciousness
has a THING like ZEN come into BEING. IT IS VERY RARE. 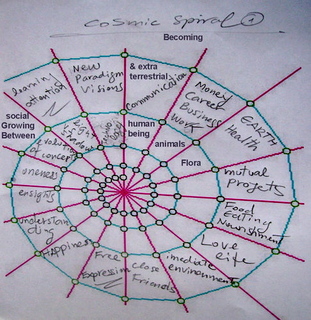 
ZEN is TAO and NOT ZEN without TAO

And unless you supply nourishment equivalent to that which has departed, LIFE will FAIL in its vigour, and if you deprive it of its nourishment the LIFE is entirely destroyed. But if you restore as much as is destroyed day by day, then as much of the LIFE is renewed as is consumed; Just as the LIGHT of the candle is formed by the nourishment given to it by the liquid of this candle which LIGHT continually renews by swift succour from beneath as much as it consumes in dying above; and in dying changes from brilliant light into murky smoke; and this death IS continuous as long as the nourishment continues; and the smoke continues as long as the nourishment continues; and in the same instant the whole LIGHT IS DEAD when it ceases."

Siona has recently ASKED of me … Do you write poetry?
Or, more to the point, have you had any published?

so I would HERE declare that many have DONE SO but few have been answered,
SO for the benefit of ALL@gaia …

Just Listening to ALL@twitter, as others have done before, do and will continue to do,
as opposed to the 6 months of watching zaadz before I decided that "the seed" was worth “nurturing”.

Just Thinking about ALL those Chinese, Peace in the MidEast and the need for some balance and harmony.

Just Waiting as the 20th of January approacheth, hoping that a confluence of global
collective understanding will emerge as Jung’s collective unconscious begins its transformation into the collective consciousness of the entirety of our own species.
Just Waving at ALL who realise THE TIME IS NOW ... 4 MIND ”SWITCH” ACTION

Just BEWARE of those in whom we place OUR TRUST
First Posted by Michael Grove zaadz@gaia on January 7, 2009 at 2:30pm
.

With the advent of rockets being fired into Isreal from the Lebanon, overnight,
I am sadly reminded of the Pan American pilot who came onto my frequency as an Air Traffic Controller in London, to report in his southern drawl that he had two terrorists in the cockpit who were requesting that he divert his USA-bound flight to Beirut in the Lebanon.

That was when IT ALL BEGAN.


Rather than asking “Can the British Government stick to its story” as Sir Stuart Rose has suggested in his interview with Robert Peston yesterday, I would go further in saying that IT IS TIME for ”the spinned STOP-START policies” of ALL “political factions” on earth to be put on hold.


IT IS these policies by which our new masters of the globe have brought their peoples to the brink of the abyss, in respect of EVERY FUNCTION of the sustained survival of LIFE on EARTH.


ONLY by ”switching” from the political spin of self-interested sophistication, arrogance and greed to the common-sense values and principles of reponsibility of the collective consciousness of ALL the peoples of this planet can balance and harmony be re-established.

Michael is poetry, and a dear dear friend.


And the world will be our paper, God our pen, as we gather together to beget the one from the two.

You know Leonardo is one of my favorite people :)
Perfect…the first modern mind…etc etc etc


Through observation… that Mona Lisa is very interesting, isn’t…she.

Thank you, you wonderful weaver of words. :)

For one whose mind IS predominately visuo/spatial, IT IS an honour indeed to be referred to as a “wonderful weaver of words”.


Appreciatively yours - TOGETHER WE STAND

The magicicada is an extraordinary species of cicada that uses my favourite numbers in mathematics, the primes, for its evolutionary survival. To find them we travelled to Nashville Tennessee, home usually to the sound of blue grass and honky tonk. But every 13 years the banjos and basses get drowned out by the chorus of an insect that has fascinated me ever since I became a mathematician. It might seem strange for a mathematician to be interested in bugs but these cicadas are rather special. Only found in the eastern states of north America the cicadas exploit mathematics to help them to survive. They appear periodically but only emerge after a prime number of years. In the case of the brood appearing around Nashville: every 13 years.