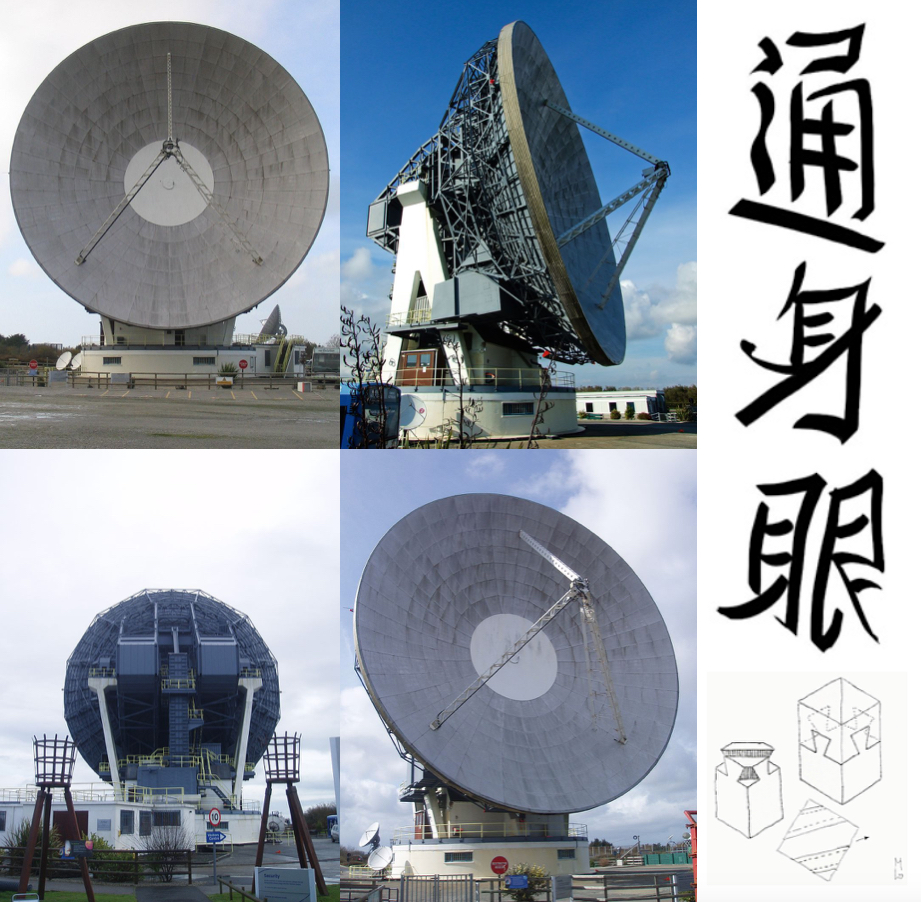 IS a large radiocommunication site located on Goonhilly Downs near Helston

on the Lizard peninsula in Cornwall, England, which is now owned by

general STEM aspects of our work, and ART as in S.T.E.A.M.

[IT] was at one time the largest satellite earth station in the world, with

more than 25 communications dishes in use and over 60 in total. Its

with Telstar. It was the first open parabolic design and is 25.9 metres

[IT] IS now a Grade II listed structure and is therefore protected.

a key role in communications events such as the Muhammad Ali

fights, the Olympic Games, the Apollo 11 Moon landing, and

Bob Geldof's 1985's Live Aid concert, and I would assume a

precursor in his case, to [BE]ing invited to present the FREEDOM

initiative at the RGS last year.

My soul-mate Linnie’s father Ronald Arthur Yardley, who built his
own Colour Television Receiver • in a kitchen cupboard under the stairs
of their semi-detached house in Borehamwood • well in advance of the
first TEST COLOUR TRANSMISSIONS from the BBC • had himself been
offered a job at Goonhilly Down, by GPO Telecommunications, well
before researchers started to investigate packet switching • a technology
that sends a message in portions to its destination asynchronously without
passing it through a centralised mainframe • but having travelled there by
train from where the family were living in Kentish Town, North London,
he was unable to find somewhere for the family to live locally, and so
could not take up the position that he had been offered. Thankfully not
long after, the doctor who was attending Linnie’s brother Terry, who
suffered terribly during the days of the smog in London, arranged for the
family to move to their new home in Borehamwood. When I first started
training as an Air Traffic Controller, cutting my teeth so to speak, on the
study of IBM 64K core-store mainframe systems analysis, as well as all
things technologically related to primary and secondary radar systems,
you can just imagine the conversations that I had with Ron, and it was not
long after I had asked him for his daughter’s hand in marriage, that a
telecommunications network protocol emerged which constituted the
beginnings of the ARPANET, which by 1981 had grown to 213 nodes.
ARPANET eventually merged with other networks to form the INTERNET
and while Internet development was a focus of the Internet Engineering
Task Force (IETF) who published a series of Request for Comment
documents, other networking advancement occurred in industrial
laboratories, such as the local area network (LAN) developments of
Ethernet (1983) and the Token Ring Protocol of 1984.

It was Linnie's dad who first explained to me as a teenager, what the

difference and/or significance between a radio valve and a transistor was.

These teenage entries of his in a school textbook, underline the fact that he

British Telecom engineers who turned up to his funeral in North London.

This 32-metre antenna is now undergoing an important transformation.

Soon, it will be ready to communicate with spacecraft across deep space.

ESA currently has three deep-space dishes in Australia, Spain and

BepiColombo - currently on its way to Mercury. Future ESA missions

such as Solar Orbiter, Euclid and Cheops will soon be added to this list.

However, by the middle of the next decade, ESA’s deep-space

communication needs for its current and upcoming missions is expected

to exceed present capacity by around half. This is why ESA teams are

excited by the upgrade of Goonhilly 6, which will enable the UK station

tracking for both space agencies and private business.

Experimental satellites GIOVE-A & GIOVE-B• with its NEW ATOMIC CLOCK, which IS now so accurate that ALL GPS SYSTEMS are now locked onto [IT] • were launched in 2005 and 2008 respectively, serving to test critical Galileo technologies, while at the same TIME securing all of the Galileo frequencies within the International Telecommunications Union. The first satellite to be part of the operational system was subsequently launched on 21 October 2011. 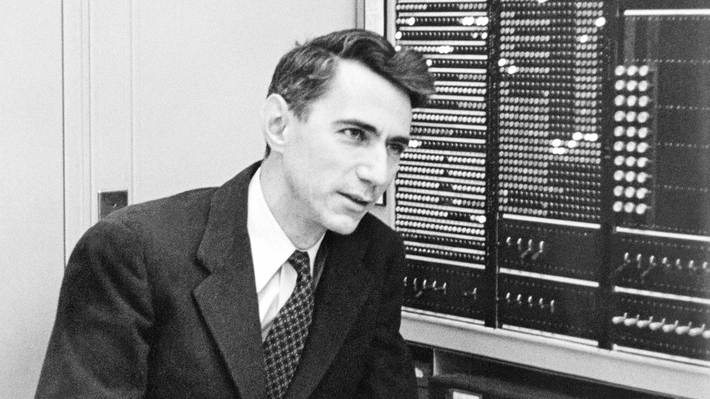 Science seeks the basic laws of nature. Mathematics searches for new theorems to build upon the old. Engineering builds systems to solve human needs. The three disciplines are interdependent but distinct. Very rarely does one individual simultaneously make central contributions to all three — but Claude Shannon was a rare individual.

Despite being the subject of the recent documentary The Bit Player — and someone whose work and research philosophy have inspired my own career — Shannon is not exactly a household name. He never won a Nobel Prize, and he wasn’t a celebrity like Albert Einstein or Richard Feynman, either before or after his death in 2001. But more than 70 years ago, in a single groundbreaking paper, he laid the foundation for the entire communication infrastructure underlying the modern information age.

Having established my own initial multi-media connessione twixt Science, Mathematics and engineering, I first became aware of Claude Shannon, having already become aware of his importance to Vannevar Bush as an exemplar example of the importance of AS WE MAY THINK

[IT] was of course Saad Al-Hilli, a 50-year-old engineer who worked
for  Surrey Satellite Technology who was among the victims of the   so-called Alps Murder Case and his extensive involvement in the successful development of GIOVE A and B that led to the ultimate success of the Galileo Project.