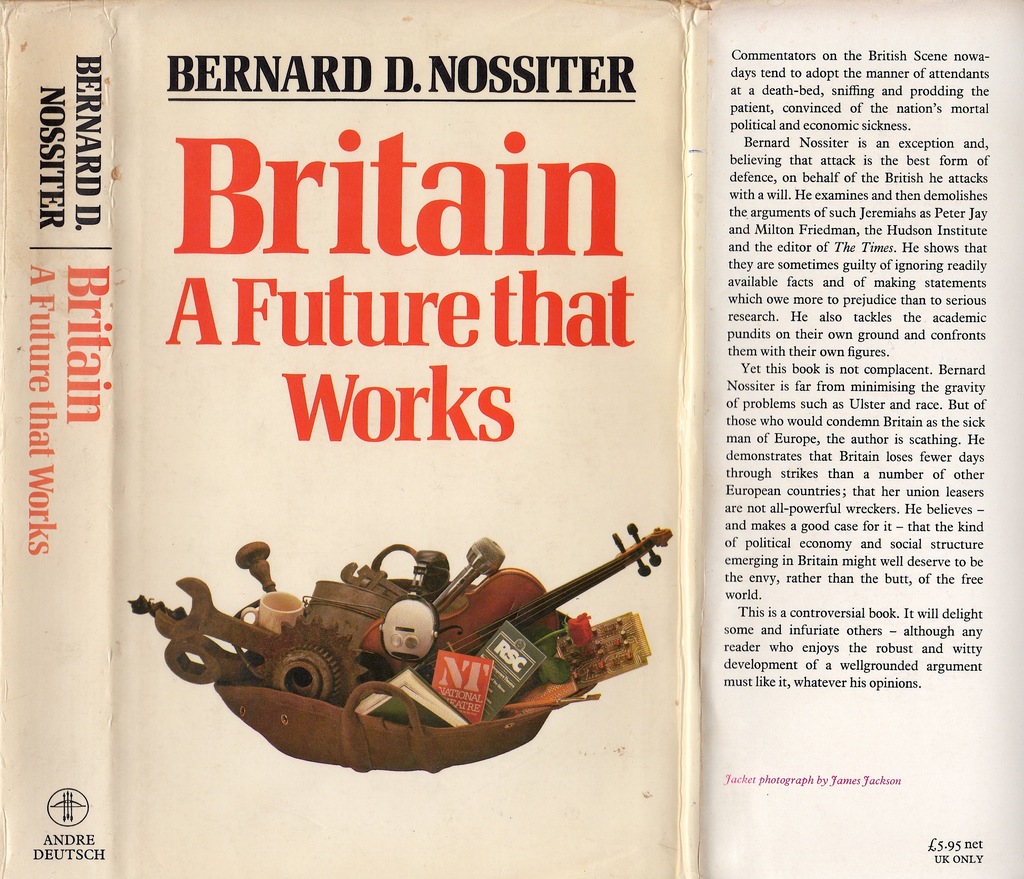 I first read Bernard Nossiter's epic book, shortly after it had been published

was sown by the reading of the final chapter entitled A Model of Sorts,

which opened with the following paragraph ...

public with little warning and less examination. Despite a press that is

often vigorous and a television that is the envy of the world, Britons tend

to be shielded from what they need to know. In[DEED], the very refusal

to examine real problems can make them worse.

Dilip Hiro, whose Black British, White British, IS one of the more useful

studies of race, suggests that the absence of open discussion has deepened

tensions. 'Appeals for frankness,' Hiro writes, 'do not seem to weaken the

middle-class belief that talking about a problem creates one.' He cites a

racist feelings for years, out of the misguided but honourable feeling

that inflammatory utterances could only do damage. But the way

feelings erupted after Enoch Powell's speech this year [1968] was

evidence to me that the feeling has been under-represented on

television, and other media."

In much the same way, William Deedes, a former Tory minister and later

editor of The Daily Telegraph, ruefully discovered 'the most damaging division'

section of the governed. 'To talk of conspiracy of silence among national and

local leaders is unjust,' Deedes wrote. 'More accurately there has been . . .

a shyness, a nervousness about the subject which has inhibited frank

discussion.' Deedes, a gentle man, is almost too kind. A strong elitist

strain runs through the dominant layers of British life - the judiciary,

themselves as guardians of a society that cannot bear too much

information, an overexposure to the truth. They do not believe many

citizens are capable of understanding what top people claim to

understand; therefore common people must not be burdened

with it. This IS the adage that 'Nanny knows best'. Its guiding rule is,