Monty Don begins his journey in Rome, power base of emperors and

popes, to explore some of the most extravagant gardens ever created.

In Florence Monty Don discovers how renaissance gardens were

created as works of art, with Medici money, and how a group of

In Naples Monty Don visits some of the most sublime, romantic

retreats in southern Italy. He attempts to discover why, in the south,

gardens are informal and filled with flowers.

Finally, Monty Don concludes his garden tour of Italy in the wealthy

north where, in the Veneto and Lucca, extravagant pleasure gardens

were created for flirtation and fun. 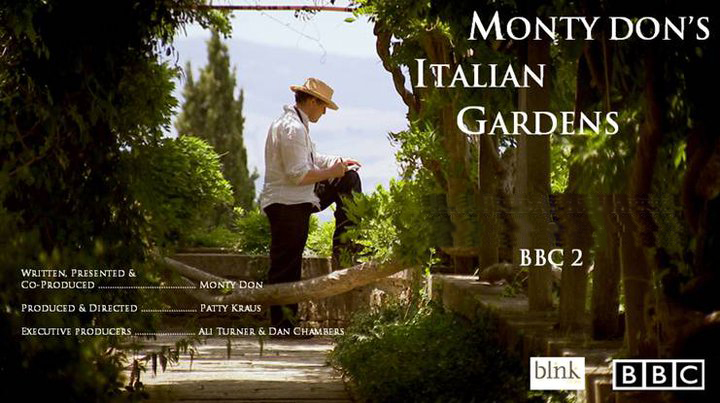 … and no better PROOF of the need for the PROTESTANT REFORMATION back in the 16th Century • in the context of THE DO WHAT I SAY not WHAT I DO mindsight of the Medici Bank backed Church of Rome; in juxtaposition to the present demise of the Grandeur That Was of one of the FOUNDING NATIONS of the EUROPEAN PROJECT • can be found by us all today by watching the four episodes of Monty Don's exemplary Italian Garden Series.