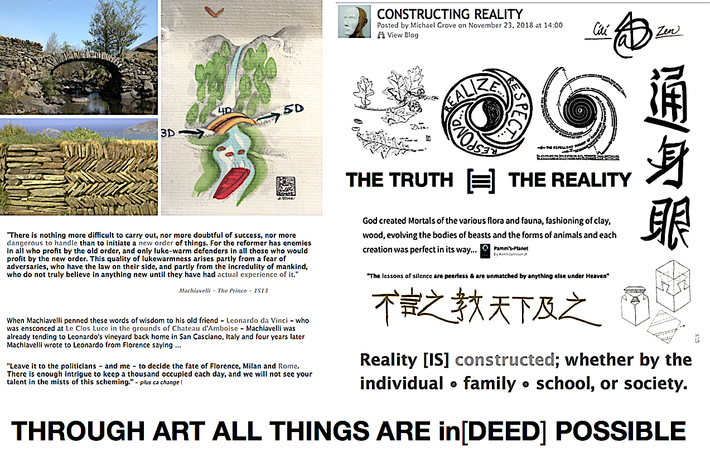 communication, developing and using words that

are consistent with scientific reality, is one facet of

the role of language with respect to synergetics.

Another deals with the difficulty of describing

Perhaps we should call it THE UNITED STATES of FREESPACE [in4D]

ONE of those very important early DRYSTONES whilst acting as a consultant to Oxford University Press, was having been asked, very early on in the research & development of the Volcano Videodisc Project, if I would be happy to give a presentation of my system to some senior members of IBM who are major sponsors of Oxford University and the Press; and so it was arranged for me to do so during an annual event of Senior IBM Staff and their wives, visiting Oxford, the University and the Press, for a week, such that the wives could do their shopping and visit the sites, whilst the IBMers were provided with various tours and a representative update Presentation of the latest happenings, concerning  the use of technology and the Oxford English Dictionary • OED.

So it was on the day that having first been introduced to the concept of Systems Analysis on an IBM 64K Mainframe during my training as an Upper Airspace Area Radar Controller, I provided a demonstration of the Technology behind the Volcano Videodisc Project, which as it happens was the self same early development technology which Tim Berners Lee later utilised for creating the HyperText Transition Protocol on which the launch and development of the INTERNET is based. I can only imagine that they were all pretty impressed because of the hand clapping and the extensive question and answer dialogue which then pursued.