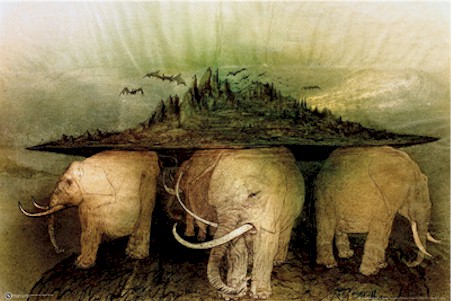 INCAS as oracles in which they discovered omens of the future, then it is

Ralph Steadman in the introduction to his contemporary masterpiece 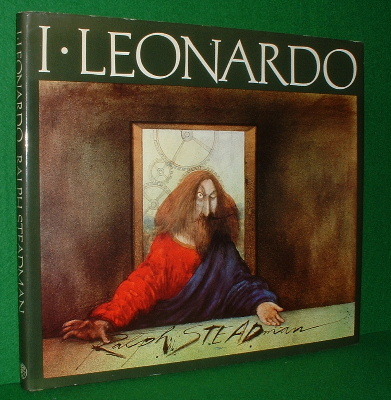 Ralph Steadman's obsession with Leonardo da Vinci has resulted in that which is undoubtedly one of the most inspired and magnificent flights of imagination it is possible to find in book form. He travels to Italy to stand in places where Leonardo stood, trying to imagine what it was like to occupy that MIND which would never stop yearning to fly; never sit back with others reassessing Aristotle and Plato and call it an Enlightened day; who refused to accept knowledge unless it came straight from experience and consequently invented everything from the vocabulary of academic drawing to the submarine.

I would suspect that even Leonardo's close friend Machiavelli would have been full of praise for Steadman's interpretation.

"Impossible as it may seem, it is a fact that Leonardo da Vinci's

masterpiece, the Mona Lisa was stolen yesterday from the Louvre

in Paris, France, where it had been exhibited in the famous Salon Carre f

Establishment at the time - and panic and pandemonium ensued subsequently

- people were running about the Louvre in all directions, including 60 police

again the day before.

Even the forensic analysis which the authorities at the time were using, gave

little respect to the use of fingerprinting, to the extent that fingerprints were

handed possibly dyslexic artist Leonardo would, I am sure, have found

the whole state of affairs highly amusing -  plus ca change !

NO BETTER STATEMENT, to come out of yesterdays demonstrations in the City of London, prior to today's G20 Summit, was that reported by James Hall in today's Daily Telegraph.

”On Old Jewry, a side-street that leads to Cheapside, two young men are dressed in smart suits with canes and copies of the FT under their arms. On first sight, they appear to be ironically-dressed anti-capitalist protesters.

But they are not. Gavriel Merkado and Vladimir Lavrentiev, both 21, are both at business school in London. ”We are protesting in defence of capitalism. People are too willing to blame capitalism if things go wrong,” says Mr Merkado through wafts of marijuana smoke from nearby dancing crusties.

”The current crisis is all about systemic failure of society at every level; people were willing to take on 120pc mortgages, banks were willing to lend them the money and governments were willing to let it happen. Things need to change but you can't blame capitalism as a concept,” says Mr Merkado, as the two men walk off to read the FT in front of the Bank.

It is the most sensible thing I've heard all day.”

IT was John Maynard Keynes who proposed the International Trade Organisation (ITO), supported by an international central bank, the International Clearing Union (ICU), as an innovative project for the future of world trade just after World War II, and as published in Le Monde in 2007

”With an ITO and an ICU, we could have had a world order in which no country could run a huge trade deficit (the United States deficit stood at $716bn in 2005) or the huge trade surplus of contemporary China. Under such a system, crushing third world debt and the devastating structural adjustment policies applied by the World Bank and the IMF would have been unthinkable, although the system would not have abolished capitalism. If we could resurrect Keynes’s concept, another world really might be possible: he figured out how to make it work more than 60 years ago. His plan would have to be dusted off and tinkered with, but its core remains relevant.

It was a neat arrangement. To avoid paying interest or submit to outright confiscation; countries in surplus would race to buy more exports from those in deficit. Those in deficit could sell more and would find it easier to return to equilibrium. Everyone would benefit. Trade would expand, the world would be more prosperous and peaceful, underdeveloped countries would have The International Clearing Union proposal more funds to invest in development, and it would be impossible to accumulate the debts they have today.”

which Tom Stevenson has most succinctly summarised,
again in today's Daily Telegraph …

”The biggest problem facing the G20 leaders is that they are trying to patch up a fundamentally unbalanced system in which the excess production and savings of one handful of countries has to be matched by the excess consumption and borrowing of another handful of nations. Either China and Germany have to learn to spend more or the US and Britain must learn to live within their means.

The optimal solution, of course, would be a bit of both.

No doubt the compromise communiqué that is thrashed out today will be presented as a triumph of shared purpose and international co-operation. Let's hope enough people believe it, because the failure of the G20's predecessor 76 years ago led down a path no one would wish to repeat.”

On the other hand, perhaps IT WAS “perestroika” in the name of PEACE on EARTH, that Barack Obama discussed with President Dmitry Medvedev during their one-on-one meeting in London yesterday ?

The US (and the world) does not need 24 years of Bush and Clinton. Do we really want a nation that is run on the lines of Florentine Renaissance politics, with all its attendant intrigues? I'm sure the ruthless,
cynical Clintons don't give a damn, but some of us want to see a radical change - and Obama is that change. Hilary is manipulative - she hides behind her gender to deflect criticism. The suggestion that women have somehow suffered more than people of colour in the US is outrageous and deeply cynical. The world does not need the Machiavellians Ferraro and Clinton …

and should Clinton win a second term 28 years of Bush and Clinton.

” There is nothing more difficult to carry out, nor more doubtful of success, nor more dangerous to handle than to initiate a new order of things. For the reformer has enemies in all who profit by the old order, and only luke-warm defenders in all those who would profit by the new order. This quality of lukewarmness arises partly from a fear of adversaries, who have the law on their side, and partly from the incredulity of mankind, who do not truly believe in anything new until they have had actual experience of it.”

I would suspect that no one would agree more with this sentiment than Jacques Fresco - father of The Venus Project & the concept of a Resource Based Economic Society - the man who is commonly referred to as a modern day Leonardo da Vinci, who in turn was a life-long friend of Machiavelli.

“I don't think Geraldine Ferraro's comments have any place in our politics
or in the Democratic Party. They are divisive. I think anybody who
understands the history of this country knows they are patently absurd.
And I would expect that the same way those comments don't have a place
in my campaign they shouldn't have a place in Senator Clinton's either.”

“I've been talking to Barack Obama's team about issues like the cost of the war and regulatory problems. I think the agenda he's putting forward is a very positive one.

There IS a leadership deficit at the moment and he's the best hope to turn things around.”

"The rulers of the exchange of mankind's goods have failed,

through their own stubbornness and their own incompetence.

They know only the rules of a generation of self-seekers.

The money changers have fled from their high seats in the

temple of our civilisation.

We may now restore that temple to the ancient truths,”

speech to the nation in March 1933

Will we hear such language before long from President Obama, addressing the most radical House and Senate in living memory? Probably.

From moral hazard to moral rebirth …

Right now I am focusing on: Tonglen meditation - The Taking and Sending

meditation trains us to consider all beings as our kin. Just as we do, all beings

want to be happy and avoid suffering. We take all beings as the object of our

concern, using our great heart of compassion to make the wish and

commitment to relieve them of suffering and bring them genuine happiness.

Comment by Michael Grove on July 2, 2012 at 11:29
As Arianna Huffington has so eloquently and recently stated -
“If you didn’t care at all about people and you just cared about the deficit, this is just a stupid way to go about it. It doesn’t work. Austerity does not lead to deficit reduction. That we are continuing not to look at the facts, to me is stunning. It is the definition of insanity.” 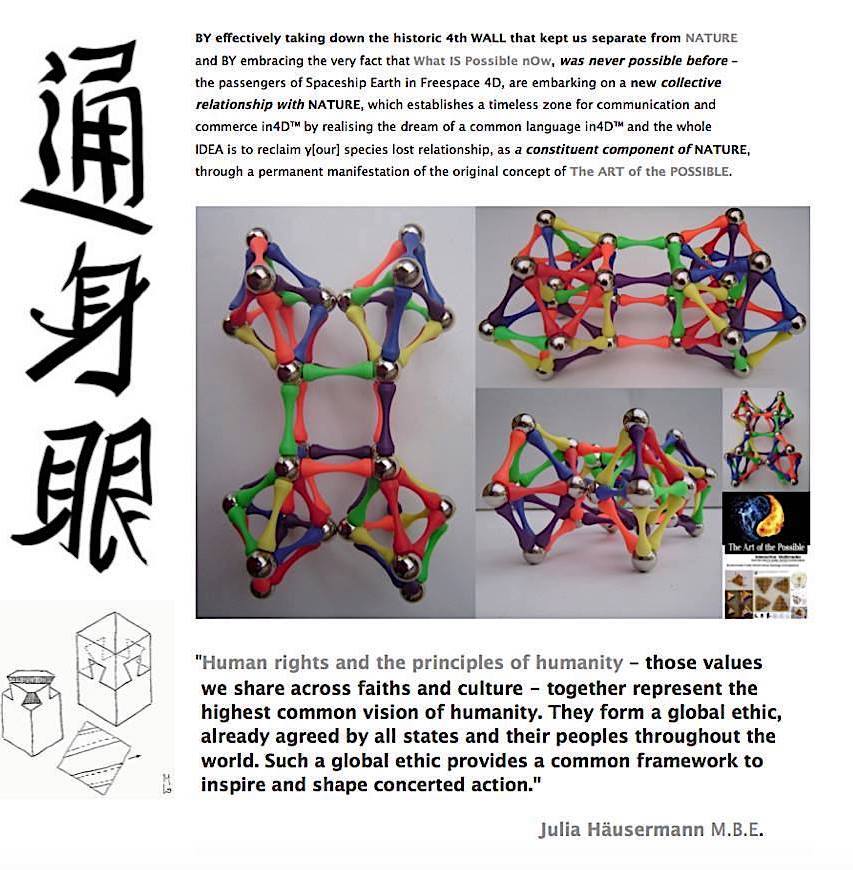