[IT] IS INDEED THE REALITY THAT EVERY STORY .... 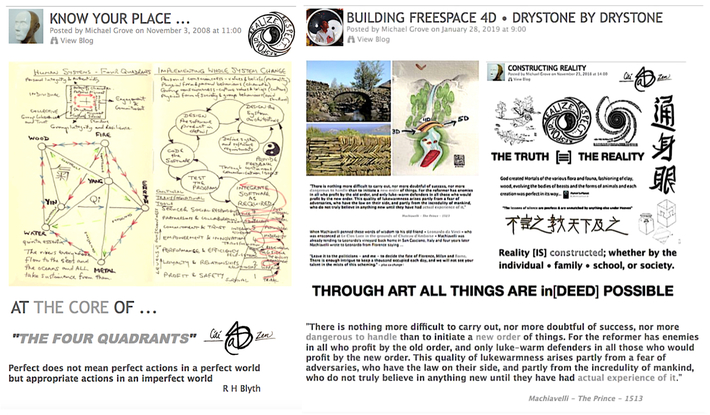 EVER TOLD, since the beginning of TIME, has been based on the concept

of communicating an IDEA or IDEAS whose TIME has come, because as

"The Universe is made of stories, not of atoms"

... and every story IS the seed of a thread of interconnection and interaction

of every thread, which reflects the warp and weft of our individual and

collective 'WEB of LIFE'. It is that WEB of LIFE which Gregory Shephard

and his associated ARTISTS, have been discussing, in the infinite

conversation taking place around the virtual library roundtable, at

Facebook, in the context of their launch of Freespace 4D™ in 2018,

for [BE]ing and BECOMING [TIME]less, which will embrace the potentiality

of forever storing, in glass TIME[capsules], the stories of each and every

or so, into appropriately developing a solution, which addresses the

desperately needed SWITCH, that will provide the mechanism by which

the most significant question "HOW to take AN IDEA and SHARE IT?"

pale blue dot, in order that Universal NATURE's perfect design might be