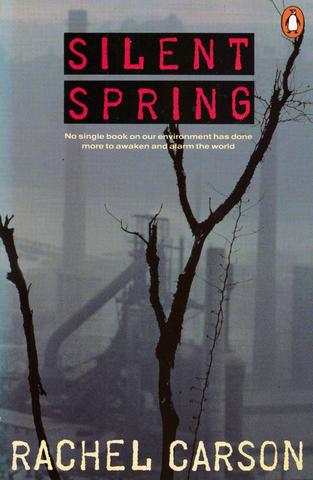 "What we have to face is not an occasional dose of
poison which has accidentally got into some article
of food, but a persistent and...

First published in 1962, Rachel Carson's scientifically passionate exposure of the
effects of the indiscriminate use of chemicals will continue to be of vital importance.
In her vivid & well-informed text she describes how pesticides & insecticides are applied almost universally to farms, forests, gardens & homes with scant regard to
the consequent contamination of our environment and the widespread destruction
of wildlife. She argues that unless we recognise that human beings are only part of
the living world, our progressive poisoning of the planet will end in catastrophe.


Silent Spring remains the classic statement which founded a whole movement and should be read by everyone who is concerned about the future of our world.

Lord Shackleton wrote in his introduction - Silent Spring is not merely about poisons; it is about ecology or the relation of plants and animals to their environment and to one another. Ecologists are more and more coming to recognize that for this purpose man is an animal and indeed the most important of all animals and that however artificial his dwelling, he cannot with impunity allow a natural environment of living things from which he has so recently emerged to be destroyed.

.
First posted by Michael Grove on April 14, 1964 at 9:00
Cover photograph by Sebastiao Salgado/Magnum from the John Hillelson Agency


views (358)
Tagged with: ecology, set of values, silent spring, future of our world

Man has lost the capacity to forsee and to forestall. He will end by destroying the earth.


The sedge is wither'd from the lake, And no birds sing.
Keats


I am pessimistic about the human race because it is too ingenious for its own good.
Our approach to nature is to beat it into submission. We would stand a better chance
of survival if we accommodated ourselves to this planet and viewed it appreciatively
instead of sceptically & dictatorially.
E.B.White

Fed up with health concerns, environmental threats and political corruption,

a Utah mom organizes a global movement against the biotech giant. 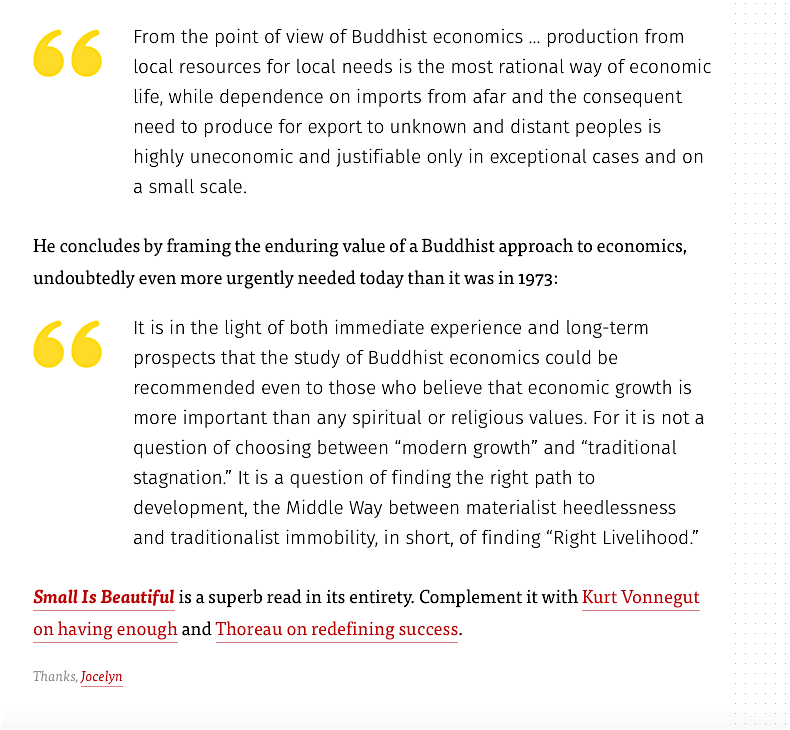 THE MIDDLE WAY was something that Tony Blair often spoke of as the Labour Party's answer to the future prosperity of the UK, unfortunately neither he nor the Labour Party in Government had any inkling of an understanding of what it constituted; let alone "the Middle Way of finding “Right Livelihood”... as described by Schumacher in his book SMALL IS BEAUTIFUL Economics as if People Mattered. It is very apparent, having read BROKEN VOWS by Tom Bower, that Tony Blair had not the slightest intention of establishing 'THE MIDDLE WAY of Economics as if People Mattered' because of his own extremely self-serving agenda which in the context of the curious case of being British, was best exemplified by his decision to become a member of the Church of ROME rather than subscribing to the Church of England, presumably so that he could ingratiate himself and his family with the Pope himself.