Since I was first introduced to the ART of SYSTEMS ANALYSiS on an IBM System/360 64K CoreStore Mainframe, which was the size of a small block of flats, during my initial training as an Air Traffic Controller with the Ministry of Aviation at the School of Air Traffic Control in Hampshire, UK; and here we are NOW, as computing moves to the sub-atomic level, contemplating the development of an IBM device that can unlock THE MOST SOPHISTICATED forms of modern computer cyber-security.

transform the world of banking. In the basement of a low-rise building

overlooking Lake Zurich and through a door accessible to only a select few,

of modern computer security. Step inside and the first thing you notice is

the noise: constant, clamouring, whirring. It emanates from two white

canister-shaped refrigeration units, where tiny copper wiring and chips that

space. Standing just a few centimetres away from them, the heat inside the

room - like the back of a fridge at home - is palpable.

ON [RE]flexion, my own connessione with the rapidly growing number

of cultural creatives, has been established by a series of initiatives,

ten. The one common-denominator of ALL these cultural creatives, IS

that they believe that they are acting alone, but because of and thanks to,

Tim Berners Lee and the advent of social media in the form of Blogger,

generations to come, as just one soul of the Freespace in4D™ cultural From the really big perspective of cyber-security of course

we are not just talking about moving money around but moving

people and things around on a minute by minute basis, because

the Internet of Things has already being considered as a method

of keeping track of our individual as well as collective movements

AROUND Spaceship Earth, on the ground, in the air and in space.

Exactly 100 years ago on Sunday, after unleashing destruction

on utterly new dimensions, the Great War ended. It was a war in

which governments and generals struggled to adapt command

structures and battlefield strategies to take account of some 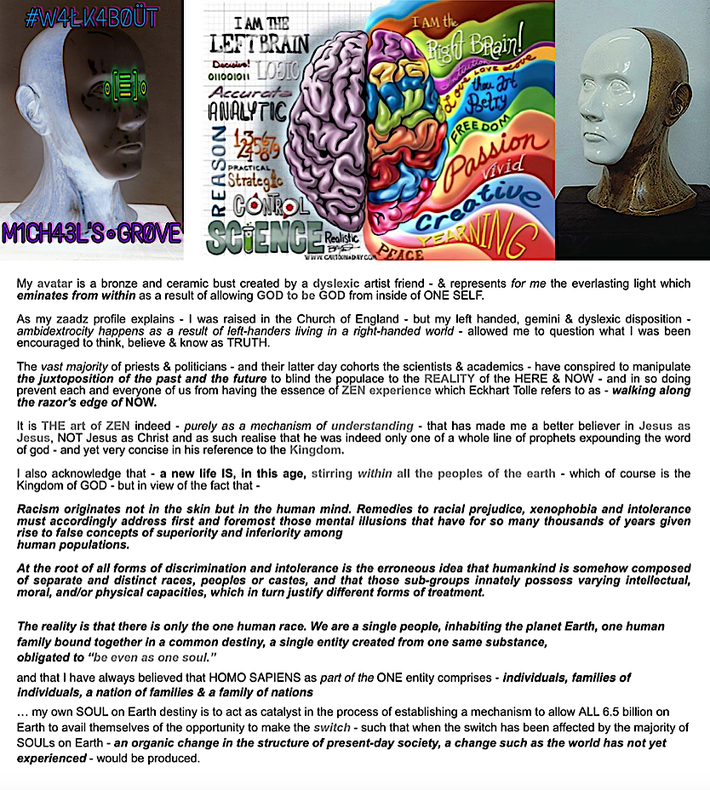