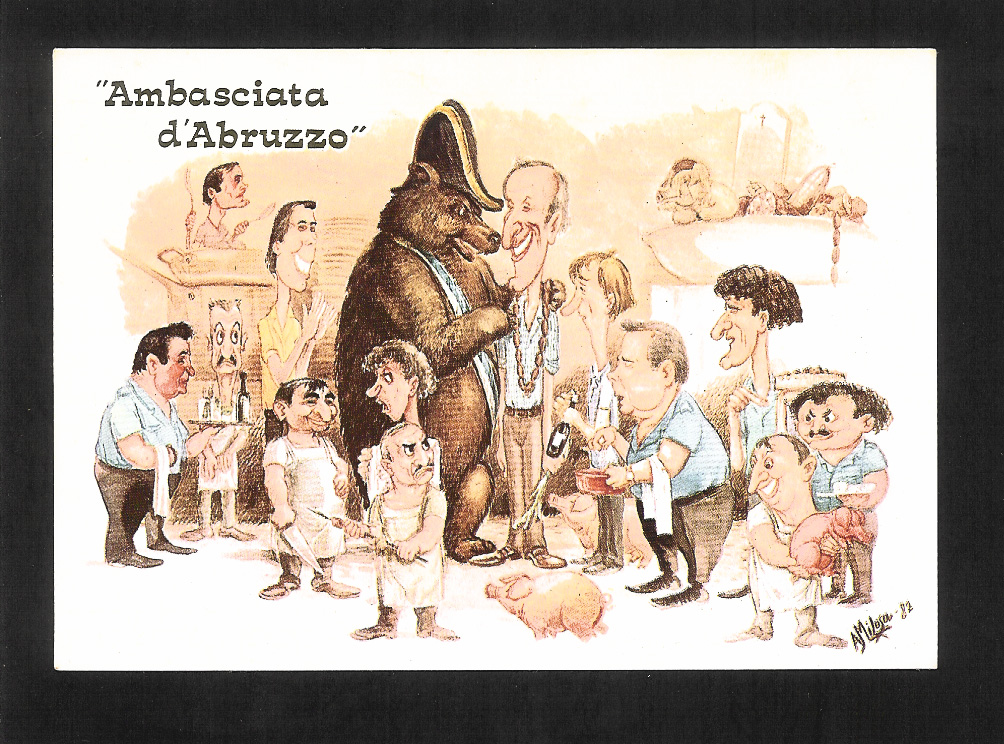 LEAD to ROME
.
as indeed they did for thousands of years - & still do on occasion 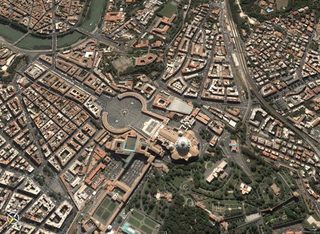 Birthday lunch in the centre of Rome - afternoon tea on a diplomatic balcony - an evening-before meal on the terrace of the restaurant "on the hill" - prior to the penthouse swimming-pool dip - looking down over ALL of Rome - with the Vatican appearing as a Google or Quicktime VR panorama - reminds me of special times spent with the family - equally looking down - this time on Granada - from the castelated walls of the Alhambra - with all its memories of trickling, flowing, cascading water - and recollections of Leonardo's Deluge - and its daily neck-exercise significance of the yin & yang of Tao & Buddha as ONE.

Stephen Wiltshire is a British man who was diagnosed as autistic when
he was a child. He's also been noted for his exacting memory, which
allows him to recreate [in drawings] vast scenes he sees only once.
This video shows his 16-foot-panorama of Rome after taking one
helicopter ride above the city.
.
.
The "ROAD" or way of TAO is the way of nature. LIFE is a constant series of opportunities. If we @ zaadz don't reach out for things - if we don't take advantage of what comes our way - then we cannot be in harmony with the essential nature of life. Full participation in ALL things - is the surest way to happiness, vitality, success & a deep KNOWLEDGE of TAO.
.
The road to success is NOT doing one thing 100% better ...
but doing one hundred things 1% better.
JUST imagine what could be done with a vision equipped drone !
or even a microlight in pursuit of  Leonardo da Vinci's
"DREAM of taking to the air and flying with the birds"
First posted by Michael Grove on May 19, 1984 at 14:30
.

In My Language - ALL ”ROADS” do indeed lead to Rome

iOS’s impact on those with impairments isn’t just a marketing slide; it’s profound.

It was while watching the BBC film of the microlight flying with the geese - that I was reminded  by the shot of the jumbo jet on approach to  Heathrow Airport - of seeing for the first time a PanAm Boeing 747 land at Heathrow after I had guided it onto approach from London Radar, which was situated then on the north side of the airport. 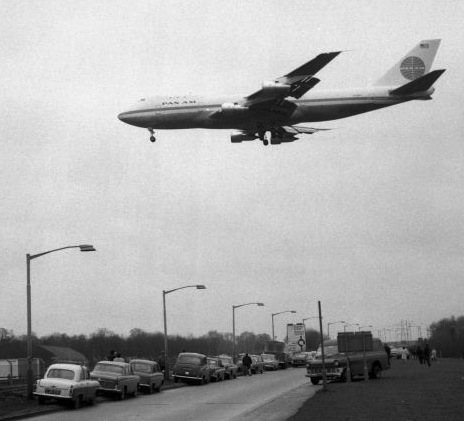 Whether or not the delayed take-off of the return flight, due to mechanical failure, was a harbinger of things to come it was this exact same plane that was lost in the horrific accident at Los Rodeos Airport, Tenerife, which resulted in -

It was during the time between these two events that Linnie & I were both happy for me to be seconded to the Eurocontrol upper airspace agency in the early 1970s prior to the UK becoming a member of the EEC - because of our commitment to the idea of a union of the peoples of Europe - but we soon, even then, became very aware of the burgeoning bureaucracy of that system and the corruptive payments that the EEC were making to the likes of bargees travelling to and fro across borders to claim "subsidies" several times over - without a shed of cargo on board. As an Air Traffic Radar Controller with the specific task of keeping aircraft at least 5miles and 1000ft apart it was certainly a wake up call to realise that each of the nationalities in Eurocontrol had a different common-sense attitude towards the task in hand - despite the fact  English was the only language of communication for air traffic movements. The next 3 years or so of living with the peoples of Europe could not have been bettered but it was eventually the dissolution of those very people with the European Project, themselves, that influenced our decision to return to the UK - and we have never regretted that decision despite many subsequent trips to places throughout Europe and return visits to the friends that we made.

Possibly, just as people all over the known world could once say -

so they will be able to say, “I am a European”, and know that they are safe and free under the blue flag with its golden stars. It may be for that reason that the eurozone decision-makers decided to make an example of Cyprus. They knew that it was puny. They believed, probably correctly, that it would have to obey. They hoped to show the world, which doubts, that they mean what they say.

But the exertion of such power is a very ugly thing. When you see it exerted you also see who is accorded respect and who isn’t. In this case, ordinary depositors have been disrespected and parliamentary processes have been bullied into giving the “right” answer. Cyprus is capitulating not out of euro-patriotism, but out of fear.

This is NOT European “solidarity” but coercion.

In all this long euro-crisis, Britain has rightly held aloof, but at the same time urged the eurozone to deepen and strengthen itself. This is inconsistent reasoning. If tiny Cyprus can be so much trouble in building the great euro-Empire, what does that say about the likely harmony of the ultimate whole? -

... and IT IS of course a fact that ITALY and ROME are, and wish to remain, part of that harmony.

As Jeremy Warner has recently stated - "Monetary union is many things, but above all it is about free movement of money and a uniform value wherever it is spent. When these functions are disabled, then you cease to be part of a single currency." The Romans were aware of the heavy nature of their building materials. 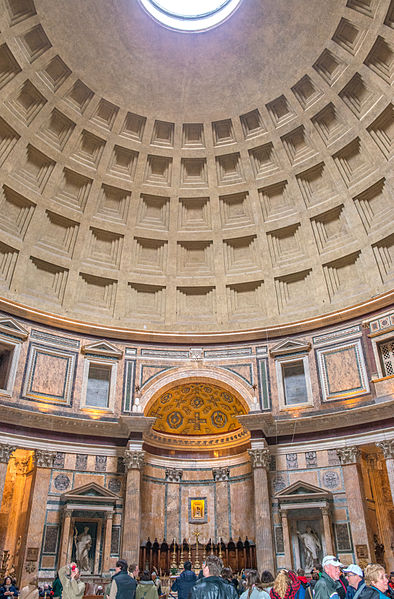 So they used lighter materials toward the top of the dome of the Pantheon in Rome. On the lowest level travertine, the heaviest material was used, then a mixture of travertine and tufa, then tufa and brick, then all brick was used around the drum section of the dome, and finally pumice, the lightest and most porous of materials on the ceiling of the dome.

The pumice itself is of course volcanic - but as THIS article has said, regardless of whether concrete buildings are liked or not, there are many very good designs which could have benefited from the Roman's understanding and no doubt many more in the future. My father working as a steel-fixer and bar-bender was involved in the construction of the Commonwealth Institute, with its parabolic paraboloid roof - oh that the John Laing research team had understood then what the Romans understood, when it was built or even taken cognisance of the Swedish invention of Autoclaved Aerated Concrete -

Communications antennae on the roof of the hotel, in which I stayed and enjoyed the penthouse swimming-pool dip - whilst looking down onto the magnificence, which IS ROME ... from its founding, traditionally dated to 753 BC, up to the final conquest of Italy in 270 BC, ROME transformed from a small city-state in Italy to the master of the entire peninsula - through a long period of conquest, accomplished just as much with political and diplomatic efforts as with military might, the Romans established themselves as a major power and sowed the seeds of what would later become one of history’s great empires - as a new Roman Republic was declared in the late 19th century and crushed by French troops that same year of its creation, revolution remained in the air and the movement for the reunification of Italy succeeded; a new Kingdom of Italy took control of much of the Papal States and was soon pressurising the Pope for control of ROME - by the time that French troops had left the city in 1871 and Italian forces had taken control, ROME was declared capital of the new Italy - and gave its name to the European Treaty that established an international agreement that led to the founding of the European Economic Community (EEC) on 1st January 1958. An event that I had studied at Grammar School, which had convinced me of the veracity of the project, and the potential of the UK becoming a supporter thereof with the desire of becoming a member. When that time arrived however, for the peoples of the UK to vote on membership of the EEC, Linnie and I were not allowed a vote because of having been seconded from the Ministry of Aviation, to Eurocontrol Brussels initially and then to the Maastricht Upper Air Traffic Control Centre in the Netherlands. Had we had the opportunity to do so at that time, however, our experience of the Top Down anti-democratic "DO WHAT I SAY NOT WHAT I DO" mindset of control, had become enough to convince us then NOT to take part in THE PROJECT, whatever that was destined to [BE]come. 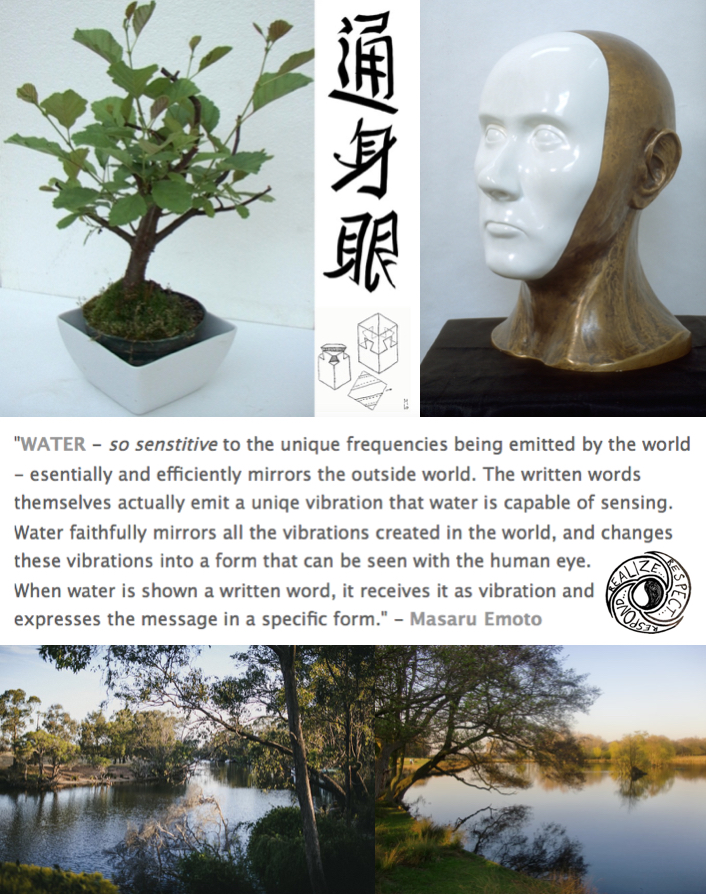 Most of the pilings that form the foundation of Venice were made from Alder trees, and [IT] was my fascination with an understanding of how Alders grow in water that I chose to cultivate bonsai'd versions of same.