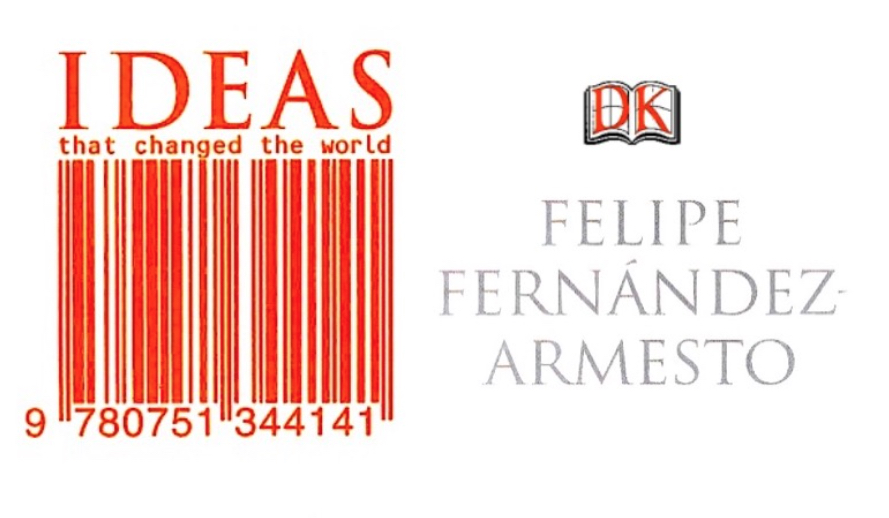 Previously posted by Michael Grove @zaadz on November 9, 2006 at 9:30
.
IDEAS of Worldchanging significance - not the least of which are
bar-codes, ISBN & the ubiquitous RFID - have been described by
Felipe Fernandez-Armesto in this book

A compelling and thought-provoking guide to the historical and philosophical

notions that have shaped human civilization. From divine majesty to jihad,

from the dawn of time to the present day, from Ancient Greece to North

America, each idea is engagingly explained and powerfully illustrated over a

In all, over 175 of the world's most pivotal ideas are liberated from their often

obscure and academic contexts, expertly distilled by one of the world's greatest

historians and thinkers,and given a new accessibility and ease of interpretation

with Dorling Kindersley graphics and design. The book is at once an original and

authoritative retelling of the story of civilization, a source book for all student

s of philosophy and history, and a highly browsable reference for the general 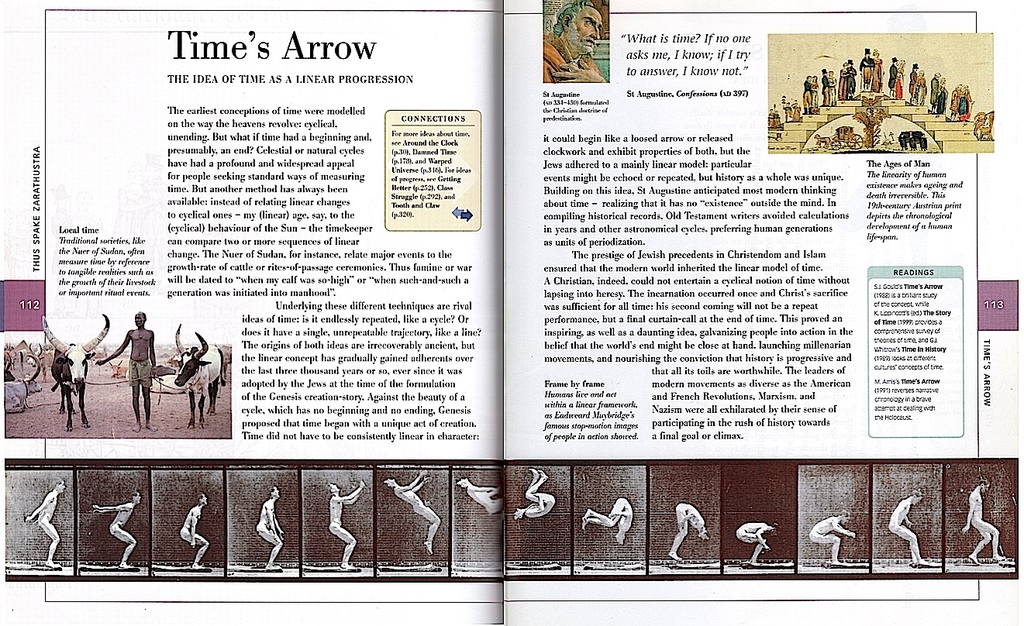 The connections between ground-breaking ideas are highlighted throughout

- and lastly the Global Village - the idea of Cultural Pluralism.

Fernandez-Armesto says - " It seems odd that one thing can signify

something else. Presumably symbols developed from awareness that some

events are cued by others.  Language was, probably, the first system of signs

When the idea of symbolic representation occured to them, they had a means

of conveying information and making it available for critical examination - it

was an advantage over other species and, ultimately, a means of broadening

reach realities that senses obscure or warp - a perfect circle, a line without

- zero and negative numbers, ratios that could never be exactly determined, yet

which seemed to underpin the universe Pi for instance (22/7), the value that

determines the size of a circle, or what Greek mathematicians called the

"Golden Number" (3/2), which seemed to represent perfection of proportion."

As well as Leonardo da Vinci's fascination with the physical and symbolic properties of water - he composed eleven small drawings of a deluge that probably reflect theories developed over a lifetime of observation - his studies of physical form also went below the surface, to structures in the brain and a more neuroscientific understanding of the brain.


Following on from Leonardo da Vinci and the Golden Section used by the ancient Greeks - Le Corbusier patented and published his Modulor - a symbolic representation of a series of proportions based on the measurements of a    'six-foot man' - which he called "a measuring tool based on the human body and mathematics" - and acts as both a module of measurement and of scale - in addition to providing the means of relating measurements in feet and inches to those of the metric system.

More recently the film-maker Mark Whitney & art historian Carlo Pedretti produced a state-of-the-art computer animated video - Leonardo's Deluge - using - scenes of natural landscapes around the Arno River to underscore the symbolic significance of these drawings - and the proportional rule of thirds which is now so importantly understood by those involved in the art of film production - and those @zaadz who aspire to be so.

IDEAS are brought to fruition, for the purpose of changing the

world, whether from a positive or negative perspective.

No less "an evolving example" of same, derives from the Leonardo

LINK with the work of I LEONARDO by Ralph Steadman.

I just wanted you to know how much I appreciate you and your posts Michael. I look forward to every one :-)

I love this book and I intend to come up with more ideas however small and insignificant as it may seem, can actually inspire others to do the same just like how passionate you are Michael in blogging about wonderful stuff. Yes indeed we look forward to every one. Thank you, Michael.

HAIL & many thanks to you BOTH - and ALL of you others out there - for dedicating your precious TIME to reading my zblogs - be assured I will continue to do so throughout 2007 & the coming years - & in so doing hopefully provide just a little inspiration of how we are going to change the world together. The turbulence that breaks up orderly systems and causes disorder to boil across our landscape in the forms of lava, wind, or water has long been an object of fascination for great minds. One of the earliest and greatest was Leonardo da Vinci, who made many careful studies of turbulent motion and became obsessed with the IDEA that A GREAT DELUGE would one day ENGULF THE EARTH.

In his observations and drawings of rapidly flowing water, Leonardo noted how vortices tend to fragment into smaller and smaller vortices, which then fragment again. The whole process en route to turbulence appears to involve endless subdivisions or bifurcations at smaller and smaller scales. Where do these bifurcations end? Is there a limit to their number? A fluid is ultimately composed of molecules; is it possible that true turbulence persists right down to the molecular level, or beyond?

The notion of vortices within vortices ad infinitum suggests that systems close to turbulence will look similar to themselves at smaller and smaller scales - suggesting that the strange attractor of turbulence is a mirror-world.

Without mathematics there is no art - Luca Pacioli

became aware of the significantly different symbols utilised to

annotate the very distinction between the arithmetic and the

algebraic 'equal to & equivalent to' namely those that are seen Luca Pacioli tutored the artist in Euclidian geometry and Leonardo impressed the mathematician with his ability to depict intricate geometric shapes as works of art. Pacioli spent much of his time in 1497 composing the text of Divina Proportione, which is an in depth study of the golden ratio, or ‘divine proportion’ [a : b = b : (a + b)], in geometry and art and which also detailed Euclid’s regular and semi-regular Platonic solids and concludes with a treatise on perspective and architecture. Pacioli’s text made the golden ratio central to the understanding of painting, sculpture, architecture, music, poetry and philosophy and was illustrated by models drawn by Leonardo, making Divina Proportione the only book illustrated by the artist in his lifetime. Two copies of this work survive, now kept at the Biblioteca Ambrosiana and the University Library of Geneva.