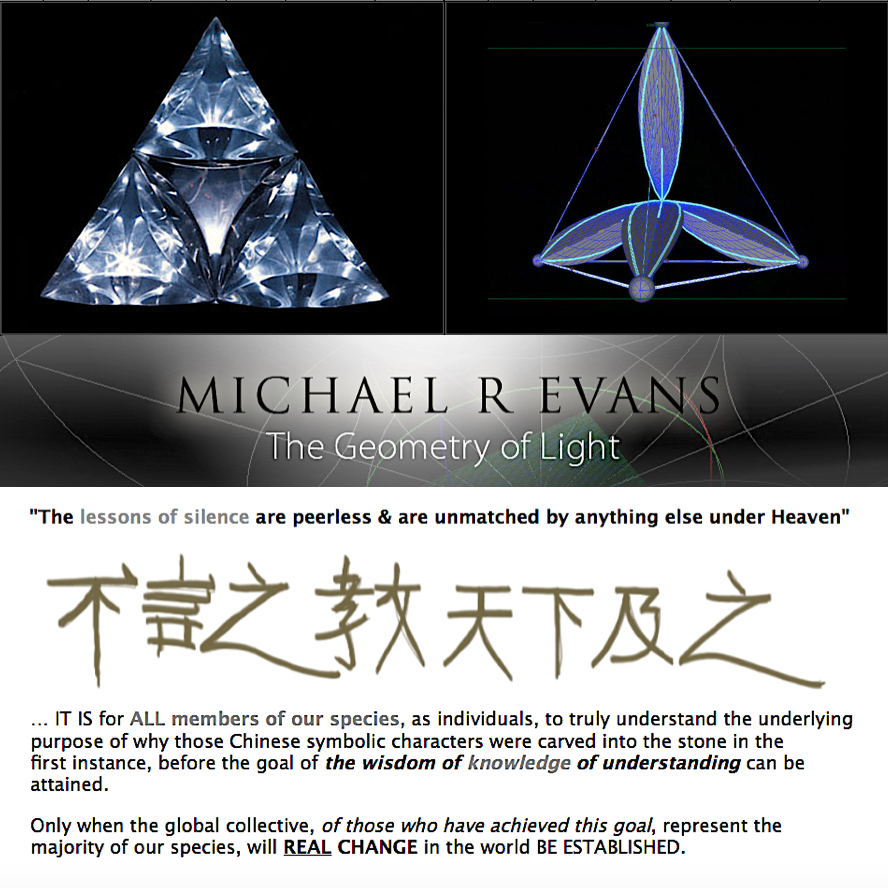 TO KNOW MY TRUE AUTHENTIC SELF • TO KNOW THAT ME

and THE UNIVERSE EXIST AS ONE • THEN NO MATTER WHAT IS

or WHATEVER ISN'T • I AM PART of EVERYTHING THAT EVER

and THE UNIVERSE and THAT WE ARE ALL CONNECTED to

EVERYTHING and NOTHING EVER ENDS - Michael R Evans

based MINDSIGHT • to the establishment of an appropriate solution

COLLECTIVE DENIAL of the TRUTH - which our species has allowed,

somewhat unwittingly perhaps, to be perpetuated • the seemingly

AS Eckhart Tolle has so poignantly and succinctly proposed ...

“When faced with a radical crisis, when the old way of being in the world,

any more,when survival is threatened by insurmountable problems, an

rise above their lim itations with an evolutionary leap…

THIS IS the state of humanity now, and THIS IS ITS CHALLENGE“

BY effectively taking down the historic 4th WALL that kept us

Possible nOw, was never possible before - the passengers of

Spaceship Earth in Freespace 4D, are embarking on a new collective

relationship with NATURE, which establishes a TIMELESS ZONE for

communication and commerce in4D™ by realising the dream of a

lost relationship, as a constituent component of NATURE, through a

permanent manifestation of the original concept of ...

The SPiRALogic ART of the POSSIBLE. 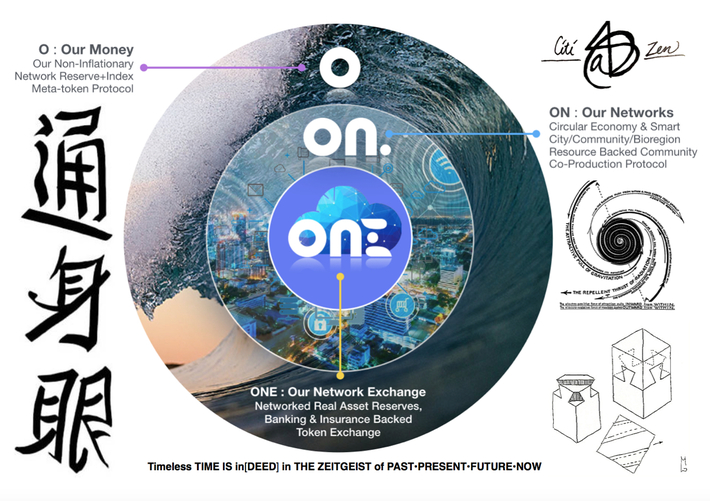 FROM the first utterance of the [UN]MANIFESTO to the potential of a NEW MODEL of the [UN] which THE human[KIND] of Spaceship Earth in Freespace 4D, can n•O•w embark on, in a new collective relationship with NATURE, that establishes a timeless zone for communication and commerce in4D™ by realising the dream of a common language in4D™ and the whole IDEA is to reclaim y[OUR] species lost relationship, as a constituent component of NATURE, through a permanent manifestation of the original concept of THE ART of the POSSIBLE by way of THE ONE : Our Network Evolution.

Never forgetting of course that as Ray Podder has so succinctly proposed: "LOVE IS THE OPERATING SYSTEM" • which will in[DEED] drive THE BLOCKCHAIN of THE FUTURE because • "Every epoch in human history is marked by the appearance of a seemingly insurmountable collection of crisis, accompanied by a series of INSIGHTS and IDEAS that question the foundation of our current reality by evidence to the contrary. In other words, when the nature of inquiry conflicts with the nature of reality, we collectively experience a paradigm shift. Suddenly, the earth is no longer flat, the Sun does not fall off the edge of the sky and fire is no longer a manifest of magic. We are living through ONE of those times."