THE FOURTH DIMENSION BOOK OF LIFE ... 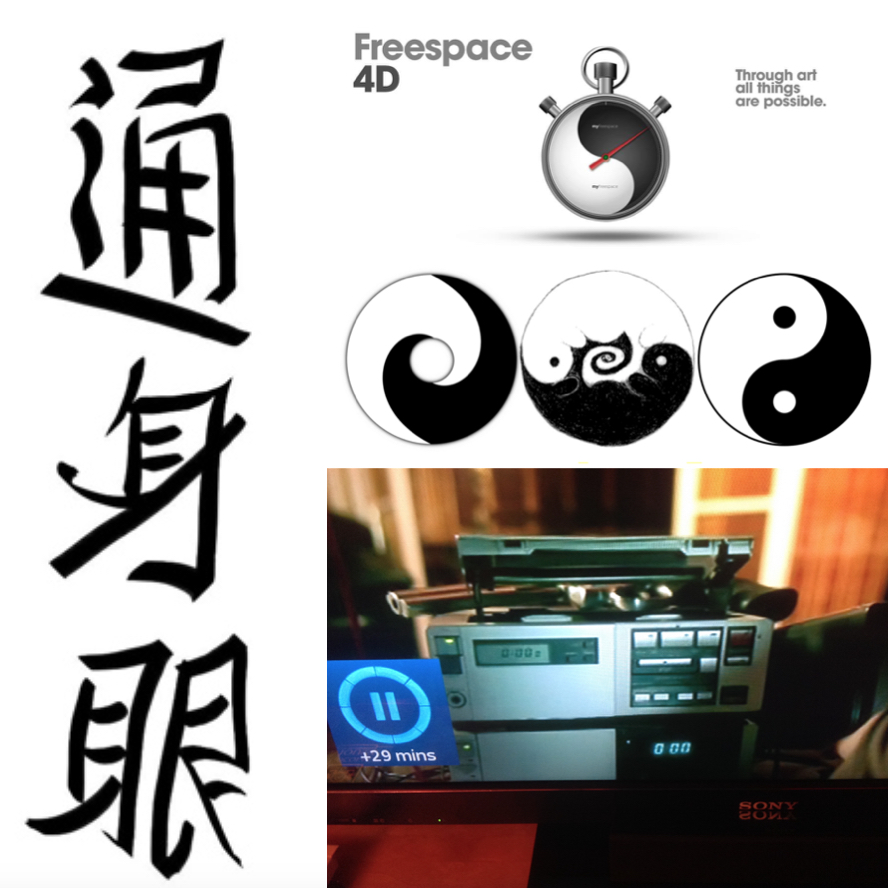 IN the context of the LIFE of Spaceship Earth and its passengers,

over the last century or so, the insight which arises, begs THE

most profound of questions ... WHY DO WE FIGHT ?

ALL Conflicts in Space, Time and Culture have inevitably

resulted in the immediate expenditure of LIFE and the long term

'racking up' of NATIONAL and INTERNATIONAL DEBT, as well

as the escalating political slavery of the vast majority of

[IT] IS TIME for ALL the passengers of Spaceship Earth, to take a

leaf out of Buckminster Fuller's books of LIFE  and realise that

the case, as SO many before us have manifestly understood, that

... THE LOVE of NATURE is the NATURE of LOVE

For many of us who started making professional recordings in the '70s, the Sony PCM-F10 was our first digital recorder. I was overjoyed when, in 1981, Sony released the much smaller PCM-F1 processor. The PCM-F1 was a small unit, roughly the size of a hardcover dictionary volume. When mated with a VCR (as the recording device), it enabled engineers to build a digital recording system for less than $2,500 - in the era when the alternatives cost more than 10 times as much.

A few years later technology advanced even further, enabling the VCR and digital processor to be reduced considerably in size and to be integrated. The conception of the DAT recorder signaled the end of the Sony F1 era, but we must not forget that its parents were the PCM-F1 and the VCR.

Although this is a Retro Review, I continue to use this vintage product almost daily. Thank you, Sony for pioneering low-cost digital recording, for providing an upgrade path for improving its sound and, most importantly, for building a digital recording system in the '80s that is still running reliably in late 1999.

Dr. Fred Bashour holds a Yale Ph.D. in Music Theory, and is a contributor to Pro Audio Review.

I owned one of these devices myself and was involved in persuading colleagues at London University, to consider the use of the product to download and store, the massive amounts of digital data that the new satellite communications systems, of the day, were generating at the time. This was the first piece of technology on earth, which provided EVERY musician with the capability of storing their music in digital form, for its distribution to ALL that would hear it, without the "permission of the 'LORDS and MASTERS' of the Music Industry"; and the opportunity to cut their musical creation to a compact disc [CD] for distribution to whomever they were pleased to do so.

THE TITLE • TV Screen Shot above, was grabbed from a recent episode of Deutschland 83, revolver and all, which I deemed suitable to illustrate the potentiality of the positive use oftechnology, in the face of ALL conflict in space, time and culture. This photograph of my son Jamie was taken at the Old School House in Tackley. The Panasonic Professional Videotape machine was the first of its kind in Tackley and all of our children's friends used to come around to watch in awe, the videotapes of the likes of ET and Starwars; and the SONY kit sits between it and our Artemide "HELMET" Lamp. 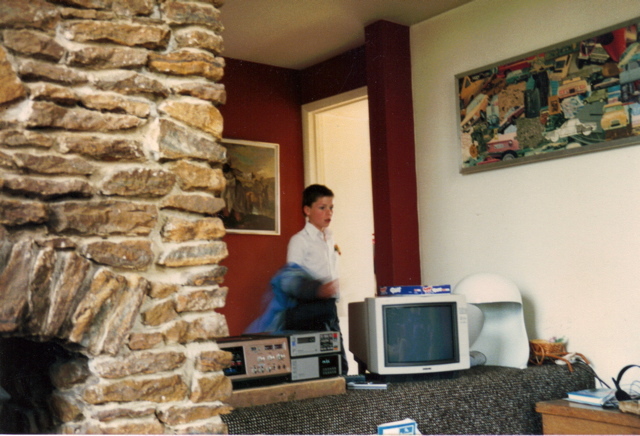