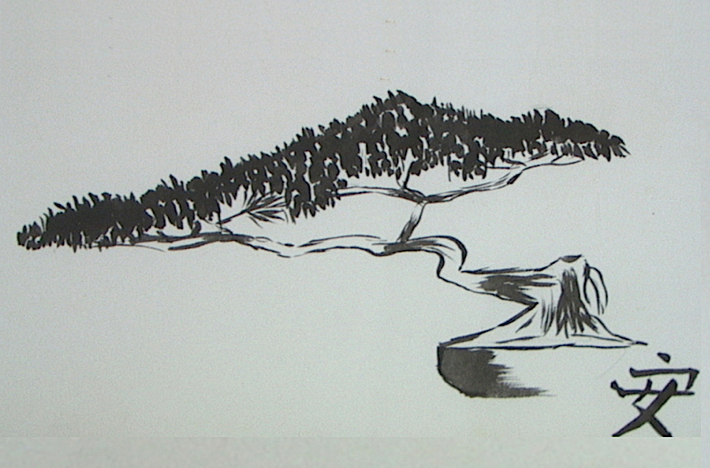 IS about making the RIGHT connections.

of the mind & body which create the art-work - whether it be song,

THE stories which bring all of these diverse

creative activities together as an integral whole.

The artwork thus enabled - as a "reflection" of the appropriate combination of connections in the brain of the artist - which constitute the IDEA in the MIND - is then conveyed through the "conduit" of collective consciousness to the "viewer" of the art - whose own brain stores its specific set of connections - flagged with approval & excellence - IF - the positive and qualitative enhancement and evolutionary benefit of the ONE collective consciousness results.

THE ACT of FOCUSSING our CONSCIOUSNESS is an act of creation.
Consciousness Creates - Gregg Braden

and Giacomo Puccini wrote ... The music of this opera was dictated to me by

GOD, I was merely instrumental in putting it on paper and communicating

it to the public.

How an Artist is Like a Tree: Paul Klee on Creativity

whatever level of enlightenment they had attained - such that the potential

In short INTEGRAL ART is that which has been created by an artist - as I AM what I AM as an extension of the KOSMOS which IS & ain't no ISer - who has primarily taken action in assuming responsibility for the ART  of enlightened communication - has fully understood the need to transform information into knowledge, knowledge into ideas & ideas - through imagination - into the wealth of art - & has finally committed to freely associate with others - in order that the artwork may be communicated throughout time, space & culture.

"We need a new art form that evokes our passion about becoming a new humanity that opens our collective eyes to see the invisible becoming visible. The image of a Planetary Birth experience offers us a shared vision of who we are becoming as a very young universal humanity. Birth 2012 could be our epiphany - our greatest transformational experience."

Barabara Marx Hubbard - Birth 2012 and Beyond

As Christopher Galtenberg has said elsewhere  -

This is our mission as artists. Take quests.

Quest into new worlds. Show others that they exist.

The very best example of a piece of INTEGRAL ART
would be the 3D model of The Theory of Everything -
which Ken Wilber has so vividly described as " a bowl of spaghetti " or the puke
which results from "swallowing a box of children's multi-coloured crayons".
but before we can contemplate such a 3D model we have to ask the question -
What's So Special About INTEGRAL ART ?
First posted by Michael Grove @zaadz on January 11, 2007 at 14:00
.

We are all these. Play!

ALL THINGS INTEGRAL & the ART of INTEGRAL UNDERSTANDING are ONLY to be found within.

It is the responsibility of each and everyone of us 6.5 billion on earth today to seek that understanding

and in so doing switch into the ALL INCLUSIVE global mind-set of the NEW collective.

of HOMO SAPIENS to the next stage of the consciousness of ONE.

Yes! We are “on the same page”, as they say. Your blog is one of the highlights of my Zaadz experience, Michael.

Thank you for your recent comment on my blog. Seems we are doing our best to explain the unexplainable: Artistic Author(it)y

Incidentally, I looked up “explain” in my handy “Word Origins” book. “Explain” is to “flatten out and make plain”. What that feels like to me is trying to
reduce multiple feeds of 'live', sensory and spherical information into
a two-dimensional, dead, gray pancake. Not very tasty ;-)

but what if the art or artist was channeled? click here for more context :)

The ONLY channeling here - is which ONE the movie is broadcast on ! - but even Luis Antonio Gasparetto's perspective must be acknowledged - if we are to Transcend & INCLUDE

THANKS to THE hyperlinker for this ART of THE MISSING PEACE

Thank you Michael for sharing your wisdom and friendship.

Hi Michael,
what a beautiful blog!

As a singer, I interpret music from other composers. .. when I release into the ” I AM what I AM as an extension of the KOSMOS” it is then, when the music flows in the most beautiful way and when the character of the piece can come out… and hopefully being able to
display, what the composer wanted.

You are right, there is something way beyond our human existence interpreting art… and
therefore.. I took it my responsibility to have a deep integral
cleaning inside myself, in order to give my best and let the music flow
through me… that's also why the spiritual work.

Which Opera is Puccini referring to in your citation? I sing a lot Puccini.. Tosca
& La Boheme are two of my most favorite operas (In terms of the
vocal parts).

Which Opera INDEED … but why not ALL of his operas ?

It is truly an extraordinary time to be alive. We are witnessing the emergence of something historic: the rise of integral consciousness. This is our very best shot to create a more peaceful and sustainable world, to awaken from the violent slumber of humanity’s adolescence, and to align ourselves with the future of evolution in this backward corner of the Milky Way. We know that we are only barely scratching the surface in terms of the contributions integral consciousness has to make to the world—but as the integral movement continues to gain momentum around the world, we can’t help but to feel a little more optimistic than we did even just a few years ago.

Acting to Ease Others’ Suffering

right in front of me, and you might think, “Isn’t that compassion for

others?” But really, it’s compassion for myself in another form.

Imagine the pain you feel when you see someone else suffering —

the suffering you feel is real suffering, just as the other person is

suffering. Yet, most people don’t actually ease that suffering in

So, how do you ease that suffering in yourself

when you see someone else suffering?

You reach out, empathize, make a connection, and look for a way

to reduce the other person’s suffering, and your own. If the other

person opens up, that’s great. If not, that’s OK, because you’ve

them suffer. That’s a powerful thing.

And so your ease your own suffering, and it’s a selfish sort of

compassion. But that’s the only kind there is. 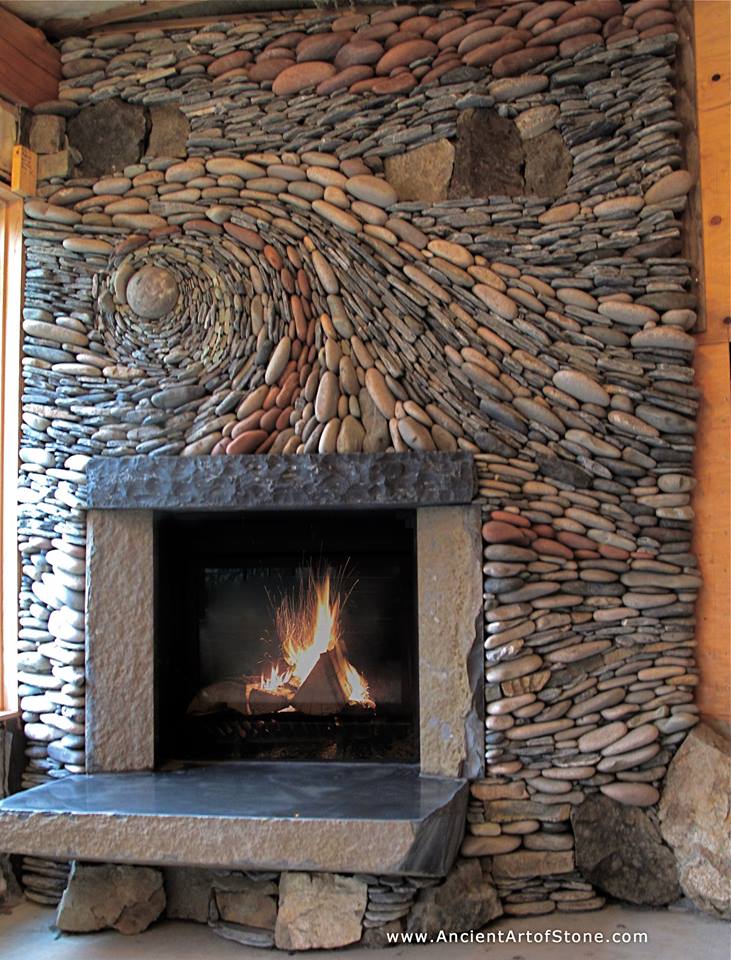 Epiphany - We were asked to create a unique Natural stone fireplace for a bedroom on a mountaintop... this is what we did.
www.AncientArtofStone.com

“Make visible what, without you, might perhaps never have been seen.“ ~ Robert Bresson

ART is your particular telling of reality. When we talked about
letting go of preconceived ideas and drawing what you actually
see, Bernhard compared it to a night out with one of his friends.
While Bernhard might just recount that night by saying, “We went
out and had some food and went home”, his friend might have
noticed a lot of interesting details that Bernhard didn’t, and tell a story with those details in a way that’s hopefully both interesting, sometimes "moving" and occasionally hilarious.
.
Same experience, different interpretation, different details.

which later became known as Chenjiagou.”

Located in the centre of Henan河南 province in Central China, Chenjiagou

陈家沟 is not an obvious tourist destination. It is an unremarkable rural

village like many others in China. Yet it draws thousands of visitors

throughout the year, as this village is acknowledged to be the

birthplace of Taijiquan. Often referred to simply as the “Taiji Village”,

Chenjiagou is surrounded by the four large cities of Xinxiang新乡 on

the east, Zhengzhou郑州 on the south, Luoyang洛阳 on the west

and Jiaozuo焦作 on the north. It is acknowledged as one of the most

significant martial arts locations in China, alongside the Shaolin Temple

Taijiquan, one of the major branches of Chinese Martial Arts, have

been “practiced here for generations and continues to this day.”