THE LANDSCAPE OF DESIGN TODAY From DESIGNERS SATURDAY to DESIGN as A MASS OCCUPATION ?

Review: The Language of Things by Deyan Sudjic

Since every single thing we use has been designed, what is a

Deyan Sudjic, the director of the Design Museum is, it seems, close to

being fed up with things. 'In my own life,' he confesses early on in this

brilliant but inconclusive essay, 'I have to acknowledge that I have been

fascinated by the glossy sheen of consumption, while at the same time

nauseous with self-disgust at the volume of what we all consume.'

at Heathrow for a 7am flight to Düsseldorf; this was the fifth portable

computer that had worked its wiles on him in eight years. Such

relationships, he laments - with a portable typewriter, for example, or a

sturdy Nikon camera - used to be for life.

kind: designer things. Sudjic traces the cult of the designer back at least to

the 18th-century furniture of Thomas Chippendale. The novelty was in the

famous - and the people who made it.

"In the six weeks since it reopened in a new home, London’s

Design Museum has welcomed more visitors than it used to get

in a whole year. Its director, Deyan Sudjic, explains why he thinks

... and in so doing for me, provides yet another wonderful example

for me personally, of the concept of everything being connected to

everything else, in the context of my father's involvement with the

original building of the Commonwealth Institute, which NOW houses 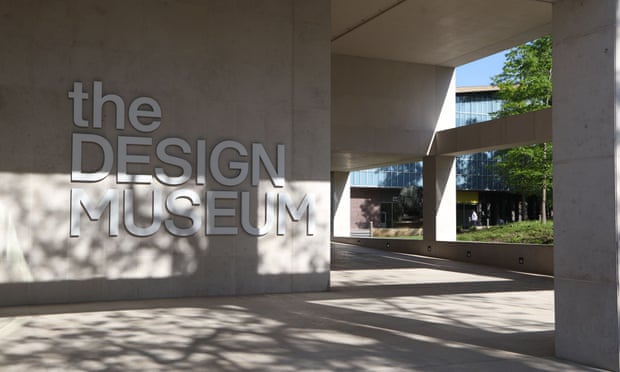 The Design Museum has been named European museum of the year, the seventh British winner in the 41-year history of the prize.

The London museum was crowned winner at a weekend ceremony in Warsaw, with judges praising it as “inspiring” and “socially aware”. It rewards years of significant upheaval for the museum, founded three decades ago by Sir Terence Conran.

In 2016 it moved west from its beautiful but too small premises near Tower Bridge, in what used to be a banana-ripening warehouse, to the former Commonwealth Institute in Kensington.

The move gave it three times more space and came with an ambition to do “what Tate Modern did for contemporary art, for design”. Alice Black, the museum’s co-director, said being named European museum of the year was a remarkable achievement, which celebrated its “common European future”.

Collectively Communing with Consciousness [IT] SELF

The Design Museum is an unusual building, in that it has been recently newsworthy without being a tower block. Is Sudjic fond of the modern London skyline?

“London is the nearest thing in Europe to Shanghai, the way the skyline has been utterly transformed, in a very heedless, mindless way. It seems very curious that all the things that we took for granted as a terrible idea 25 years ago – like building skyscrapers in the middle of London – are suddenly seen as entirely normal,” he says.

“I think there are some buildings that do a lot of damage. No one, even its architect, seems to like the Walkie Talkie. There are areas around Battersea Power Station that, when they’re completed – the reaction’s going to be shock.” Housing crises - “So I would probably look into curating an urban development corporation to build another Milton Keynes. You could find land that is not in the green belt, and build another proper, contemporary city”