Just how sustainable can all of this be ? 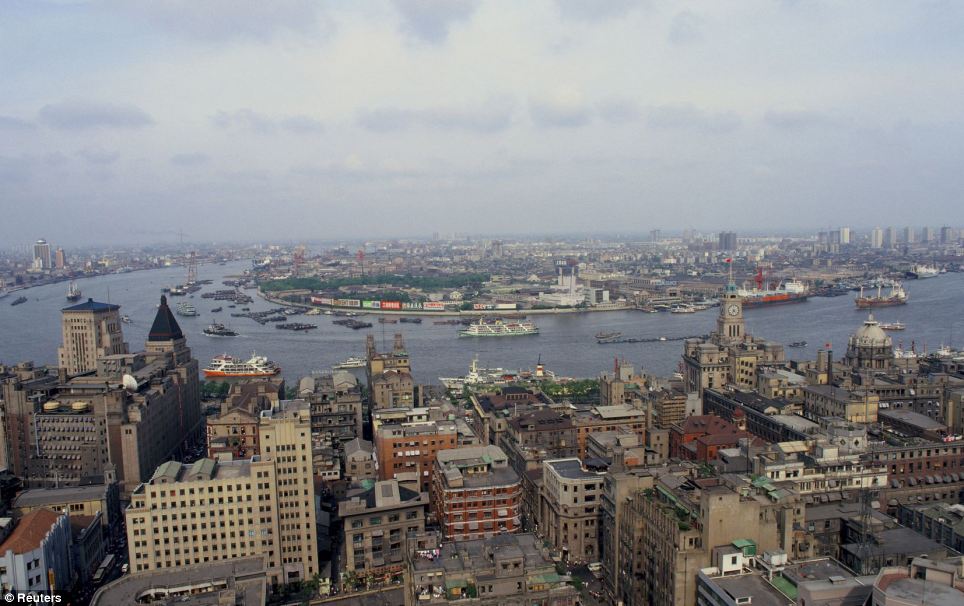 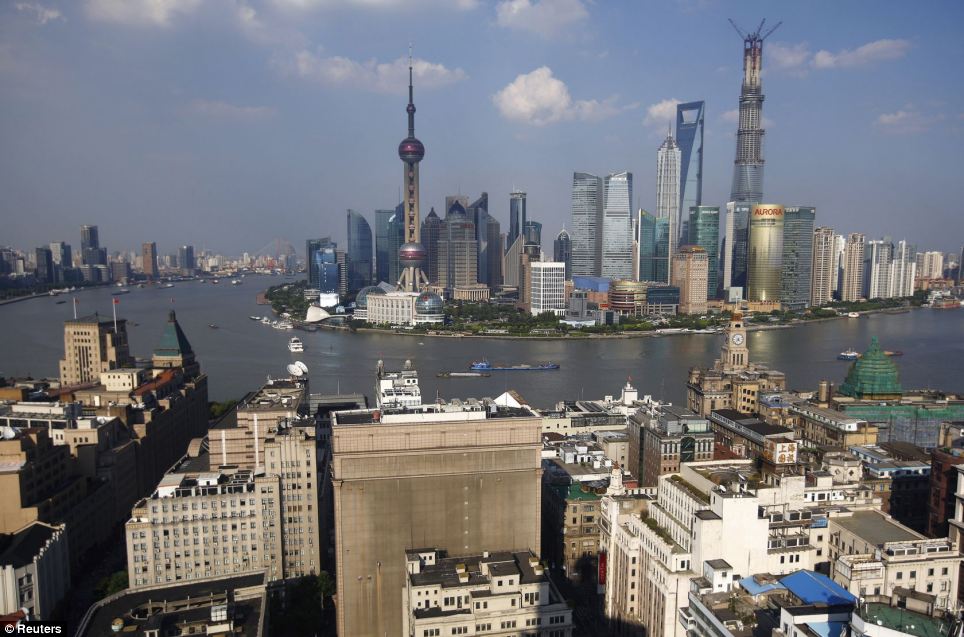 IN the context of Luo Chun's article earlier in the

year, as well as the "floating pigs incident " and the

fact that there are stability and ecology issues to be

addressed in regard to the river, from which the 23m

to seriously pose the question -

What ABOUT Shanghai's - future ?

As far as before and after shots, go, it's a spectacular transformation.

From an area of farmland to a forest of skyscrapers, Shanghai's

financial district Pudong has developed at a staggering pace in the

And to prove it, two shots of the city taken 26 years apart document

the explosion of construction of skyscrapers that now dominate

The first image shows Pudong, the area to the east of Huangpu river

in 1987. With patches of greenery, its farming roots are still visible,

but it is dotted with low-rise factories and offices.

According to the Telegraph, the second photograph was taken last

week. It shows a district of sleek, high-rise skyscrapers, each one

more impressive and futuristic than its neighbour.

Plans to develop the area into a 'Special Economic Zone' were

launched by the Communist Party in Beijing in 1990 and the

Now the crowded commercial hub of China and the country's first

building- Shanghai tower- which was completed on Saturday.

The staggering 2,073ft tall Shanghai Tower looms high above the

dozens of skyscrapers which make up China's financial capital.

Tower and Shanghai World Financial Center. And if this wasn't

testament enough to the city's position as a world financial leader,

a Chinese consortium has already expressed a desire to build the

If construction of the planned 220-storey 'Sky City', in Changsa, the

provicincial capital of Hunan, takes place, it would dwarf the current

Shanghai Tower has the world's fastest lifts, with the Mitsubishi-

specifically for the tower.

'Shanghai Tower represents a new way of defining and creating

cities. By incorporating best practices in sustainability and high-

performance design, by weaving the building into the urban fabric

of Shanghai and drawing community life into the building, Shanghai

Tower redefines the role of tall buildings in contemporary cities and

raises the bar for the next generation of super-highrises.'

BUT having considered ALL of this in respect of sustainability -

experts have come to the conclusion that future cities could be

the only way of providing sustainable living environments - as long

that architecture acting as a tool of inspiration - is alive and well.

the shadows of their larger wind-farm-sized counterparts. The power output has been too low

than most homeowners can deal with.

efficient at converting wind into energy. The company states that the Liam F1 turbine could

generate 1,500 kWh of energy per year at wind speeds of 5m/s, enough to cover half of an

average household's energy use. When used in combination with rooftop solar panels, a house

could run off grid. "When there is wind you use the energy produced by the wind turbine; when

the sun is shining you use the solar cells to produce the energy," The Archimedes CEO Richard