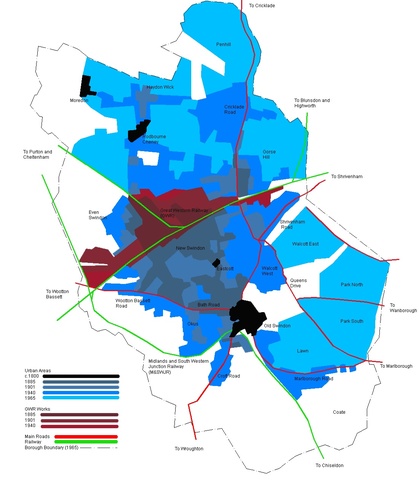 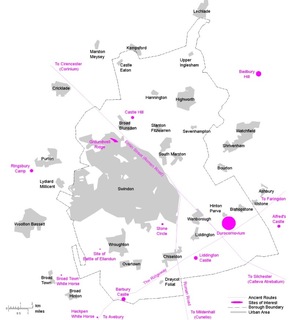 Swindon rockets to the top of fashion designer Wayne Hemingway's

'Crap Housing Estates' league table - and our family for one as

well as any other family living in Swindon would possibly not

frankly none of his business - and where does he live anyway !!??

To which James responded - Congratulation Mr Hemmingway for jumping on the band wagon. Is this the kind of inovation and free thinking that we are to expect from all of Britain's fashion designers. I hear a lot of moaning and few clever sound bites but not a hint of what to do about it. Sounds like the final gasps of a washed up shirt maker trying to grasp some free publicity. New line of socks coming out? If you don't like, then don't come here because to be honest we don't want you. It takes more than buildings to give a town its character.

It's "the arse of the world" according to Mark Haddon's best seller;

to comedian Eddie Izzard it's a "knackered, kind of Fresno Town"…

BUT, surprisingly enough, it is also the town on which the European

the BBC chooses never to transmit news of  Swindon, directly to any

of the more than 200,000 or more Swindon television licence payers,

and chooses only to do so to surrounding television regions.

Swindon bashing, it seems, has become a bit of a national pastime.

AS can be seen from an appraisal of the two maps above, Swindon has sat

at the heart of the history of this land we call England, since pre-historic

and the Roman town called Durocornovium. With the recall of the legions

to ROME in the 5th century, the Roman settlements around Swindon

declined rapidly. Although Germanic settlers may have been present earlier,

brought Swindon under their control after the Battle of Beranburgh,

reportedly at Barbary Castle in 556.

between Ceolred, King of Mercia, and Ine, King of Wessex, and that the

area was still in dispute in 825 as demonstrated by the Battle of Ellandun.

Recorded in the Domesday Book as both Suindone and Suindune in 1086,

the settlement was assessed at 12¾ hides and divided into 5 holdings. The

largest holding under the ownership of Odin the Chamberlain, which was

of Nethercott, was owned by Odo, Bishop of Bayeux, Earl of Kent, and the

half-brother of King William the Conqueror. Other holdings recorded in

the Domesday Book are: Ulward, West Swindon (2 hides) and Alvred of

Marlborough, 1½ hides. Smaller estates at Walcot, Even Swindon and

The 19th century saw the beginnings of Swindon's growth, firstly through

of Isambard Kingdom Brunel deciding to build his railway works in

Swindon that Swindon became the place that it is today. The railway works

transformed Swindon from a small market town into a railway town,

boosted the population considerably and provided medical and educational

facilities that had been sorely lacking. They were built in the same year as

engines to the world, and particularly the Empire, and the reason why so

many families in Swindon today have connections with India - long before

the partitioning of the British Indian Empire - and ever since.
.
.
.