THE COSMIC 'SYMPHONY' of EVERYTHING 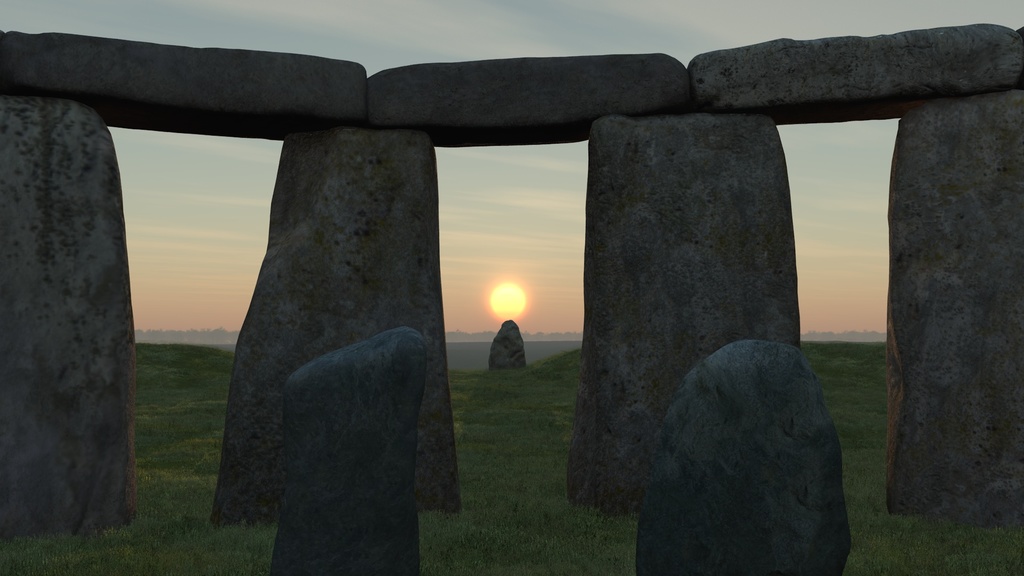 The collective unconscious is common to all -

it is the foundation of what the ancients called

the "sympathy of all things ".

At this time of year, generally known as 'flaming' June, we in Britain in

recent years, have experienced almost completely the opposite. As the

on our global weather patterns, however, we appear set in Britain to

which our ancient ancestors did during the 1500 year period, which saw

the establishment of Stonehenge.

In the context of those interconnected global weather patterns, which

have been once and for all revealed to us, through the production and

of Ancient Mysteries, which is being shown on the H2 Channel, has

proposed that the ancient shamanic Britons may have been amongst the

moon and to build an astronomical observation site, in wood and stone, at

Stonehenge, based primarily on the extremes of the cycles of the moon

relative to the earth, with the cycles of the sun an adjunct thereto.

As such it is assumed and proposed... (there are as many versions

of history, archeological and otherwise, as there are historians and

archeologists) -  that these shamanic Britons may have been the very

first Scientific Astronomers, to create an observatory to predict the future

movements of the sun and moon, of such complexity, to no doubt aid their

AN observation site, in fact, which could be used to intimately interconnect

themselves, in sympathy  with the BIRTH - DEATH - REBIRTH cycles of ...

THE cosmic 'SYMPHONY' of EVERYTHING