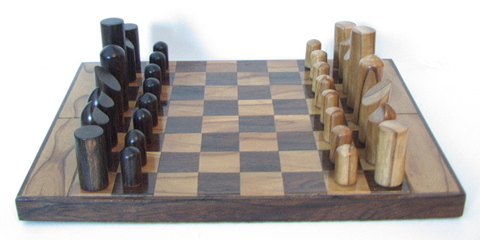 "To me, I confess that [countries] are pieces on a chessboard,
upon which is being played out a game for the domination
of the world."
Lord Curzon, Viceroy of India, 1898

Following the dissipation of the "Grand optimism of Empire divided by class & wealth"
and over two centuries of imperial rule driven by discovery & progression - as a direct result of prejudice & oppression - Viscount Lord Louis Mountbatten, the last British Governor-General of India, announced - on 3 June 1947 - the partitioning of the
British Indian Empire into a secular India and a Muslim Pakistan.
At midnight, on 15 August 1947, India became an independent nation.

Mark Leonard has said elsewhere that -

"Europe's big idea - multilateralism - has little following in modern India.
This is partly because India's colonial past has led to a suspician of international involvement in the internal affairs of other countries.

.
.
India sees itself as the biggest loser of the Yalta settlement which granted permanent seats on the UN Security Council to China, France, Russia, the UK and the US. India's failure to get a permanent veto-wielding seat at the Security Council will continue to grate, and contribute to a sense that the world order is organised against it
... moreover, Delhi, unlike the US - or the EU for that matter - shows no desire to spread democracy around the world, using its experience of colonialism as an explanation for its reluctance to engage in any kind of "civilsing misssion".

This has left India free to develop friendly relationships with dubious regimes, advancing its economic interests in the process ... will make it a swing state rather than a pole in its own right ... and will increasingly have the casting vote on important decisions, BUT will not shape the emerging world order " -
.
.
UNTIL such time as they can get their own house in order !!!???

"Turning more particularly to Islam and the West, it must be emphasized that whether we are Muslims, Jews, Christians, or even secularists, whether we live in the Islamic world or the West, we are in need of meaning in our lives, of ethical norms to guide our actions, of a vision that would allow us to live at peace with each other and with the rest of God’s creation. It is in the achievement of this task that both the formal aspect and the inner message of Islam as well as those of other religions can come to our aid as can nothing else in this world. Of special importance is the inner message, for this message is none other than the universal truth that was placed by God in the hearts of all human beings and that stands at the center of all heavenly revelations."

- albeit between perspectives of a different interpretation.

… and INDIA, of all the supposed democracies, has the timerity,

maybe timocracy  to send a warning to the Dalai Lama …

Sir Mark Tully, the respected and long-standing India-based BBC journalist and author, has recently stated that …

There are some really major problems standing in the way of India becoming a superpower, and as yet the country shows no sign of being able to overcome those problems. I don’t want to be overly pessimistic, but every time India tries to do anything there is some sort of public protest and everything is delayed. The main stumbling block to change is that of vested interests and political bureaucracy. There are many different ways to become a politician in India. You can buy your way in, you can fight your way in - there’s a lot of violence in Indian politics - or you can use the family entry ticket. There’s a lot of sons and daughters of former politicians who are active now.

The bureaucrats and politicians have basically got together and decided to milk the country.

What would Aurobindo have made of this ?

One must indeed now ask -

What does India want from Britain?

Set out below IS THE MOST poignant response to that question -

Finally, don't be so sensitive, the main question that in reality has already shown itself since 2008 is simply that the current global business model does not work. As China is finding out, the idea of "ever greater growth" is unsustainable. Economically the thinking today is about the same as the thinking of the Generals on all sides on the outbreak of WWI with their expectations of massed cavalry charges.

The World is in motion and unlike China, India has yet to make any meaningful and

sustained efforts to include their rural poor in their economy, that could prove costly

in the medium term.

IN the context of the BBC 4 documentary which examines the question “Did Jesus Die?” 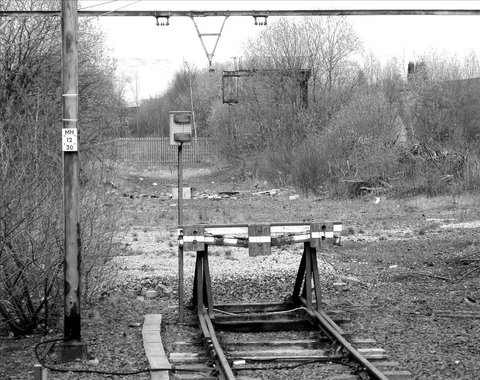 When Wall Street Journal and Forbes

published articles, a few years ago,

predicting the demise of Indian IT,

I responded in BusinessWeek that

they were dead wrong. I said that the

outsourcing market had a long way

to go before it peaked; rising salaries

and attrition rates were not a cause

for long-term concern; and Indian IT

would soon become a $100 billion

industry. I was, of course, right.

Now I am ready to declare the end

of the line for Indian IT. There are

could revitalize this industry. BUT from what I’ve seen, Indian executives seem incapable of

steering their ships in the right directions.

It is not that Indian outsourcers have become less capable of servicing Western needs. It is that

their customer base - the CIO and IT department - is in decline. With the advent of tablets,

apps, and cloud computing, users have direct access to better technology than their IT

departments can provide them. They can download cheap, elegant, and powerful apps on their

customisable and can be built by anyone with basic programming skills.

It takes decades to update legacy computer systems, and corporate IT departments move at the

speed of molasses. So, Indian outsourcers have a few more years before they suffer a

that have brought them this far.

The second in our Planet Local-India series, the following article is adapted from a

Morning Talk by Sonam Angchuk, founder of the Students’ Educational and Cultural

Movement of Ladakh (SECMOL). It was delivered by Angchuk to students from different

parts of Ladakh who participated in a Winter Camp this past December. Angchuk will be

participating in our upcoming Economics of Happiness conference in Bangalore, India.

If the aim of human society is happiness, freedom, and prosperity, there are indeed

many alternative ways to achieve this without endangering the earth and ourselves, and

without leaving behind half or more of humanity. THIS applies to INDIA as to any other

country, though the specifics of the alternatives will vary greatly depending on ecological,

Localisation, a trend diametrically opposed to globalisation, is based on the belief that

those living closest to the resource to be managed (the forest, the sea, the coast, the farm,

the urban facility…), would have the greatest stake and often the best knowledge, to manage

it. Of course this is not always the case and in India many communities have lost the ability

because of two centuries of government policies, which have effectively crippled their own

institutional structures, customary rules, and other capacities. Nevertheless a move towards

localisation of essential production, consumption, and trade, and of health, education, and

other services, is eminently possible if communities are sensitively assisted by civil society

organizations and the government.