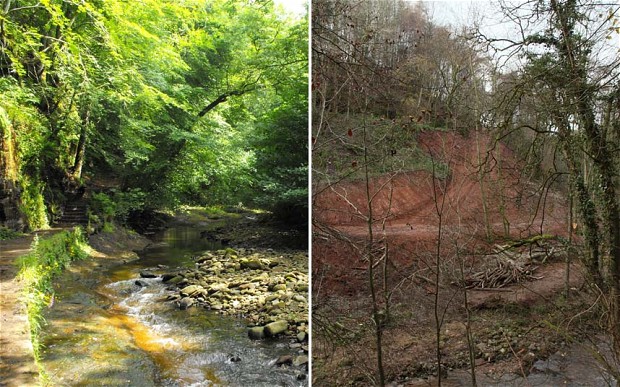 IS the root of ALL EVIL

A tycoon who turned an ancient woodland into a wasteland has

been ordered to pay almost £1million. Philip Day, who is said to be

as wealthy as the Queen, allowed workmen to decimate the beauty

spot so a vehicle track could be built to his pheasant shoot.

A huge swathe was cut through picturesque Gelt Woods in Cumbria,

flattening trees, churning up soil and  disturbing wildlife. Before the

illegal felling, the area was sheltered by birch and oak trees. Mosses

and liverworts grew on sandstone outcrops and birds such as pied

But by the time Mr Day’s workmen had finished, the landscape –

England, was built in 122 AD on the orders of the Roman emperor 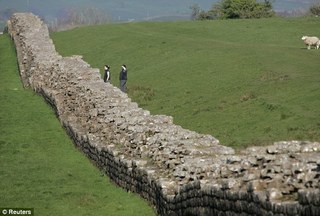 It took eight years to build

the 73 mile-long wall from

the Solway Firth to Wallsend

on the Tyne. It is believed to

have provided a barrier

between Roman Britain and

Scotland and is thought to

have been where the army

could determine who was

It remained in use until the early fifth century when, with the empire

collapsing & the city of Rome itself under threat, the Roman

legions left British shores. It is the largest monument from the

ancient era in northern Europe and is a Unesco World Heritage

Mr. Day had previously angered townsfolk when he told a parish

council meeting that, while 6,500 young pheasants had been

released into the wood ready for shooting, 12,000 would be more

appropriate for an area of that size. He also said -

don’t want to. We own the woods, we can please ourselves"

As a previous long time "custodian" of ancient woodland in

calls for them to be banned, with the Office for National Statistics

saying that 250,000 British workers were employed in this way at

the end of last year by a range of firms, including Sports Direct,

Amazon and even Buckingham Palace" - is quite frankly completely

unacceptable in a society which purports to be all-inclusive.

ago when - THE former director of the Serious Fraud Office accused

business bosses of concealing the extent of fraud  within and

against their companies and that five months after leaving her post,

Wright said many financial institutions were too frightened to report

fraud and that many firms feared damage to their reputations -

the fact that bosses at the Serious Fraud Office, itself, used secret

Public sector workers used to earn less than their private sector counterparties because their pensions were better. Now they receive better salaries, better pensions, better working conditions and it seems better payouts and all the while I am being asked to pay more and more tax to pay for it. Enough is enough now.