OUR SPECIES PROPENSITY AS A ... 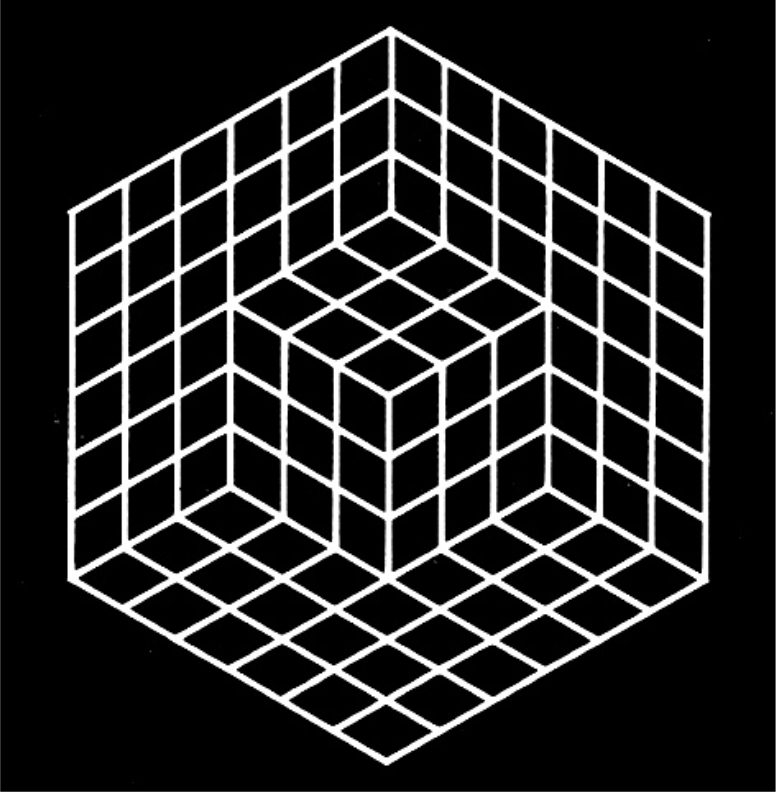 result of the COGNITIVE PSYCHOLOGY of VISUAL PERCEPTION

a black background, and the ability to 'SWITCH' between the box

provides the mechanism, as a result of both 'dreaming' and

'imagination', which lies at the core of the INTEGRAL ART of artists

such as Victor Vasarely and Bridget Riley, that in[TIME] became

Take a moment, however, to focus on that 'freespace ' and imagine

a much expanded view of the missing 7th cube - which could

provide the basis of the 'imagination' required  to establish an

entirety of our species, that truly measured up to ALL our 'dreams'

of and for the creation of a global empathic civilisation.

Perception is a kind of improvised dance with the world,

a dynamic interaction between my sensing body and the

sensuous landscape. Simply to be gazing the blue sky, or

watching those storm clouds approach, IS already to BE in

relationship, to be participating in an active exchange between

my body and those roiling clouds.

David Abram during an interview with Derrick Jensen  entitled ...

at that time, identified more with the "brown-stone" buildings of New York and

by George Orwell. Later in life when questioned as to my thoughts on

retorted that, by use of the ‘ideal system', "one would be able to jump off

the white cliffs of Dover and walk away after the experience, without a

scratch, but being a completely different person as a result of the

They all replied, as do some today, that I was in need of a frontal lobotomy.

SO, that much expanded view of the missing 7th cube, lets call

it the Bucky Supernovae view, would require a 9 fold expansion,

the 6 faces of the cube would provide the Vasarely foundational

template of a RE[peating] NATURAL TIME cycle, of the natural

[sides] of each of every one of the six 2 dimensional faces. The

CRITICAL PATH template of action, for a continuation of the

WORLD GAME, would thus be established. 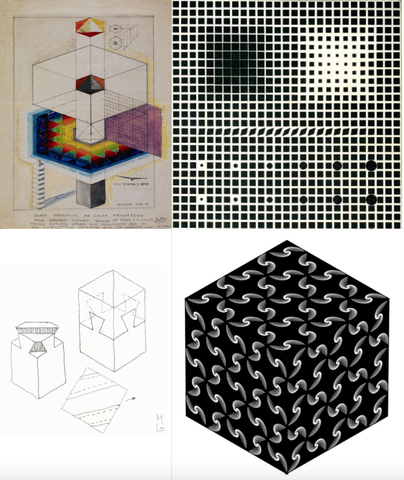 Psychologists typically make a distinction between sensation and

by the detection of environmental stimuli, whereas perception refers to

the set of processes whereby we make sense of these sensations.

Perception enables us to literally navigate through the world, avoiding

has received the most attention from researchers, and then speech.