of my original concept for THE WORLD GAME - which I had previously proposed as a “great logistics game ” and “world peace game ”... that I should visually represent it [in 4D] with my triangular tri-angle foot-print design proposal, for an 8,000-foot Tokyo Tower, positioned at TRUE North, atop my 4D spherical facsimile of Spaceship Earth - as a very synergistically symbolic refle[XX XX]ion of my most favourite lighthouse, whose beam of light rotates at 8 revolutions per minute. The Earth's material resources, like those of a spaceship, are finite. Early humans did not understand this, because the Earth seemed like a boundless flat surface. A flat surface, which until the present Dalai Lama's epiphany, had constituted the basis of the "Guide to be a Dalai Lama 101" for a thousand years or more. We now know that the Earth is a sphere, and this fact should inform all of our decisions. Our knowledge of the spherical shape of the Earth is central to our understanding of ecology. This knowledge which probably originated in prehistoric times, was certainly known to the Ancient Greeks, but was then suppressed for centuries by organised religion because it was incompatible with the official story of a Heaven above and a Hell below. There has been an evolution of religious ideas from those of the Egyptian pyramid-builders, whose ambition was to deliver a single individual, the pharaoh, into the afterlife, to the modern belief that everybody has a right to enjoy life on Earth.

As Carol Manta of the Vision Alignment Project has recently proposed in "The Intenders of the Highest Good" ...  We envision together a healed atmosphere and Earth where all people of all races, including those who are identified as indigenous, are ONE in spirit and in practice. We see all ranges of grass and tundras lovingly cared for as envisioned ages ago by the Keepers of the Harmony of Earth. WE envision together as ONE, our children seeing no difference among the natives of any lands, and instead learn from each other the harmonisation of all vibrations of Earthly treasures. In giving this thought, we manifest together [T.E.A.M Together Everyone Achieves More] the gestation of the healthy Earth of tomorrow. 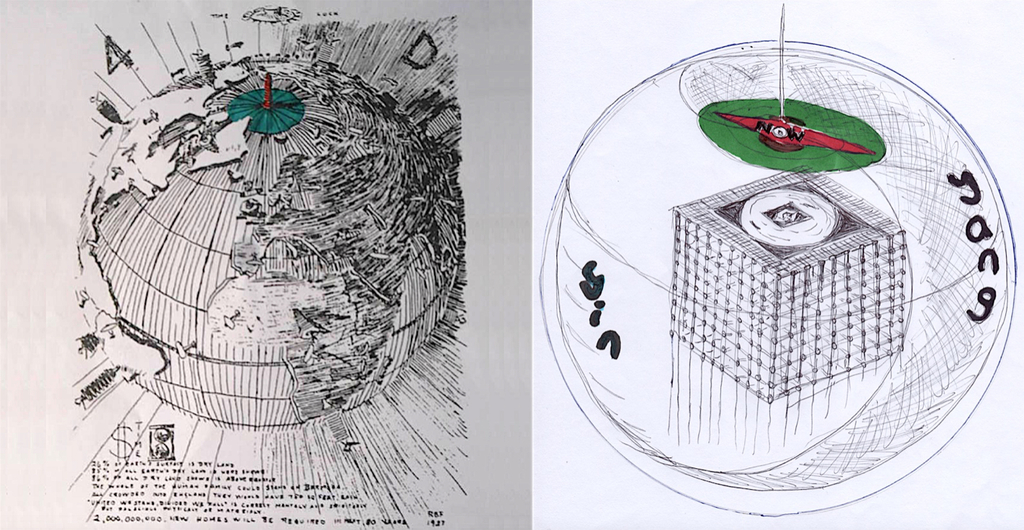 As the tallest television tower on earth today, the equilateral footprint design of the latest Tokyo SKYTREE, follows my own advice to my Japanese patron, Matsutaro Shoriki, that the square footprint design of the Eiffel Tower, would not be stable enough to support a tower of the height suggested in his original brief, given the budgetable limit for the project was $300 million. It is therefore, interesting to reflect on the fact that the SKYTREE has adopted my conclusion and neatly rounded the tower from the equi-triangular base to a circular cross-section at an elevation of 108 x 10 feet. 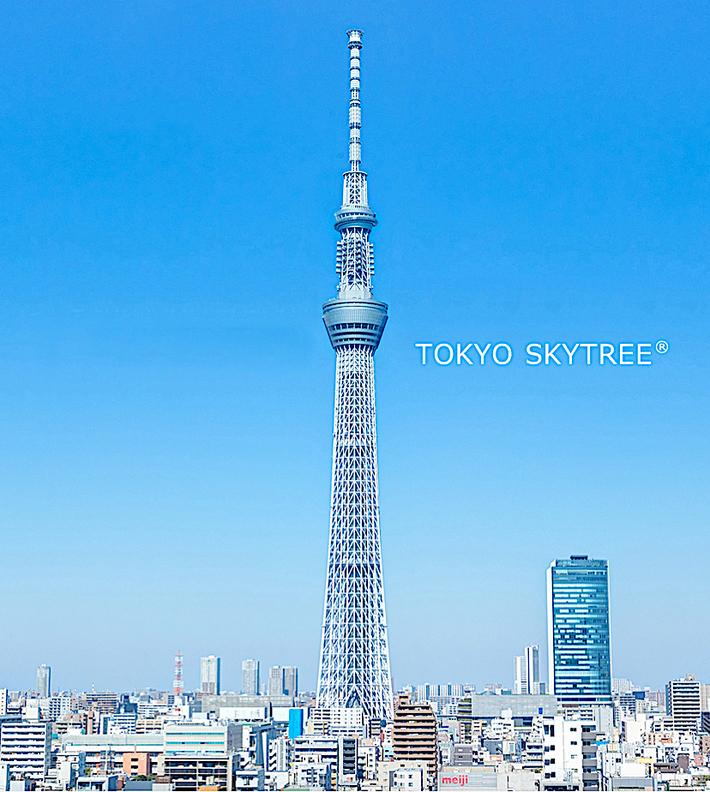 imagine NOW, if you will, that the SKYTREE tower design which I have appended to this latest version of my 4D World Game sphere  of earth - a spherical collective representation of ALL the passengers of Spaceship Earth as ONE taiji sphere of yin and yang - has a door on each of the three sides of the base of the tower.     One door for direct access to  the Freespace 4D LIBRARY of           "Lost and Found Knowledge",     by way of the bridge of love.

Another providing the assistance of interpretation and guidance from any one or more of 24 ART T.E.A.M.s, each team comprised of a minimum of two female and two male passengers, as an arrangement of their individual spheres in the shape of a Fibonacci Triangular Pyramid, whose infinitely expandable people footprint, connects with my Dymaxion Map; en-route via the spiral staircase and the game-board to the 4D Library; and finally the last Victor Vasarely 'door', with its spirally interlocking yin and yang taijitu • 'spiralogic' handle, directly to The World Game itself. I have also appended to my version of the SKYTREE tower, a beam of light rotating at 8 revolutions per minute, at the 1512 [108x10]+[4x108] foot level.

The game-board is supported on an organic, square-shaped, EVER GROWING TOWER with an outer casing, constructed of ALL the ever growing numbers of partnership members' individual spheres of Freespace 4D™, around a central core of E-VOLVING RINGLING LIBRARY SPACE, based on the use of the very latest virtual reality IDEA SIMULATIONS of my original concept for O-volving shelves and storage walls. I am confidant that the 24 ART T.E.A.M.s will already have had some of their own ideas in this respect and I am anxious to see and hear of, their suggestions.


You may all be wondering what significance the empty square shaped vessel, has in relation to this IDEA of mine, simply put just ask yourself "What IS the shape of water?" - water takes the shape of the vessel, whatever that may be, and in this respect the 'GEM of Gregory's IDEA", has transmogrified into the bonsai'd alder tree of life, whose roots' survival depends on water alone.

ALL of this shall be IN PLACE, [in 4D] for the 500 year anniversary, in 2017, of Martin Luther's stand against The Church of ROME. Architect, mathematician, engineer, inventor, visionary humanist, educator, inspirational orator, and bestselling author, R. Buckminster Fuller has been rightly called "the 20th-century Leonardo da Vinci." Written by a fellow inventor who worked with Fuller for more than three decades, BuckyWorks is an inspiring celebration of the man, his ideas, his inventions -and his legacy for our future. Featuring over 200 photographs and drawings, plus dozens of fascinating excerpts from Fuller's lectures and conversations with the author, this book offers a breathtaking inside look at one of the truly great minds of our time.

J. BALDWIN is an inventor and teacher who worked under, with, and for R. Buckminster Fuller for more than three decades. He served as an editor of the Whole Earth Catalog and the Whole Earth Review for 25 years.

Our knowledge of the spherical shape of the Earth is central to our understanding of ecology (p. 34). This knowledge probably originated in prehistoric times, was certainly known to the Ancient Greeks, but was then suppressed for centuries by organised religion because it was incompatible with the official story of a Heaven above and a Hell below (p. 43). There has been an evolution of religious ideas from those of the Egyptian pyramid-builders, whose ambition was to deliver a single individual, the pharaoh, into the afterlife, to the modern belief that everybody has a right to enjoy life on Earth (p. 51).

Mr. Fuller has always made himself easy to dismiss by wandering off the deep end of optimism, but a reading of Critical Path shows that the author, like Karl Marx, arrived at his vision of the ideal only after a serious attempt to understand the evolution of human affairs. 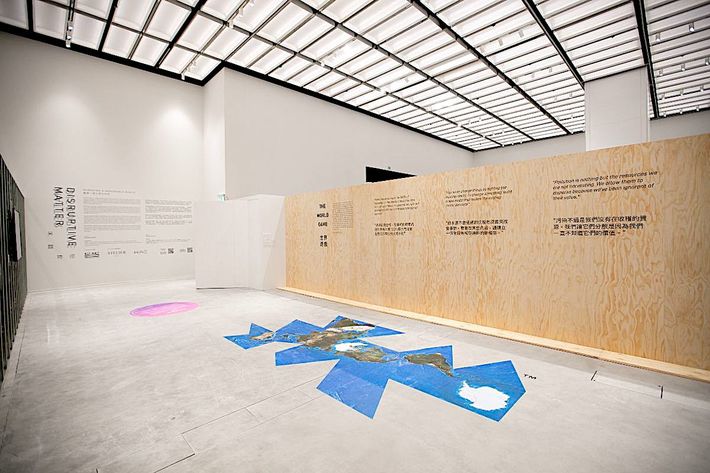 Disruptive Matter at the Hong Kong K11 ATELIER Museum, will run from January 16 - February 17, 2020, and explore and celebrate current groundbreaking transformations emerging globally in our shift towards a renewable, post-fossil world. The exhibition brings together a wide range of projects, products, artworks and ideas from the areas of design, engineering, art and industry from pioneers truly pushing the boundaries in their fields. Features include an exhibition on World Game and the Dymaxion Map.  What is presented is a visionary future not just of possibility and speculation, but of actual actions and real, workable solutions. In so doing, the exhibition ultimately serves as a platform for the public to rethink the state of the world around us, and how contemporary artists and designers can inspire and provide solutions to a more sustainable way of living.