FROM THE REALLY BIG PICTURE PERSPECTIVE 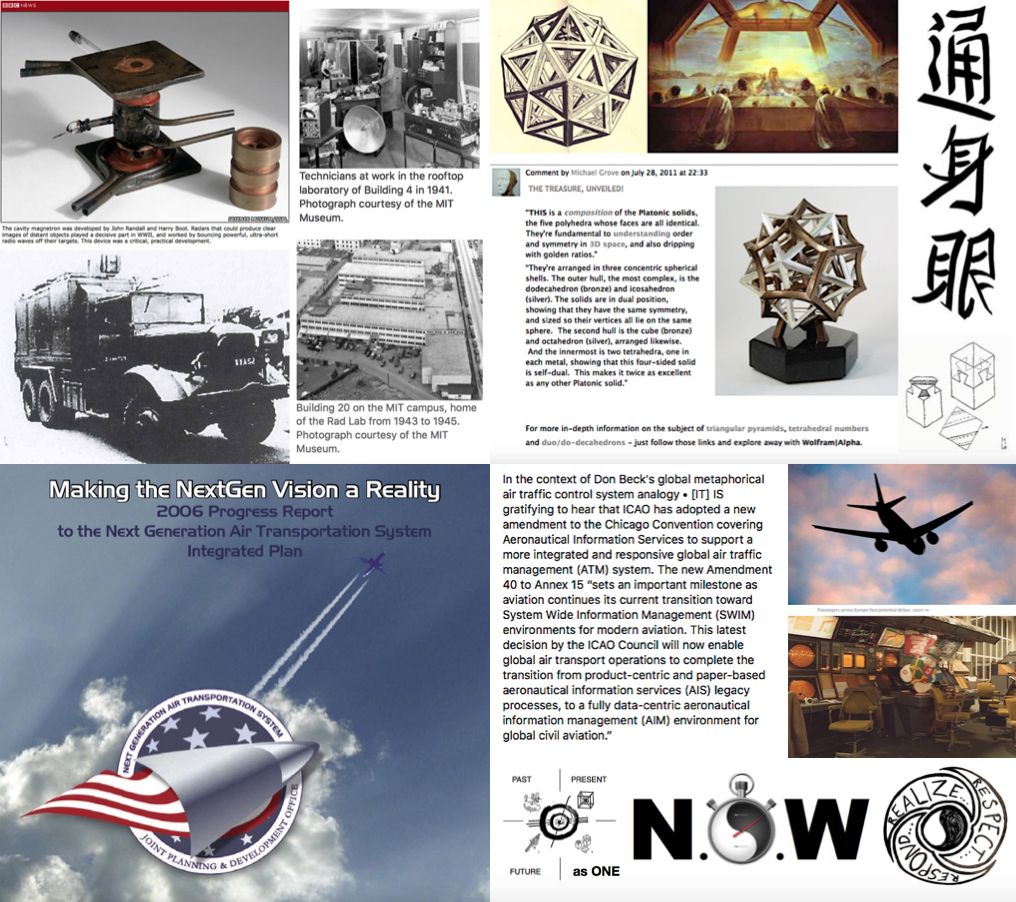 our multiverse of parallel universes, the situation in that respect, here on

Spaceship Earth today, could have been a Japanese-Nazi controlled global

by John Randall and Harry Boot. So in the context of my own concern and

established understanding of the situation in the Middle East, as a result

UK airspace, it is no wonder that while Dr. Beck was searching for someone

like Elza Maalouf to help him bring Spiral Dynamics to the Middle East, after

the events of 9/11, that many in the consciousness and human development

communities turned to him for answers. They wanted him to duplicate what

he had done in South Africa in this troubled part of the world.

experience of EUROCONTROL in Brussels and Luxembourg, as well as the

Maastricht UAC Eurocontrol Operation in the context of Don Beck's own

being based on a metaphorical air traffic control system; which in the light

of the consequential manifestation of widespread recent events, pertaining to

have been won... if it were not for the radar chain" radar sites, in view of the fact that not one of those attacked so

far has been put out of action."

1930s • the predecessor of what became known as radio detection

an air defence system conceptually similar  to the one modern

air forces still use today. [IT] meant the pilots no longer had to patrol

the skies hoping to spot the enemy with their own eyes, but could

instead stay on ground alert until [IT] was tactically favourable to

take off. The chain of radar stations along the coast (CHAIN HOME)

Unmanned weapons have been in development of course, since the First World War and the Hewitt-Sperry Atomatic Airplane. 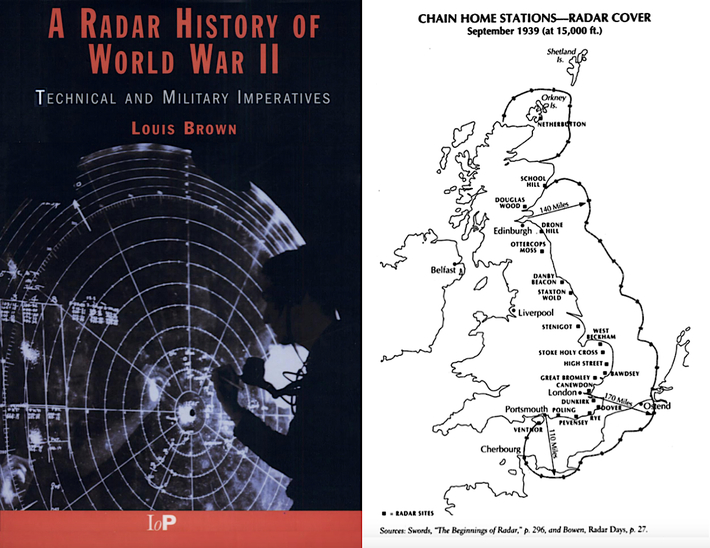 It is now more than eighty years since radar began in Britain.

In the intervening years, airborne radar has become one of the

most important branches of civilian and military radar.

recounts his personal story of how the first airborne radars were

built and brought into use in the Royal Air Force, and of the

Tizard mission to the USA in 1940, of which he was a member.

the laboratory bench, the story begins with the building of the

first ground air-warning radar at Orfordness in June 1935. The

book proceeds to describe how this equipment was miniaturized

to make it suitable for use in aircraft and the lengthy, sometimes

with the RAF. The author also details the activities of the Tizard

mission, which was instrumental in installing the first airborne

radars in US aircraft. The greatest achievement of the mission

only a few months after its invention at Birmingham University.

This was the device that brought about a revolution in Allied

radar, putting it far ahead of the corresponding German

technology for the remainder of the war.