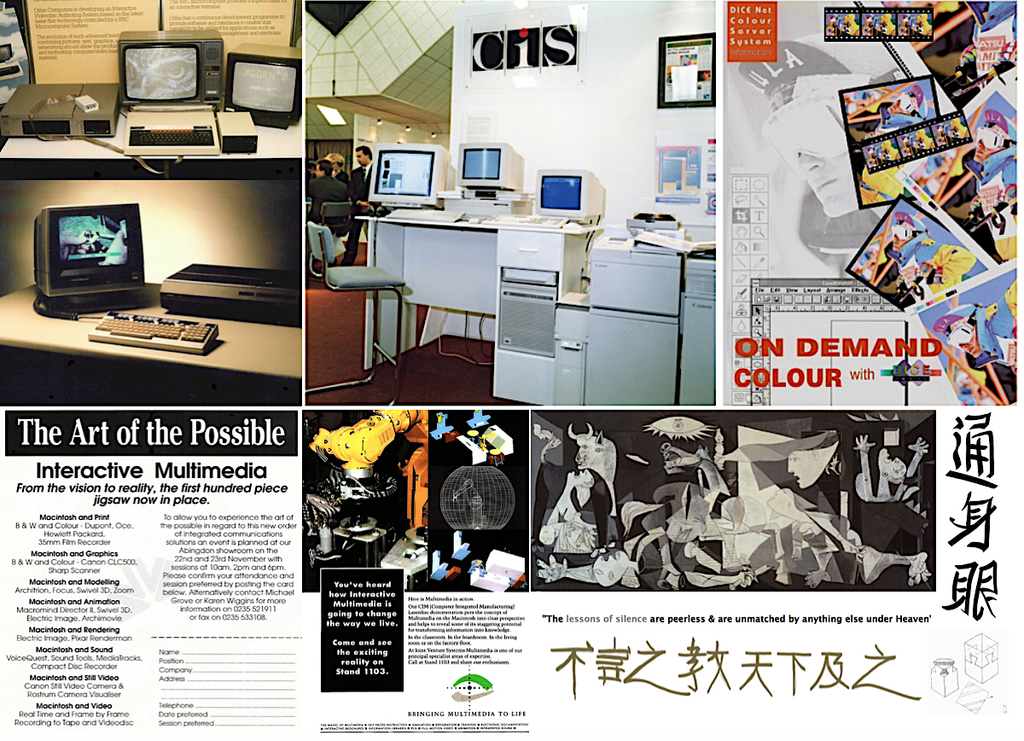 launch of Apple’s 128K Macintosh on a small stand adjacent to ours.

Three years later, to the month, Steve Jobs launched the concept of

the Apple LaserWriter, which was the first desktop printer to

graphics, such that the same file created on a Macintosh computer

phototypesetter at 2,540 dpi, which was commercial quality.

discuss the potential of the Virtual [RE]ality of Interactive Multimedia

Communications, based on the technological platform of the Apple

in colour with their own SMALLTALK-like ‘MEMEX’ product called

Hypercard in 1987, that I was able to advise Apple that they should

consider promoting Hypercard at the same cost of the Macintosh II

and give the computer away for free!!!  As much as the Apple

Macintosh served its 'dutiful role' in the advent of Interactive

Multimedia, it was not until Tim Berners Lee utilised one of Jobs

NEXT servers, front ended with an Apple Macintosh, using

Hypercard's HYPERTALK, to create • http • and the • www • that

the Apple Macintosh World was really set on fire, so to speak.

The rest as they say has nOw [BE]come part and parcel of history. THE REAL beauty of the Apple Macintosh however was manifested

insistence on the creation of a set of Human Interface Guidelines,

and their subsequent 'WYSIWYG' utilisation to the present day in

every product that Apple has since created, including it's very first

monochrome Desktop Publishing Printer, based as it was on

networked [CLC] Printing Technology.  All of which I packaged

into a bespoke system for Oxford University Press, which was

utilised to digitise their hand-drawn and painted artwork collection

which had been accrued since the Press had been established.