GRACE puts Bristol in the lead .... 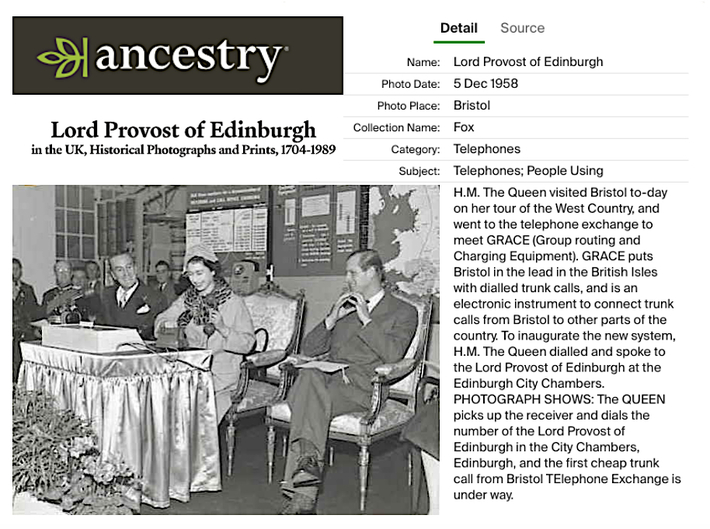 Group switching centres formed a component of the trunk mechanisation hierarchy that was commenced in 1939. The concept of group switching centres became important with the introduction of subscriber trunk dialling (STD) in 1958, initially from Bristol central telephone exchange. They were typically located towards the centre of their corresponding group area, usually in a large town or city, and serviced a group of local and dependent telephone exchanges within their home and adjacent group areas. From 1 January 1958, the British network was divided into 639 charging groups. These areas provided the basis for tariff calculations for telephone calls. My soul-mate Linnie’s father Ronald Arthur Yardley, who built his
own Colour Television Receiver • in a kitchen cupboard under the
stairs of their semi-detached house in Borehamwood • well in advance
of the first TEST COLOUR TRANSMISSIONS from the BBC • had himself
been offered a job at Goonhilly Down, by GPO Telecommunications,
well before researchers started to investigate packet switching • a
technology that sends a message in portions to its destination
asynchronously without passing it through a centralised mainframe •
but having travelled there by train from where the family were living in
Kentish Town, North London, he was unable to find somewhere for the
family to live locally, and so could not take up the position that he had
been offered. Thankfully not long after, the doctor who was attending
Linnie’s brother Terry, who suffered terribly during the days of the
smog in London, arranged for the family to move to their new home in
Borehamwood. When I started training as an Air Traffic Controller,
cutting my teeth so to speak, on the study of IBM 64K core-store
mainframe systems analysis, as well as all things technologically
related to primary and secondary radar systems, you can just imagine
the conversations that I had with Ron, and not long after I had asked
him for his daughter’s hand in marriage, that a telecommunications
network protocol emerged which constituted the beginnings of the
ARPANET, which by 1981 had grown to 213 nodes. ARPANET
eventually merged with other networks to form the INTERNET
and while Internet development was a focus of the Internet Engineering
Task Force (IETF) who published a series of Request for Comment
documents, other networking advancement occurred in industrial
laboratories, such as the local area network (LAN) developments of
Ethernet (1983) and the Token Ring Protocol of 1984.