died this day 10th April 1955 -
may his soul RIP - as his spirit burgeons onward
.
"To see as Teilhard saw is a challenge, but increasingly his vision is becoming
available to us. I fully expect that in the next millennium Teilhard will be
generally regarded as the fourth major thinker of the Western Christian
tradition. These would be St. Paul, Augustine, Thomas Aquinas, and Teilhard."
Thomas Berry

Wake up and find out who you are
Teilhard's primary book, The Phenomenon of Man, set forth a sweeping account of the unfolding of the cosmos.

This displeased certain officials in the Catholic Curia, who thought that it undermined the doctrine of original sin developed by Saint Augustine. Teilhard's position was opposed by his church superiors, and his work was denied publication during his lifetime by the Roman Holy Office.
.
.

The Phenomenon of Man states that the Omega Point

must possess the following five attributes.

Like Creative Evolution before it Teilhard’s masterwork, The Human Phenomenon,

based its evolutionary speculations on widely accepted scientific knowledge, but it took an unusual turn by remaining strictly rooted in the theological wisdom afforded him by his deep Christian faith. Although his theories regarding the future cosmic evolution of consciousness didn’t win him many converts in the Catholic Church (which officially condemned his writings and prohibited him from publishing anything while alive), he has left a lasting impression on the hearts and minds of numerous evolutionary thinkers who have followed in his wake. In particular, many theorists have found immense value in Teilhard’s focus on the back-and-forth interplay of individuality and collectivity over the course of cosmic history. Teilhard envisioned the possibility that human beings, like molecules and bacteria before them, may one day come together in a higher integration, or “mega-synthesis,” of spiritual unification and collective consciousness—uniting in a kind of “thinking envelope” surrounding the earth. He dubbed this the “noosphere,” a psychic field of shared intelligence that was already beginning to slowly encompass the planet, transcending and including the geosphere (of insentient matter) and the biosphere (of life). And Teilhard foresaw the fulfillment of all evolution, both cosmic and human, in an ultimate convergence of matter and consciousness that he called the “Omega Point”—a concept that has also inspired many futurists and science fiction writers over the last fifty years.

Shortly before his death in 1955, Teilhard made the following reflection on his life and work, proving that despite the intense ideological adversity he encountered, his faith in the ever-ascending evolutionary power of divinity remained unshaken to the end:

When all is said and done, I can see this: I managed to climb to the point where the Universe became apparent to me as a great rising surge, in which all the work that goes into serious inquiry, all the will to create, all the acceptance of suffering, converge ahead into a single dazzling spearhead—now, at the end of my life, I can stand on the peak I have scaled and continue to look ever more closely into the future, and there, with ever more assurance,
see the ascent of God.

You are not big enough to accuse the whole age effectively, but let us say you are in dissent. You are in no position to issue commands, but you can speak words of hope...Be human in this most inhuman of ages;
guard the image of man for it is the image of God.
- Thomas Merton
.

The Evolutionary's Guide to Changing the World.

In his 1955 masterpiece The Phenomenon of Man, French priest and

"Evolution is a light which illuminates all facts, a curve that all lines

must follow." Over the course of the past half century since its

publication, this prophetic statement has turned out to be true, as

evolution has become a defining framework in which we are beginning

to understand virtually everything - from biology and technology to the

interior dimensions of reality like our psychology, cultural worldviews,

Pierre Teilhard de Chardin goes on to propose in Chapter 3: The

Grand Option of his book, which he aptly entitled The Future of

Mankind ... "This being so, let us look at the human species

and SEE IF we can fit it into the scheme. Because we ate a part of it,

our own, and because its grandeur overwhelms us, Mankind, in its

total evolution, escapes our intuitive grasp. But may we not see

in ourselves?  Let us study ourselves in the mirror of other living 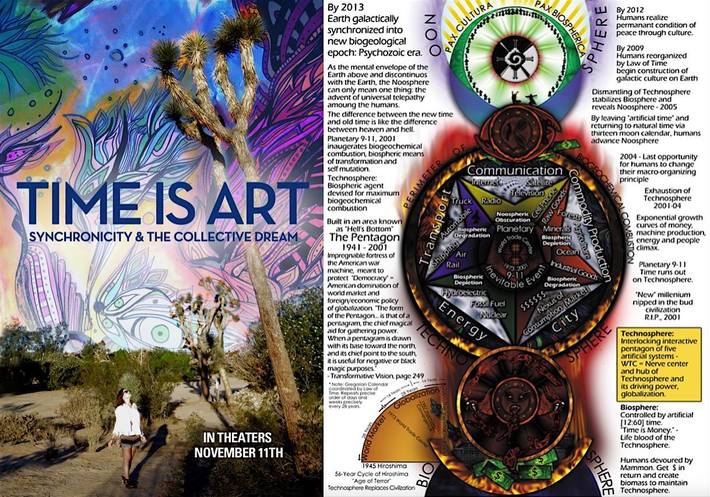 “Just as the biosphere is the unified field of life

and its support systems…so the noosphere

is the unified field of the mind, the psychic

reflection of the biosphere. Because we as a

species, the aggregate of consciousness-bearing

cells of the evolving Earth, are not yet awake to

our role as a planetary organism, so too the

noosphere is not yet fully conscious.

When humanity becomes conscious of itself as

a single organism and unites to activate the

noosphere, we will find the collective resolve

and will to reconstruct the biosphere and divert

the energy of the human race from a path of

destruction based on a mechanised abstraction from

nature to a new harmonic order of super-organic

reality based on an entirely different state

of consciousness than has yet existed on Earth.” 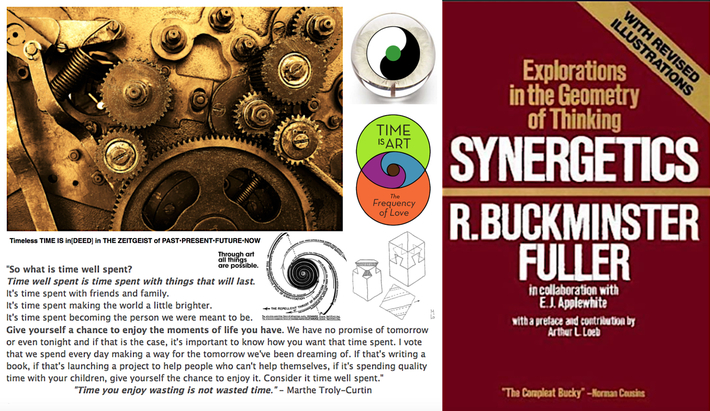 We stand today at the beginning of Teilhard's

third phase of evolution, the moment at which

the world is covered with the incandescent glow

of consciousness. Teilhard characterized this as

The Net, that great collectivizer of minds, is the

primary tool for our emergence into the third

"With cyberspace, we are, in effect, [NOW]