A PLACE for the STORY of TIME ITSELF dot has arisen from the darkness of y[our] cosmos, as if by magic. That magic,

however, would seemingly encompass the IDEA that the entirety of the

potentiality of a multiverse of parallel universes, exists in the Planck TIME of

y[our] mindset of KOSMOS and that HumanKIND IS, at least one manifestation

of the potentiality of AWARENESS becoming AWARE of itself. As the evolution

of y[our] LIFE on Spaceship Earth has arisen in parallel, from the oceans, onto

that landmass above sea-level, which our species has since named Pangea, and

sapiens - the normal ones have sought to communicate as artists, both

individually and collectively ≡ IDEAS with each other, for discussion of past,

present & future as ONE.

Following the tectonic rift event of Pangea, which has now been named the

Mid-Atlantic Ridge, the Americas were split off from that single landmass, such

that its Pacific coastline remains much the same today; a coastline along which

Wari and Inca peoples of modern day South America, whose mindset of past,

present and future as ONE, was so rudely and very devastatingly interrupted by

the disease-carrying conquistadors on horse-back, with legs abreast their

stirrup-equipped saddles, in search of 'THEIR wealth' of Gold and Silver.

Never forgetting of course that along the Atlantic coastline of North America,

closest to the original source of that tectonic rift event, lies the oldest

mountains on Earth today, which homo sapiens, sapiens has named the 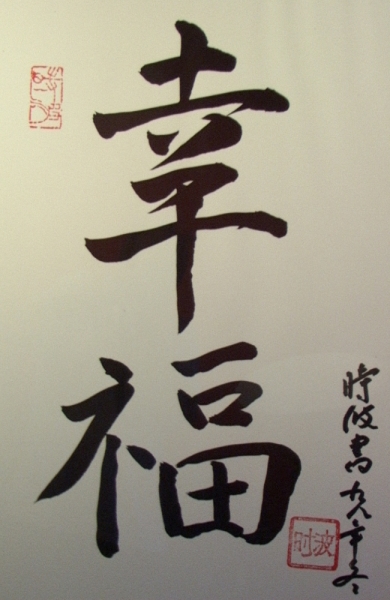 WOW to Eric for this posting and a multitude of WOWs to Eric McLuhan for writing this piece, which provides a very serendipitous 'connessione'   with  [RE]flexions of my own  very left-handed dyslexic JOURNEY of LIFE.

I have well understood, for the last 60 years of my life, that I had been born to the last renaissance of HumanKIND, & that my destiny was to ... 'set the world on fire ', in a moment by moment respect for the application of the very latest manifestations of ...

whilst being ever cognisant of the fact that there are ONLY two rules - the journey begins and the journey continues - leaving tracks only where they can make a difference, passing through life unseen and invisible, yet affecting change everywhere. One of the most visually stunning Inca ruins is at Moray, an archaeological site in Peru approximately 50 km northwest of Cuzco and just west of the village of Maras. In a large bowl-like depression, is constructed a series of concentric terraces that looks like an ancient Greek amphitheater. The largest of these terraces are at the center – they are enormous in size, and descend to a depth of approximately 150 meter, leading to a circular bottom so well drained that it never completely floods, no matter how plentiful the rain.

The concentric terraces are split by multiple staircases that extend upward like spokes of a wheel and enable people to walk from the top to the bottom of the bowl. Six more terraces, in connected ellipses rather than perfect circles, surround the concentric heart of Moray, and eight terraced steps that cover only a fraction of the perimeter overlook the site. The purpose of these depressions is uncertain, but the most widely agreed theory is they used to serve as ‘agricultural research station’.

I AM a great fan of Pink Floyd. THIS particular performance of theirs was ABSOLUTE magic in more ways that one. During the ”traverse of the lower slopes” of my own journey up to the very top of the mountain, the universe had them produce a very rare Active Play Videodisc of the concert, in PAL hi-quality sound and video format, which contained several shots of volcanic lava exploding and traveling over the islands of Hawaii. I used the individual shots on that videodisc with this system to explain and demonstrate the art of the possible to Oxford Universtity Press which led to the production of the Volcano Videodisc and subsequently to the persuasion of Apple Computers of the fact that Interactive Multi-media Communications might be THE next THING to focus on for the future after desk-top publishing.

Along came Tim Berners Lee and the rest is history, so to speak.