THE FIFTH INITIATIVE IS ... 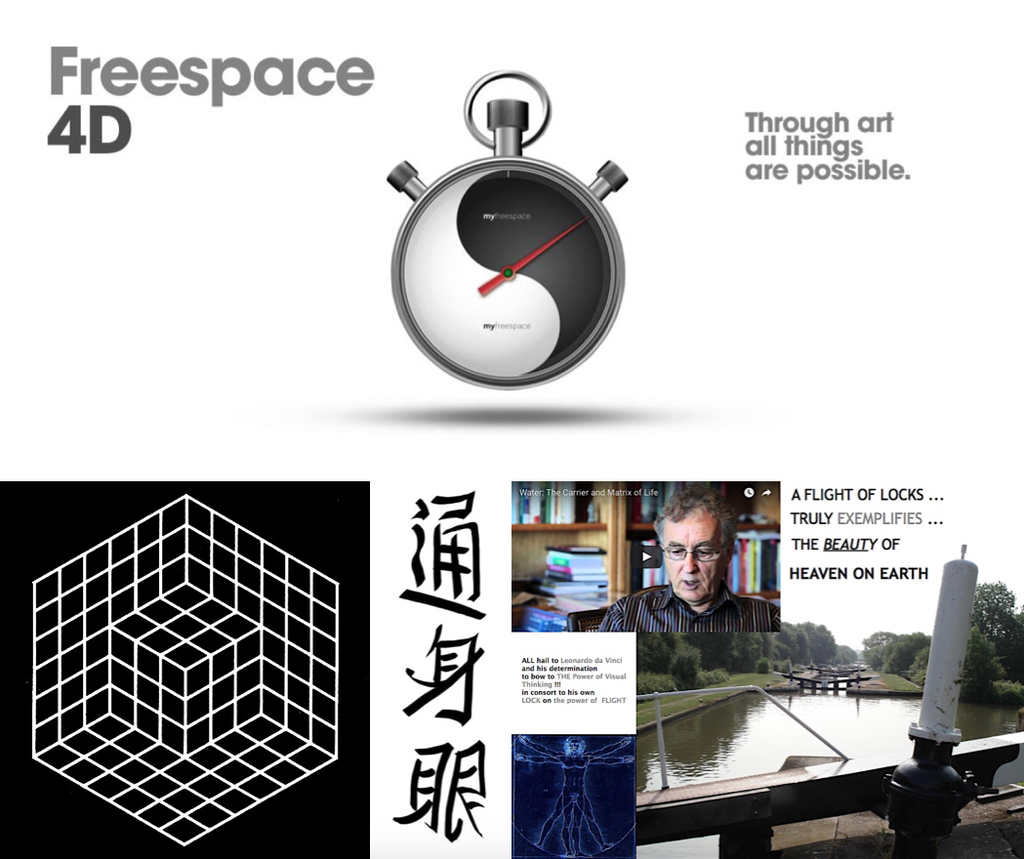 THE ULTIMATE [RE]FLEXION of MY PURPOSE of LIFE

Over the last fifty years or so, of my journey of LIFE - the evolution of

my vision as a child,  has been completely dependent on the 'connessione'

that has taken place between, rapidly changing computer storage technology

From the days of my first experiences of... the 64K IBM Mainframe, around

which I first cut my teeth in the art of computer systems analysis, during

my early training as an Air Traffic Controller; the Trident Flight Simulator

in Hayes, Middlesex; the radar approach and first ever landing of a PAN-AM

747 Jumbojet at Heathrow Airport, as well as the attempted hi-jacking of

an EL-AL jet approaching Clacton, by Leila Khaled and her associate; I have

continued in my quest, as a left-handed dyslexic artist, to make use of

the medium of communication provided by the very best manifestation of

the available technological developments that I could combine together at the

time - ranging from the 64K BBC Microcomputer, using Teletext, to the

the reality of the world, in a manner that y[our] personal involvement in

the simulation of that reality would be no different than the reality itself;

establish a system of mutual respect for each other in concert with a ...

Having first become aware of the development by Philips Eindhoven, of the

storage capability, during my secondment to the EuroControl Maastricht

Upper Airspace Centre [UAC]; and its potential use in combination with the

problem of data-communication between the computer mainframes of

Authority [CAA] on my return to the UK, a report to utilise the idea for the

purposes of the enhancement of the Flow Control of aircraft movements

throughout Europe. It was this germ of an IDEA that then led to my own

development of an Interactive Multimedia Videodisc System, in association

with Acorn, based on the BBC Microcomputer, to support the BBC's

University Press [OUP] and the transfer of their OED to CD-ROM; various

projects for the likes of SYNTEX Pharmaceuticals and Glaxo; the

to introduce the workforce of Jaguar Motors, to the use of robots in the

vehicle manufacturing process; and eventually, with the support of Apple,

Canon, Sony et al ... the presentation of THE ART of THE POSSIBLE.

The SONY CD-Recorder, which was used in the event, was one of a kind

Record Collection. It was thence inevitable that this successful simulation

of THE ART of THE POSSIBLE, would be subsequently transmogrified into

a working model of THE REALITY throughout Europe.

INITIATIVE #3 ≡  FOLLOWING through on an INITIATIVE

ALL of which equates to an IDEA ≡ Freespace 4D™

Comment by Michael Grove on July 2, 2019 at 19:32
At a time when the likes of the 200 seat Boeing 707 and McDonnell Douglas DC 8 were the largest commercial aircraft flying, Pam American Airways first approached Boeing in 1963 with a daring proposition to "design the biggest passenger aircraft the world had ever seen". Aviation law however, required that in the event of an emergency, all the passengers could be evacuated in less than 90 seconds, such that the concept of a full "double-decker" was completely out of the question. It was a setback which changed aviation history for better or for worse. Boeing went back to the drawing board and came up with a "giant twin-aisle cabin, 20 feet wide fitted with 400 seats and speedy access to eleven emergency exits, satisfying aviation law. Boeing pulled out all the stops and presented THE IDEA to PanAm in a specially constructed board-room, to the exact dimensions of the proposed cabin. PamAm were so impressed that they signed off on the twin-aisle design there and then. With a nod to the original brief, Boeing even incorporated a short Upper Deck that seated first-class passengers and just like that an aviation ikon was born.