WHAT THE BLEEP DO WE KNOW • ABOUT THE INTEGRAL SPIRAL DYNAMIC MAGIC OF THE TAO SPIRAL GREENSPOT? 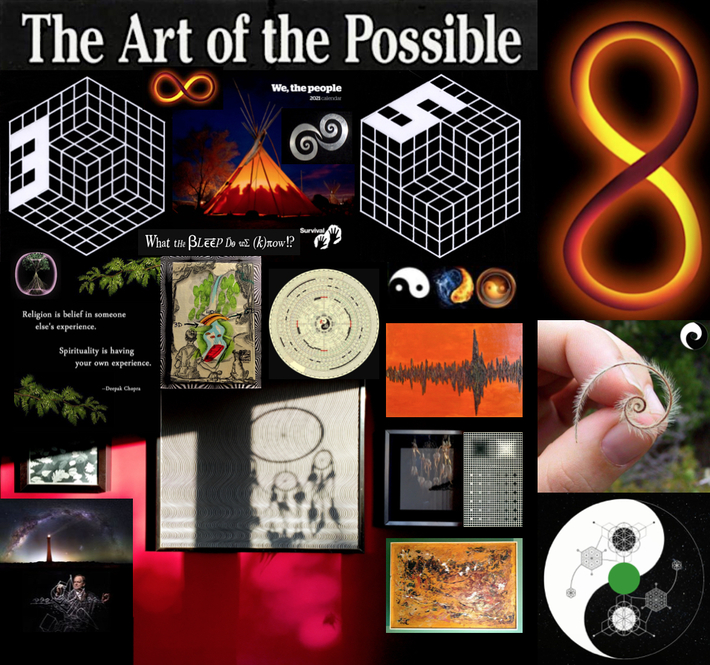 As often seems to happen, wartime energy and post-war euphoria serve as breeding grounds for visionary thinking and bold, new break-throughs in human knowledge. Such was the case with Clare Graves.

Rather than re-hash older psychological constructs or participate in the debates between the conflicting theories of the day, he decided to start afresh by searching for the reasons behind shifting views of human nature.

Clare Graves was one of the first psychologists who understood that we live, act, make decisions, and undergo change through complex systems. His informal drawings and illustrations would be familiar to any serious student of quantum physics, general systems and chaos theory.
His ideas can best be crystalised by this following statement -
“Briefly, what I am proposing is that the psychology of the mature human being is an unfolding, emergent, oscillating, spiraling process, marked by progressive subordination of older, lower-order behavior systems to newer, higher-order systems as man’s existential problems change.”

Jacques Fresco talks here about behaviouralism as the everyday manifestation of the process of  Spiral Dynamics.  Some would say that Fresco is not explicit enough in differentiating between behaviouralism or something like Spiral Dynamics - but what he IS referring to - particularly in the context of the Zeitgeist Movement and Integral Zeitgeist - IS exactly what Clare Graves was trying to communicate in his statement that -
"The psychology of the mature human being is an unfolding, emergent, oscillating, spiralling process marked by progressive subordination of older, lower-order behaviour systems to newer, higher-order systems as man’s existential problems change."
.

FROM THE REALLY BIG PICTURE PERSPECTIVE of EVERYTHING [BE]ing CONNECTED to EVERYTHING ELSE, throughout our multiverse of parallel universes, the situation in that respect, here on Spaceship Earth today, could have been a Japanese-Nazi controlled global hegemony had it nor been for the invention of the 10cm Cavity Magnetron by John Randall and Harry Boot. IS THERE ANY WONDER therefore • in the context of my very own ATC Area Radar Controller experience of the Maastricht UAC Eurocontrol Operation and Don Beck's reference to a Spiral Dynamics Integral [SDi] + MeshWORKS global model being based on a metaphorical air traffic control system; which in the light of the consequential manifestation of widespread recent events, pertaining to Global Air Traffic Management • that I have been so long convinced of the desperate need to formulate a NEW MODEL of the UNITED NATIONS, to avert the Climate Disaster that Colin Mason so succinctly and realistically predicted in his 2030 SPIKE and A SHORT HISTORY of the FUTURE - Surviving the 2030 SPIKE.