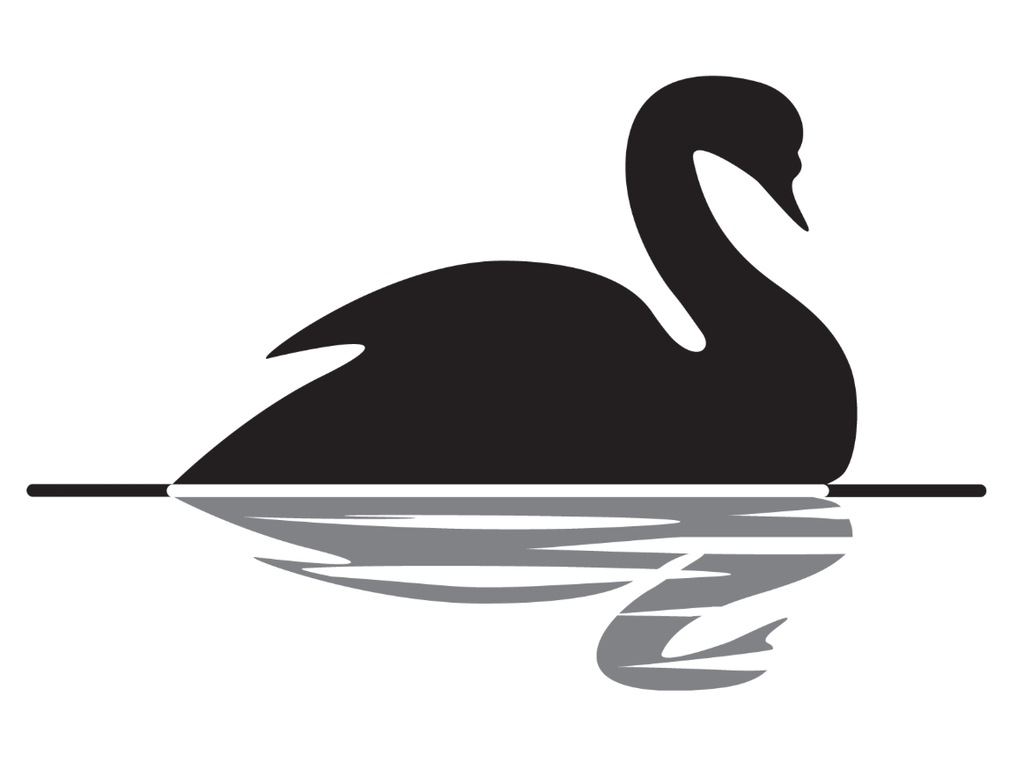 Nassim Taleb's "Black Swans" were engineered by a group of men -

living together in society today, as a result of information asymmetry ?

A black swan is a highly improbable event. There are three characteristics that define a black swan. First, it's unpredictable. Second, it has a massive impact. And third, after it happens everyone comes up with some explanation for it that makes it seem like it actually wasn't random and could have been predicted.

I would suggest that COVID-19 could [BE] seen as just such an event.

"When plunder becomes a way of life for a group of men living together in society - they create for themselves, in the course of time, a legal system     that authorises it and a moral code that glorifies it"  - Frederick Bostiak 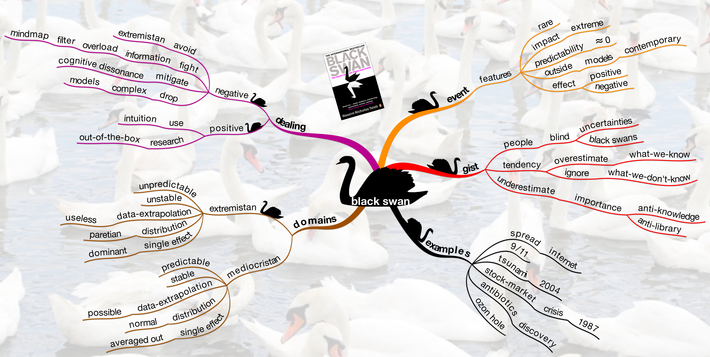 Today, it is the turn of the trio accused of sinking HBOS: Sir James Crosby Lord Stevenson and Andy Hornby. They are up on charges of vanity, arrogance, recklessness – and enough of it to destroy a bank.

Today’s report from the Parliamentary Commission on Banking Standards  is not so much a post-mortem examination as an 88-page j’accuse, one which concludes that all three should be barred from the industry.

Even worse, the report finds the bankers quite unrepentant.

Not so long ago, politicians were infatuated with bankers. Indeed, there is suspiciously little in the report about how Lord Stevenson and Sir James came  by their fancy titles. The answer, of which the Labour members of the commission are all too aware, is that Gordon Brown pretty much governed in coalition with the banks.

His appetite for tax revenue was every bit as great as theirs for profit.

Presumably Mr. Osbourne continues in the same vain as every other

Chancellor before him, for the last several decades - in complete

denial of the need for any understanding of the consequences of

What IF - what if you could turn back the hands of  TIME.

What would you do instead?  Would you learn how to play the piano?

Master a second language? Or maybe you would not do certain things

in your life. The joy of holding your child for the very first time.

A conversation with a loved one who has now died.

What IF - almost everything that you have learned, experienced or been

told about our world has been skewed, misaligned and misunderstood ?

What IF - our ways of perceiving who we are, what the world is, and

how we relate to it are somehow inside-out and back-to-front ?

"everything is energy" reality. THE REAL QUESTION is what causes

energy to form the patterns that it does, and what connects it all

together in the ways that we experience ?

What IF. What if you could turn back the hands of Time. What would you do instead? Would you learn how to play the piano? Master a second language? Or maybe you would not do certain things the second go round. Criticize less. Complain less. Despair less. Or maybe you would use your second chance to relive certain moments in your life. The joy of holding your child for the very first time. A conversation with a loved one who has now died. 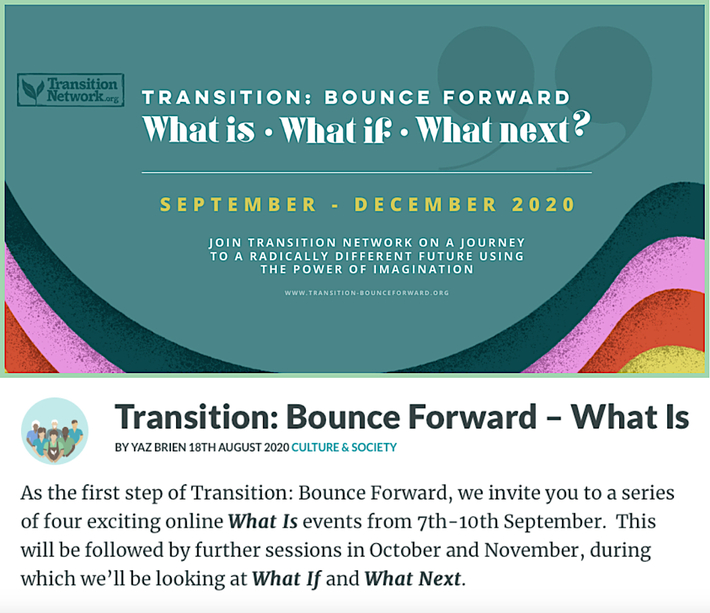 While the Covid-19 pandemic has exacerbated the vulnerability and inequality experienced by many people in our communities, it has also demonstrated the potential for major and swift changes to reframe the purposes of our economy and our society.

In true Transition form our vision is not to ‘bounce back’ to how things were before. Transition groups have been crafting a vision of a better future for over a decade, that speaks to the needs for community resilience and a society with a focus on caring. So instead of bouncing back, we invite you to join with us to bounce forward.

As the first step of Transition: Bounce Forward, join us for a series of four exciting online What Isevents from 7th-10th September.  This will be followed by further sessions in October and November, during which we’ll be looking at What If and What Next.