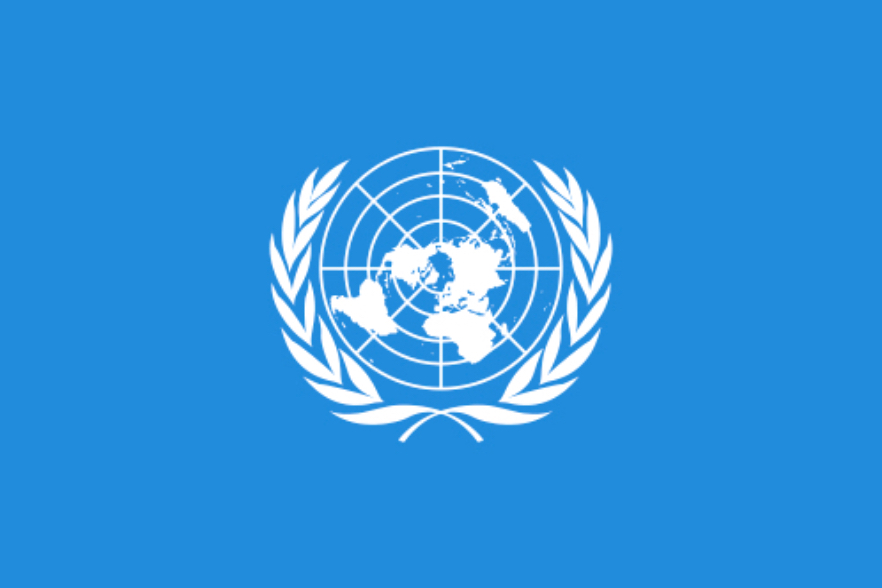 was established October 24th 1945 in parallel to -
and as a replacement for - the League of Nations which was created
by the Treaty of Versailles in 1919 - following the end of the Great War
WE need the United Nations more than ever
The UN was founded after the end of World War II by the victorious Allied Powers in the hope that it would act to intervene in conflicts between nations and thereby avoid war. The organisation's structure still reflects in some ways the circumstances of its founding. The five permanent members of the UN Security Council, each of which has veto power on any UN resolution, are the main victors of World War II or their successor states: People's Republic of China (which replaced the Republic of China), the French Republic, the Russian Federation (which replaced the Union of Soviet Socialist Republics), the United Kingdom, and the United States of America.
Lullaby: The UNICEF Anthem

As of 2007, there are 192 United Nations member states, encompassing almost every recognized independent state. From its headquarters in New York City, the UN and its specialized agencies decide on sunstantive and administrative issues in regular meetings held throughout each year.

The organization is divided into administrative bodies, including the General Assembly, Security Council, Economic and Social Council, Secretariat, Trusteeship Council, and the International Court of Justice (ICJ). Additional bodies deal with the governance of all other UN System agencies, such as the World Health Organization (WHO) and United Nations Children's Fund (UNICEF).

WE need the United Nations more than ever - Ralph Steadman

ALL hail to those committed to Collective INDEPENDENCE of MIND, SPIRIT and ACTION - as Don Beck addresses the United Nations …

BUT can WE be sure that THEY are listening ? - IF NOT then - Let the PEOPLE decide.

OurWorld 2.0 - provides a VISION of TRANSITION for the future sustainable survival of ALL LIFE on y[our] pale blue dot - never forgetting of course that there are always 'self-serving forces' at bay which mitigate the establishment of that transition. No better perspective of these 'self-serving forces', has been created in his mind, than that proffered by Ralph Steadman in his Art Work; and most particularly his own very particular take on the ...

As most of you are already aware Leonardo da Vinci provided an early influence, with regard to my study of Art at Grammar School, which has subsequently been very much enforced by Steadman's...

The recurring theme of humanity in his work also shows up in his passion for other socially relevant causes. In 1994, he illustrated the front and back covers of Amnesty International's Drawing Blood, and in 1998 he did a series of drawings for the Universal Declaration of Human Rights, celebrating its 50th anniversary of passing. They even had him write the introduction, wherein he stated:

"'I have the right to hold an opinion, express it, celebrate it, broadcast it, live by it, and travel with it anywhere I so desire and what's more convince others, by peaceful means, that they should hold that opinion too.'

"That in essence is Article 19 of the Universal Declaration of Human Rights and entombed within it is the right of any artist of any faith, impulse or inclination to express him/herself with unbridled passion and conviction sufficient to bestow upon the world a Pandora's Box of riches or curses we could probably live without."

He continues, "Article 19 is obviously a dangerous one amongst twenty nine other equally important human agreements, but it is probably the one article which keeps well hidden within its carefully unbiased structure the undeniable fact that its content releases the power of the individual to be both artist and maniac. The 1948 United Nations Assembly had unwittingly created a monster, an embarrassing loophole, a well-meaning but desperate humanitarian gesture. In their earnest intention to neutralize any future tyranny in the shadow of the recent Holocaust freedom of communication was paramount."