...TOTALLY RESPONSIBLE for the ACTIONS which indefatigably & indisputably underpin that time given phrase: "Oh what a tangled web we weave, when first we practice to deceive" and THE FEMALE who has to bear the responsibilities for picking up the fallout pieces of those ACTIONS.

"Human rights and the principles of humanity - those values we share across faiths and culture - together represent the highest common vision of humanity. They form a global ethic, already agreed by all states and their peoples throughout the world. Such a global ethic provides a common framework to inspire and shape concerted action."

and as the former Chief Rabbi, Lord Sacks, has so poignantly stated ...

The shenanigans of ALL of those who have been exposed by Tom Bower, add fuel to the fire, so to speak, of the situation that Western Civilisation now faces, which led to the 325,000+ population of Iceland deciding that ...

Or as Albert has so wondrously stated...

'Yes, Machiavelli was buddy of the Borgias. And had lots of insights.   All in all the Renaissance is teaching tough and rough lessons. No sweet Hallelujahs but rather brutal experinces. Even dissecting corpses was under heavy punishment'

and [IT] WAS Michael Strong who so succinctly proposed that:


ALL of WHICH has led to three years plus of MALE DOMINATED PREVARICATION on the part of ALL UK and EU PARTIES involved following the EU LEAVE or STAY REFERENDUM • which was offered to the PEOPLES of the UNITED KINGDOM of Britain and Northern Ireland • without any planning whatsoever considered should there be a MAJORITY VOTE to LEAVE.

THE SECRET of CHANGE [IS] • TO FOCUS all of [Y]OUR

ENERGY, NOT on FIGHTING THE OLD, BUT on BUILDING

THROUGH ART ALL THINGS ARE POSSIBLE in[DEED] ... BUT ALAS and inevitably here we are 35 years later and

the now  Lord Kenneth Baker is still "chewing the fat" with

regard to [AN] Art & Design curriculum lack of focus. My perspective of Jung's views was established in  juxtoposition to

those of  William L. Shirer - the journalist and historian who was

hired by Ed Murrow and with him became the progenitors of

periods, which I see has recently been published in KINDLE FORMAT.

I had a lot of free time because I studied Physics, Maths Pure

& Maths Applied whilst regarding them ALL as one subject and

The Design Centre in London, Rolls Royce Aerospace in Derby

and de Havilland in Hatfield. BY JUST adding THE Information Artistry of 'A'rt - to
S.T.E.M. to produce S.T.E.A.M. - otherwise known as ...
the Solutions T.E.A.M. • [Together Everyone Achieves More] of data - text, photographs, drawings, diagrams, statistics and maps to

encourage students to form opinion through feelings and values as well

look at the future as well as understand the present.

between HOW NATURE WORKS and THE WAY PEOPLE THINK." 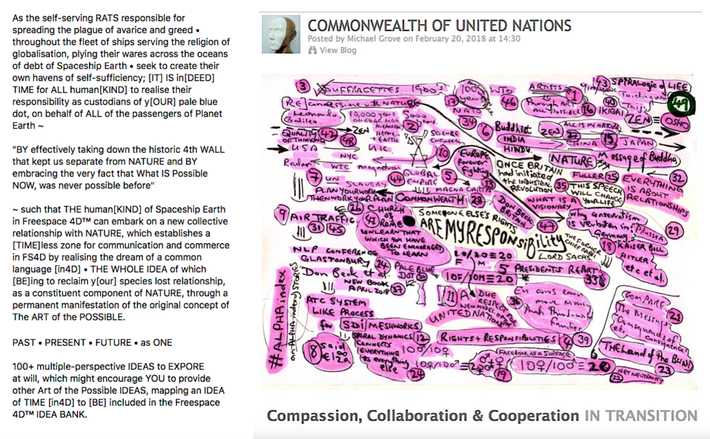 An AlphaINDEX which is a compilation of stories of helpers and

the helped, in recognition of Muriel Rukeyser’s statement that...

“The Universe is made of Stories, not of Atoms,”

to provide a truly intelligent interrelatedness

of knowledge and human experience.