FORCES INSIDE of US are GUIDING US ON 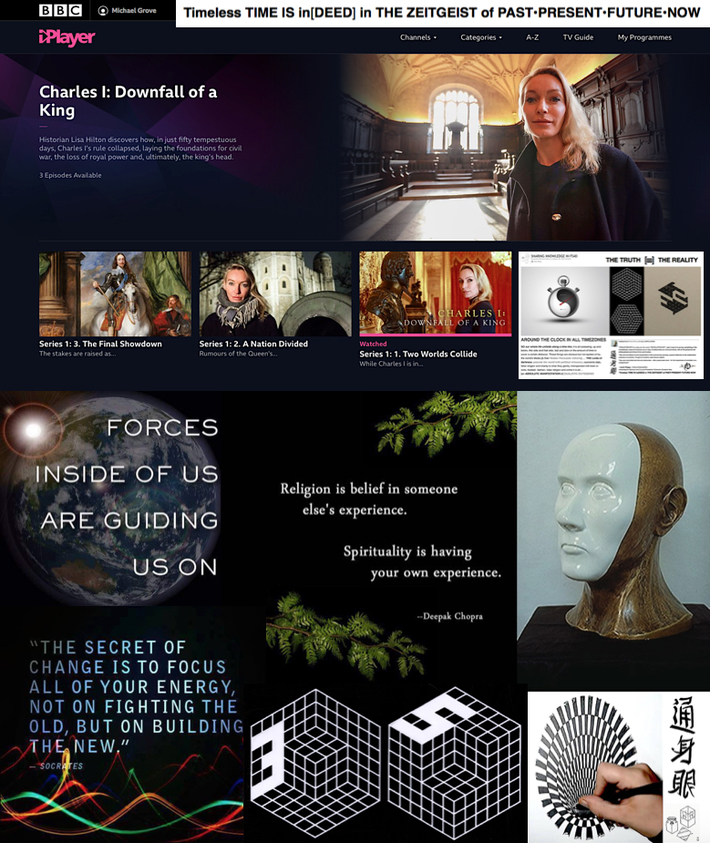 The King’s Proclamation has been sent around the country. Soon over 200 MPs will return to Westminster to aid their King. Charles simply has to run down the clock. John Pym tries to pass parliamentary bills limiting the King’s power. But in the Lords the casting votes are held by the bishops, loyal to Charles. Pym knows that to succeed he must remove them, and they become his next target.

In mid-December, his group goes for a political ambush, demanding that the Grand Remonstrance be published. They launch a surprise vote in the dead of night and win. Now the public will read of the King’s supposed misdemeanours. Making matters worse for the King, rumours spread that the Queen was involved in the Irish rebellion.

The Royal Family now look like they’re in league with Catholic rebels.

Trying to regain control on 22 December, the King puts Colonel Thomas Lunsford in charge of the Tower of London. He is a thug, believed to be ‘fierce enough to eat children’. Soon London goes wild with protests, swarming the Tower. After just a few days, with mobs braying at the palace gates, the King backtracks. This only encourages the rebels, who now see the King as weak and indecisive.

Meanwhile, Charles’ backstop of bishops run in fear of the mobs.  Just two come to the Lords the next day. Charles’s political frontline is broken. The way is open for Pym. In a last-ditch attempt to win Pym round, King Charles offers Pym the top job, Chancellor of the Exchequer. Will Pym be bought off?

The Levellers of the civil war and interregnum were political radicals initially associated with John Lilburne, Richard Overton and William Walwyn. They had no special name for themselves; the term "Leveller" was coined by their enemies to imply that they favoured the abolition of property rights and the equalisation of wealth, which they strenuously denied. The Leveller program included reform of the law, religious toleration and free trade. Their principal constitutional demands were for an extended franchise, for individual rights guaranteed under a written constitution and for a government answerable to the People rather than to King or Parliament.

The "Fifth Monarchy" or "Fifth Kingdom" refers to an interpretation of prophecies in the biblical books of Daniel and Revelation. Four kingdoms or eras in history (interpreted as the Babylonian, Persian, Greek and Roman empires) would be followed by the Fifth Kingdom, which signified the Millennium, the thousand-year reign of Christ on Earth. The Millennium would last from Christ's second coming until the day of judgment.

Millenarian beliefs became increasingly prevalent throughout the civil wars of the 1640s. While many believed that the second coming would be a spiritual revelation, the Fifth Monarchists expected a physical return in which Jesus would reign as king. It would be preceded by the establishment of a godly government on earth (the "Rule of the Saints"). For the Saints to prevail, the old order should be overthrown, by violence if necessary. Fifth Monarchists regarded the civil wars and the beheading of King Charles I in 1649 as a vital prelude to the Millennium.

Never forgetting of course that [IT] was during the [TIME] of establishing the existence of the 13 Colonies in North America, that John Pym and the People of Britain stood up to King Charles the first as a result of a revolution in mindset, on all counts against the elitist ruling class, which resulted in the Civil War between the so-called Roundheads and their Cavalier opponents.

During the riots and disturbances in London in December 1641, Lunsford was appointed lieutenant of the Tower of London, but the appointment was so unpopular that he was replaced four days later. However, the King knighted him and appointed him commander of an unofficial royal guard at the Palace of Whitehall. Lunsford's men twice dispersed rioting apprentices and citizens at sword-point, and in January 1642 they guarded the King during his unfortunate attempt to arrest the Five Members in the House of Commons. Parliament ordered Lunsford's arrest after he joined Lord Digby in an attempt to seize the county magazine at Kingston-on-Thames in the King's name. Released from prison in June, he joined King Charles at York and was present at the siege of Hull in July 1642.

Can ME•WE dare to believe that • with regard to ALL of this and the particularly divisive treatment meted out by John Lilburn to the self-styled FREE-BORN ENGLISHMEN, otherwise known as the apprentices • that history IS about to be [RE]peated as a result of Boris Johnson's commitment for the state to recognise that apprenticeships are as important as degrees !!!???

... and HERE ME/WE are several centuries later [BE]ing guided by necessity to literally  establishing an appropriate mechanism of survival for ALL the Peoples of ALL the NATIONS of Spaceship Earth.