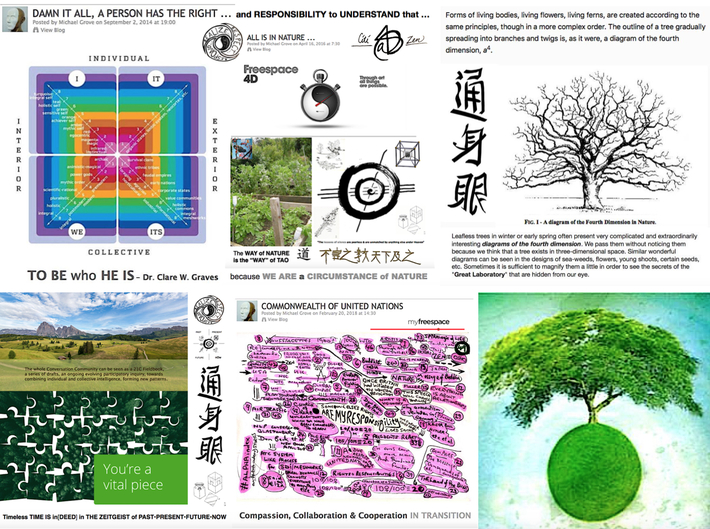 [IT] was at the bequest of Dr. Vannevar Bush as the scientific advisor to President Franklin Roosevelt, that the MIT Radiation Laboratory was established to develop technologies for the detection of aircraft and ships • capabilities that were sorely lacking in 1940 • in conjunction with the British and their 10cm cavity magnetron, by means of the basic structure of a program that would develop the radar technology that subsequently had a decisive role in the Allied victory of World War II.

Following on from Dr. Bush’s idea of a ”MEMEX” in 1945 • Doug Engelbart, who was best known as the inventor of the mouse, but also came up with the idea of screens, and windows, and "hypertext", clickable links in text that could take you from document to document • IT WAS of course Apple Computers that put together the very first practical and demonstrable version of Bush's ”MEMEX”; developments of which Tim Berners Lee was able to avail himself, to create the Hyper Text Transmission Protocol [http://], the World Wide Web [www] and the concept of a Browser, which became Netscape, to establish THE new relationship between thinking man and the sum of our knowledge.

Tim Berners-Lee however • as the very inventor of the World Wide Web • who made the source code of his creation publicly available, and never made a penny from it himself, now understandably bemoans the state of play of all things that constitute the cloud. In response, computer scientists are developing tools that they hope will become the basis for an alternative, more distributed model that could withstand these threats to the original DEMOCRATIC IDEAS of establishing a global web of communication for by and of ALL the Peoples of ALL the nations of Planet Earth, to facilitate the fact that the overlapping domains of science, religion, and philosophy "should be regarded as virtual rain forests of cross-pollinating IDEAS" as precious reserves of endlessly fecund memes that are the raw ingredients of consciousness itself in all its diverse manifestations.

To strategise a path forward, over 100 technologists, academics, and advocates met at the Internet Archive in San Francisco for the Decentralized Web Summit. Many of the leading architects of the early Web were there, including Vint Cerf, one of the “fathers of the Internet” and even the inventor of the Web, Tim Berners-Lee. IF WE WANT TO CHANGE THE WORLD ...

THE NATURAL WORLD IS Y[OUR]HOME

of gravity that Dr. Daniel Keown has proposed as ...
THE SPARK in the MACHINE

[IT] IS TIME to STAY time•LESS [in4D] as Freespace CitiZENs