Transforming our ways of seeing the world 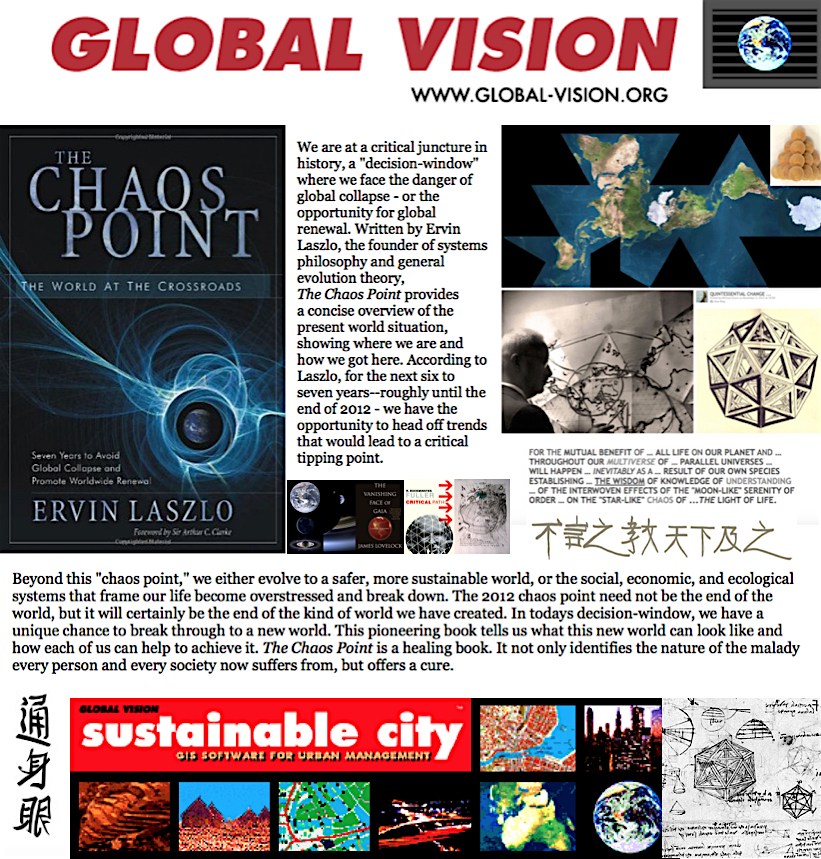 "As our new century unfolds, IT IS becoming increasingly apparent that the major problems of our time - whether economic, social, environmental, technological or political - are systemic problems that cannot be solved within the current fragmented and reductionist framework of our academic disciplines and social institutions. We need a radical shift in our perceptions, thinking, and values."

IMAGINATION alone can give us a VISION of the FUTURE

Michael O'Callaghan in Geneva, Switzerland. We aim to catalyse the

emergent global civil society consensus for system change, for as

Confucius said... "when people share a common goal, their natural

tendency is to co-operate in realising it."

We think this requires a trans-disciplinary, cognitive, artistic approach

to the global crisis. We are interested in the psycho-social process of

world-view transformation, the politics of perception, and the creation

of contexts of information or situations that focus attention on the

pattern that connects global problems and solutions to each other and

to our own ways of seeing them and discussing them.

This "outside the box" strategy is informed by 43 years' engagement

with a trans-disciplinary network of Nobel laureates, United Nations

artists around the world.

The Global Vision Foundation released this for New Year's Day 2015.

They shot it with the IVth Dalai Lama in late 1999, just before the

dawn of the new millennium. Topics include war, military budgets,

resources • inspiration • about the artist 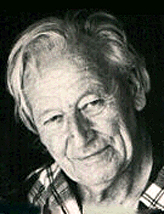 "The myth of power, is of course, a very powerful myth; and probably most people in this world more or less believe in it... But it is still epistemological lunacy and leads inevitably to all sorts of disaster... To want control is the pathology! Not that a person can get control, because of course you never do... Man is only a part of larger systems, and the part can never control the whole"

The Global Vision project was greatly inspired by Gregory Bateson, the late anthropologist, biological philosopher, and author of Steps to an Ecology of Mind, Mind and Nature: A Necessary Unity, and Angels Fear: Towards an Epistemology of the Sacred. Bateson developed Systems Theory and Cybernetics to investigate the self-organising aspects of biological and social systems, and he showed how most of the threats to our survival and well-being are the direct result of misguided attempts to apply linear control to biological and social systems whose mode of organisation is essentially non-linear.

He may yet be regarded as the most important thinker of the 20th century.

AS the Dalai Lama has himself proposed in the section of his millennium broadcast entitled ... Religious Pluralism - "unfortunately one cause of conflict, in the past as well as even today, is different religious traditions. In spite of our involvement with material development we still need spirituality and regardless of the differences between religious beliefs [at the source of conflict], the common  theme IS the PRACTICE of love, compassion and forgiveness. These different philosophies and presentations of decent human values       are very necessary, because we need a variety of religious traditions,  [to coalesce] an awareness of the message of these common values, which will provide the basis for establishing the harmony of mutual respect and understanding. The idea of pluralism is coming to enable a more compassionate humanity."

Equally the Dalai Lama concludes in the section of his millennium broadcast entitled ...

Secular Ethics - "We also need another kind of spirituality, without a particular religious belief, which simply calls on the human values of, [a] sense of being with one another, [a] sense of sharing with one another and [a] sense of responsibility of BEING part of HUMANITY; [BEING] on our shoulders. Pray, praying and meditation have some some effect but very limited; so that much depends on our ACT / ACTION/S, so therefore the [fact that the] future of humanity completely relies on [a] sense of responsibility and [a] sense of commitment; IS VERY IMPORTANT and that which [provides] another form of spirituality ... Secular Ethics, which is very necessary because we can't survive without basic human value.