IN NO DISSIMILAR WAY THAN ... 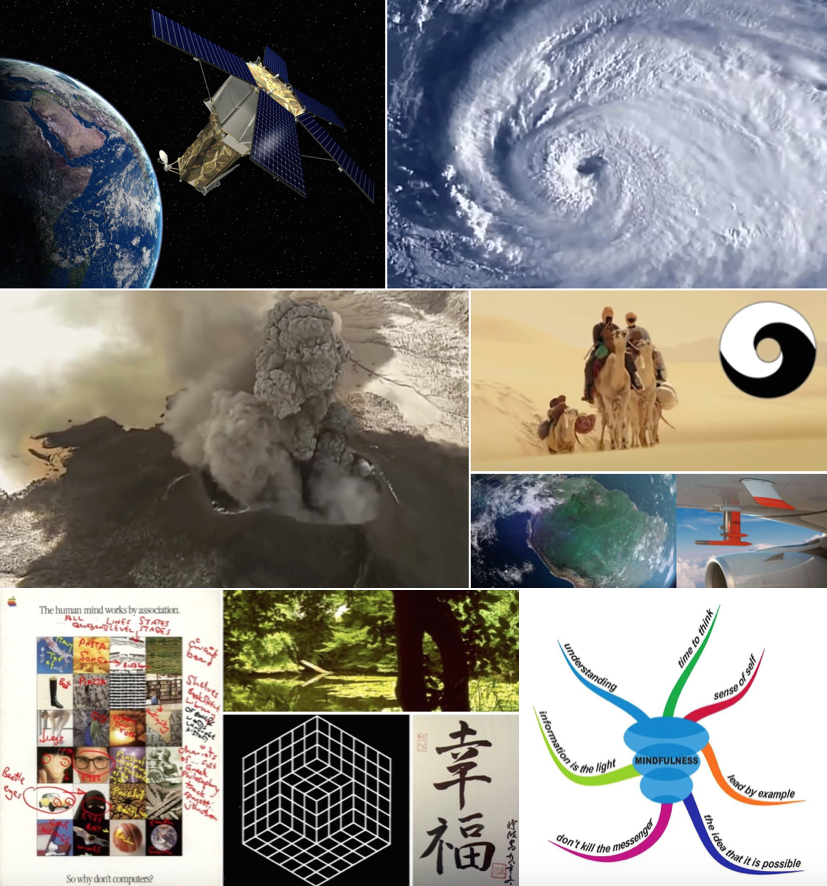 the Scientific Community of HumanKIND has discovered the interdependent interconnections of NATURE, on the surface of the land and the depths of the oceans, of [y]our pale blue dot - as exemplified in NOVA's brilliantly definitive Earth from Space video documentary - so also has that Scientific Community concluded, since the Icelandic Ash Cloud event ... that the same conditions that occur to create lightning in the atmosphere, also occur in volcanoes; as well as the facts that have proved that there are interdependent processes of interconnections between earthquake activity at the tectonic plate boundaries and subsequent volcanic activity; and that the overall process of NATURE is in fact equally mitigating the effects of global warming, whilst struggling to cope with our species ever continuing denial of the very consequences of consequences of our own particular interdependent interconnections WITH the COMPLEX SYSTEM which is THE NATURE of our pale blue dot at the heart of universal existence throughout the cosmos.

Taoism has, in Confucian eyes, a reputation for magical mumbo-jumbo, but Taoists can transcend magic by means of their doctrine of NATURE - to the one who would control her - is like any other beast to be tamed or foe to be dominated - she must be known first.

Tao has a mystical image in the West, but is rooted in commonplace observations - water, for instance, reflects the world, permeates every substance, yields, embraces, changes shape at a touch, and yet erodes the hardest rock. Thus it becomes the symbol of an all-shaping , all-encompassing, all-pervading Tao. Rex Beddis had himself visited and studied the

island of Heimaey Iceland and it was as a result

of that hands on experience, so to speak, that he

was keen to utilise this very subject as one of the