BONES of THE BUDDHA 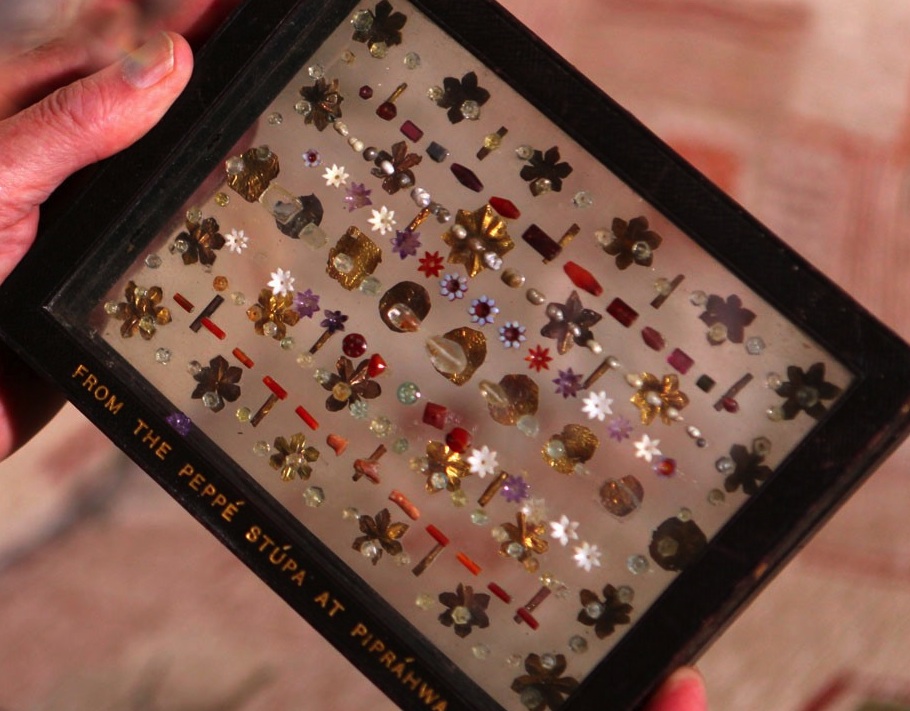 The village of Piprahwa has been identified as Kapilavastu,

the capital of the Sakyas, where the Buddha lived for 29 years.

became a wandering ascetic. The Buddha's 'Great Departure' from

Kapilavastu is a popular theme in early Buddhist art, for example,

appearing in narrative carvings at the stupa sites of Sanchi & Amaravati.

inscription dated to the Kushan period, confirming that this was the site of

which it is believed could have been the royal palace of the Buddha's family.

Buddha's teaching IS a way of life, not a way of belief.

He is not a philosopher, not a metaphysician.

He IS a very down-to-earth man.

Buddha says: You can change your life - beliefs are not needed.

In fact, beliefs are the barriers to real change. Start with no belief, start

with no metaphysics, start with no dogma. Start absolutely naked and

nude, with no theology, no ideology.

Start empty! That is the only way to come to truth." - OSHO

National Geographic Channel - the synopsis of which follows -

Do the jewels, bones and ashes found in an Indian tomb in 1898 mark the

final resting place of the Buddha himself, or was it all an elaborate hoax?

When Colonial estate manager, William Peppe, set his workers digging at a

mysterious hill in Northern India in 1898, he had no idea what they’d find.

Over twenty feet down, they made an amazing discovery: a huge stone

coffer, containing some reliquary urns, over 1000 separate jewels and

some ash and bone. One of the jars had an inscription that seemed to say

that these were the remains of the Buddha himself. This seemed to be a

most extraordinary find in Indian archaeology. But doubt and scandal have

hung over this amazing find for over 100 years. For some, the whole thing

is an elaborate hoax. For others, it is no less than the final resting place of

the messiah of one of the world’s great religions. For the doubters,

suspicion focuses on a key figure from the time, disgraced German

sets out to solve this extraordinary mystery once and for all.

I found this program from the National Geographic Channel very moving -

particularly because of my established respect for Ashoka - and the fact

subscribing to any other form of Buddhism.

for me it is most certainly the case that -

ZEN is TAO and NOT ZEN without TAO.

ZEN is BUDDHA and NOT ZEN without BUDDHA.

TAO & BUDDHA are independent & of ZEN.

ZEN is dependent on TAO & BUDDHA as ONE.

What surprised me - more than anything about this program however -

were the details of the almost totally corroborative evidence which the

A way to love & understanding... 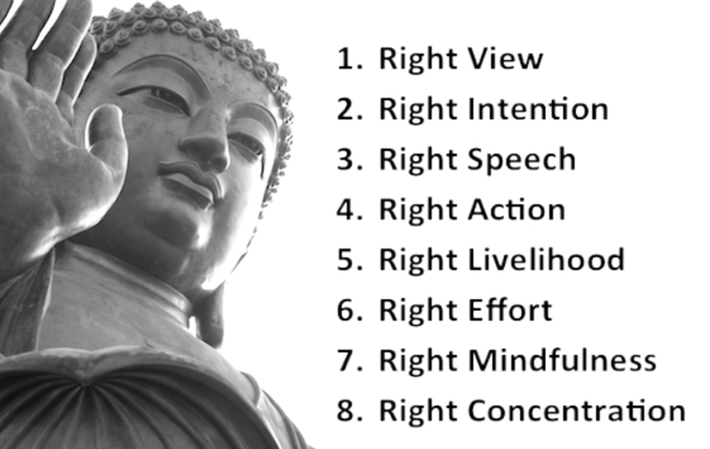