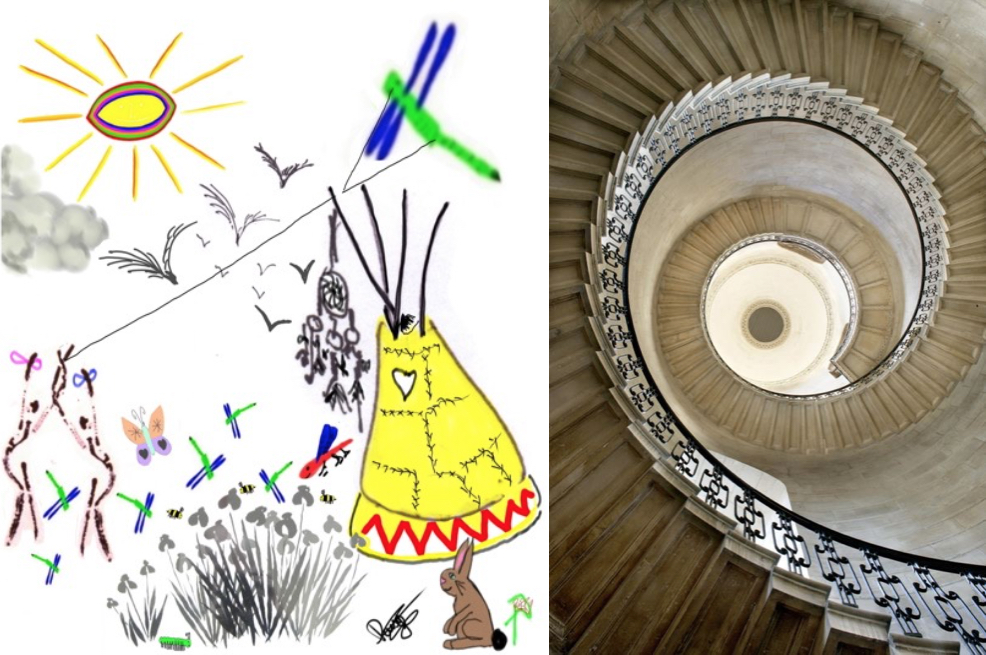 BUILD a NEW "Humpty Dumpty" by way of a model

which underpins the capability of ...

A scaleable, ever expanding, model which reflects our experience of expectations
and facilitates our understanding of the independence of interdependence
As Helen Titchen Beeth has so eloquently stated ...

"If we want to be evolutionary entrepreneurs who survive the acid test of natural selection—if we want our undertakings to take root in the world and thrive, to truly make the world a better place - then we need to understand what game we are playing, and the environment we are playing it in.

Entrepreneurship is about will. ‘Will’ is a word that doesn’t exist in science. Science sees our actions, but not what fuels them. Will is a phenomenon that we typically associate with the invisible interior of individuals and collectives. We cannot see it—only the outcomes of the actions driven by it. We could even see entrepreneurship as a driving force of evolution now that humanity is awakening into fuller consciousness of its own evolution.

At first sight, entrepreneurship is all about individuals. It is the individual will with a vision of change that starts the ball rolling. But the change can only happen if the will of the collective is engaged. How can we maximise our chance of making that happen?"

Since the dawn of time LIFE on EARTH has maintained its independence of interdependence as the nature of LOVE and it wasn’t until HOMO SAPIENS appeared on the scene that the experience of expectations was manifested as the LOVE of nature.

IT HAS forever been a life-force of our species to make patterns of everything, to explain the nature of love and use those patterns to experience the expectation of the love of nature.

Unfortunately those patterns have not always reflected the reality of the natural process.

Leaders throughout history have led the people of ASSYRIA, the people of GREECE and the people of ROME, through a demonstration of the fully integrated combination of the people’s experience of the expectation of independence of interdependence, as exemplified by the example of the particular leader of the time; which has ever since become the basis of the celebrity status of our old order leaders, working to an evolving tried and tested old order pattern, from Trajan to Hitler through Napolean and in more recent times the rebellious leaders of the NEW WORLD whose raison d’etre was to reject the old order model but in reality continue to adhere to the old order pattern.

With the advent of increasingly powerful communications technologies the role of President of the USA has been presented in ever more Trajan-like manner, as a fait acompli of what the executive has done and is doing to rectify the mistakes which have been done, without ANY apparent concern for the long term consequences for the people, who have been encouraged to be involved in what has been done, invariably in the name of the people.

For the first time in the history of our species on earth, the leader elect of our global society has established his celebrity status NOT ... as a result of his own personal experience, propped up by the experts and others in power who would seek to promote their own self-interested policies; BUT ... as a result of the voice of the people on the basis of what HAS to be DONE, in accordance with the voice of common sense independence of interdependence of the people for the mutual sustainable benefit of ALL the people of the USA.
We can NOW only HOPE and PRAY that the responsible ACTIONS of all the peoples
of the world in support of this new order pattern will result in a NEW ORDER GLOBAL
ENVIRONMENT for the mutual benefit of ALL that IS the NATURE of LOVE.
As the logical end to an illogical system reveals itself -

are starting to turn ! -


views (446)
Tagged with: change, the next buddha will be a collective, enlightenment, love, life, yes we can, zen

I feel energized as a citizen of another country is backing up our president-elect.

May we all realize that our true nature is love and that we are all one.

Thank you for this great blog Michael.

The old order solution design responsible for the in-balance and dis-harmony of our Eco-System will continue to perpetuate, until such time that the simple majority of
surviving members of our species on earth have “transcended the switch” and opened their eyes to the “other side perspective” of our mobius strip journey of existence.

In order that Homo Sapiens should transform rather than continue to translate their old order solution design experiences, those that have already “transcended the switch” and already opened their eyes to the “other side perspective” of our mobius strip journey, must cooperate and collaborate on the new order balanced eco-system solution design for a new order environment which will ensure the survival of LIFE on EARTH. In no different way than the zaadzsters@gaia have already demonstrated their potential to do so.

… and as Robert Dallek has written in The Daily Telegraph today, on the 45th anniversary of the death in Dallas of John F. Kennedy -

“Kennedy, too was under pressure to lift spirits of a demoralised nation” but “Barack Obama faces an even heavier burden of HOPE than John F. Kennedy”

and goes on to say …

” If Kennedy's death has any residual meaning for my country, then, it should be to understand how destructive it was to the nation's self-esteem as a rational democratic society that prided itself on non-violent constitutional change. In terms of America's future stability, preserving President Obama's safety, and
giving him the chance to fulfil his four-year mandate, might be as great a requirement as bringing its economy back into balance”.

This caveat regarding Obamas security resonates with what Don Beck says these days:

“Well, I think we now know. The mixture of Orange and Green value-systems without a good functional Blue expression of responsibility, discipline and regulations has helped provoke this crisis, especially in the home financing business. Unbridled Orange greed married to Green naivete is an unhealthy union as negative versions of these two codes have contributed mightily to the mess we are current in. This spiral down dynamic has literally exploded through financial institutes around the world. No doubt these toxic
elements reflect the end stages of the First Tier, a condition that Graves envisioned many years ago.

This will be a great time for people like us as even the election of President-Elect Obama did not causes this revival; it simply revealed what has been happening for some time. Social tectonic plates are shifting with mind-quakes on the surface that are just now becoming visible.”

So no personal security is at center of attention but the tectonic shifts now to be dealt with.

Nothing less than concertated efforts of world leadership in all areas of life is demanded.

Albert is so right in drawing our attention to what Don Beck,
in his torch carrying role for Clare Graves, has described above,
in the context of playing the game of “Spiral” Solitaire.

Nothing less than THE concerted efforts of world leadership …
in all areas of life IS demanded.

The rainbow color-guard of little ambassador children could be in color groups you described above? They can carry flashlights with a peace
sign in them, and flash them all over the world, instead of a torch? I
believe we need someone special to light our way, in this spiral soup
of change. Nothing lifts spirit like little children. It is human
nature. But the patriarchy must let go, and allow the little ones in.

Little children are the true “leader elects” of this planet.

Little children are indeed the true “leader elects” of this planet.

What a time it is to be alive.

Economic turmoil. Climate change. Energy and peak oil challenges. Many people are not just reassessing finances; they're beginning to reexamine the very foundations of ourway of life. They're opening up to bigger questions, like the one in response to the “green shoots” of economic recovery: ”recovery to what?”

The world is in transition, and leadership rests at the heart of it. Leadership with capacities that match the challenges we face.

We invite you to be a part of a conversation about ”what is really going on” through the medium of our new radio show, ZOOM'D Leadership. Join us as we engage a variety of experts in an inside-and-out look at the issues of our times.

This YES, WE Can need specification again and again.

Britishness at the Royal College Summit

It is the individual will with a vision of change that starts the ball rolling.

But the change can only happen if the will of the collective is engaged. 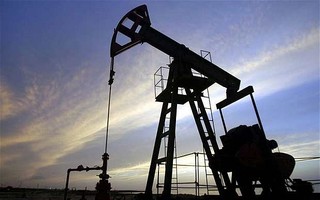 The unpleasant fact we must all face is that

IF you want, or `Plateau Oil’ - was briefly disguised during the Great Recession and is already back with a vengeance before the West has fully recovered.

The West has the disquieting experience of watching crude soar even as we languish in stagnation. This never used to happen. If we faltered, energy costs would fall too, acting as a stabilizer. This harsh new reality is going to become uncomfortable when the emerging world enters a new cycle of growth, leaving us behind. Rising utility costs have already raised the numbers of UK households in poverty from a fifth to a quarter.

We should not be defeatist. Engineers and scientists are forever at work. A quantum-leap is possible in solar technology. The Chinese may crack cheap and safe nuclear power from thorium, abdicated by the British. But we should not be complacent either. Windmills anybody?

"There is good reason to believe that the old order is coming to an end. A new normal is

emerging, and if societies are to thrive then we will need to do things differently. While the

transition must be assisted with technology and policy, this book describes the awesome

practiced what he writes about"